Would Canada benefit from a ministry of food and drink?

Historically, the Government of Canada has looked to the food industry for input on matters relating to food and beverage manufacturing, yet the processing industry remains extremely fragmented 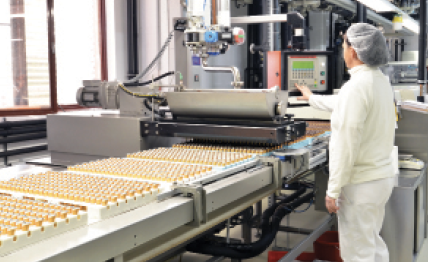 Governing Canada’s “food and drink” ecosystem has become infinitely more complex, which is why all federal political parties, industry stakeholders and other visionary meta-leaders should pause to embrace the concept of a new governance model for food and drink (F&D) within Canada.

Properly constructed, a new governance model can make it easier and more attractive for R&D, innovation, capacity-building and other value-added F&D related investments within Canada, and serve as an incredible marketing tool for Canada’s entire F&D ecosystem. Furthermore, it can lower costs to consumers for nutritious and carbon-friendly products; increase value-added exports; provide a platform for greater sustainability (environmental, social and economic) including food security; lower/prevent food waste and improve access to affordable nutritious food for all.

The game changers that necessitate the need to innovate Canada’s governance include: global climate change and other environmental concerns; geo-politics; an unabated imbalance of power between Canadian manufacturers and the majority of Canadian retailers (and to a lesser extent, food service).

Historically, the Government of Canada has looked to the food industry for input on matters relating to food and beverage manufacturing, yet the processing industry remains extremely fragmented. A partial list of organizations include: Food and Beverage Canada, Food Processors of Canada, Food and Consumer Products of Canada (FCPC), Dairy Processors Association of Canada, Beverage Canada, Beer Canada, Canadian Vintners Association.

In addition, here are other reasons to consider a new governance model:

In the interest of ending with a few inspirational thoughts:

In 2014 Scotland adopted a food and drink policy, which they refer to as a “Good Food Nation policy.” The policy set a new vision: by 2025 Scotland will be “a Good Food Nation, where people from every walk of life take pride and pleasure in, and benefit from, the food they produce, buy, cook, serve, and eat each day.” Sound appealing?

Canada doesn’t have a truly independent “food and drink” think tank. Should it have one, to assist with developing a national food strategy (not just a food policy)?

Is it time for a ministry of food and drink?