Waste not, want not

Canadian-made natural preservative Chiber will be launched in the U.S. by October

According to the Provision Coalition, it’s estimated that almost 60 per cent of food produced and distributed in Canada is wasted every year in Canada, and about half of that wasting can be avoided. This waste not only costs companies money (almost $50 billion a year in total), but it also reduces the supply of food available and can also contribute to climate change through methane landfill emissions.

The good news is that while food waste — and packaging waste as well — have been topics of conversation for quite a while, new initiatives with sizable goals attached to them are now getting underway.

For example, eight Canadian food leaders (Kraft Heinz Canada, Loblaw, Maple Leaf Foods, Metro, Save-On-Foods, Sobeys, Unilever Canada and Walmart Canada) have committed to cut food waste in their operations by 50 per cent by 2025. The firms will measure their progress using the globally recognized Food Loss and Waste Accounting and Reporting Standard and will report that progress annually. This initiative is in alignment with the National Zero Waste Council’s A Food Loss and Waste Strategy for Canada, and surpasses the United Nations Sustainable Development goal of 50 per cent reduction in food waste by 2030.

“What’s most exciting about this announcement is the collaboration between the major retailers and manufacturers,” says Cher Mereweather, Provision Coalition executive director. (Provision Coalition works collaboratively with the food industry to address large challenges including the reduction of food waste, responsible sourcing and more.) “A shared commitment to food waste prevention and reduction can speed up change and achieve greater results.”

It’s important to recognize that most major food processors and retailers, says Mereweather, are already diverting some surplus food to people in need, or, sending materials not appropriate for human consumption for livestock feed, composting or energy generation. Mereweather notes that after all prevention methods have been implemented, manufacturers should follow the industry food recovery hierarchy. There are also, she says, more and more innovative companies popping up to deal with food waste, such as Oreka Solutions, which uses food waste to produce black soldier flies which become a livestock feed ingredient, and Genecis, which is engineering bacteria to convert organic waste into specialty chemicals. CCI BioEnergy and its partners have implemented anaerobic digester projects to turn food waste into electricity in Toronto, Montreal and other locations.

However, Mereweather notes that prevention at the source should be the focus, and the next step for the industry is to get every other food and beverage company across Canada to formally commit to a significant waste reduction goal. She notes that now that her organization has successfully demonstrated the business case for food waste prevention (see sidebar for more), it’s time to share these success stories with industry to encourage more action.

This June, Loblaw announced that by mid-2020, it will launch a pilot project in Toronto involving Loop Global, a packaging waste-reducing platform from a waste management firm called TerraCycle. Loop already has tens of thousands of participants worldwide, and its programs are now available in nine U.S. states. 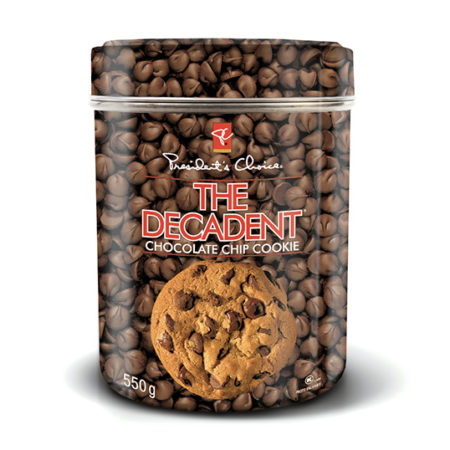 Once they place an order online, Toronto pilot project participants will receive their grocery products in a Loop shipping tote. After use, they will place the empty containers into their Loop totes and go online to schedule a pickup from their home. Loop will then clean the packaging so that each container may be safely reused as needed. There is no cost for using the Loop platform, says Loop/Terracycle global vice-president for Creative & Communications Lauren Taylor.

“The consumer pays for the cost of the product,” she says. “Plus a refundable deposit for the container and tote, and shipping.”

For its part, major Eastern Canada grocery chain Metro announced in April that it would allow its Quebec customers to use their reusable containers for ready-to-eat meals and baked goods. To do this, Metro has to follow specific conditions set out by Quebec’s Ministry of Food and Agriculture, and customers must ensure their containers have been properly washed, with logos and bar codes removed.

It’s important that we all recognize just how difficult setting up a “green” supply chain can be, says Sylvain Charlebois, director at the Dalhousie University Agri-Food Analytics Lab.

“One reason for that is that it’s always been difficult to get municipalities to endorse compostable solutions,” he says. “So, the current strategy is to keep governments out of solutions as much as possible. And we need to recognize that what works in Vancouver might not work in Calgary or Halifax, so to do anything on a national basis, a retail chain has to have things standardized. That’s the only way it’s affordable. There is no easy solution, and consumers, in the end, will pay for these programs.”

Loop Global’s take on the big picture is similar. “There is a certain risk that the first retailer in each market takes by partnering with us and a lot of work is being done in order to understand how Loop can work in each country,” says Taylor. “Loop is, therefore, honouring that by granting a limited period of exclusivity with each first retailer in a given market.” In the case of Canada, that’s Loblaw.

Reducing plastic in other ways

On July 1, P.E.I became the first province to ban single-use plastic bags. Major retailer Sobeys plans to remove plastic bags from all its 255 grocery stores in Canada by the end of January 2020. The chain has stated that this action will take 225 million plastic grocery bags out of circulation each year. In addition, as the firm expands the ban to its other stores (FreshCo, Safeway, Foodland, IGA and Rachelle Béry), over 800 million plastic bags will be taken out of circulation. Customers will be encouraged to use reusable bags but the stores will also make paper bags available. In addition, starting in June at IGAs, mesh produce bags made from recycled water bottles were introduced. They were rolled out in Sobey’s stores in August.

In Alberta, retailer Calgary Co-op has found great success with its compostable shopping bag program, so much so that it has announced it will eliminate plastic bags entirely at its liquor stores, convenience stores and gas bars. Consumers have the option to either bring a reusable bag or pay 10 cents for a 100 per cent compostable bag that can be used again or placed in home kitchen compost pails or green bins.

This falls in line with recommendations from a new study by Charlebois and his Agri-food Analytics Lab colleagues Tony Walker, Eamonn McGuinty and Janet Music, called “The single-use plastics dilemma: Perceptions and possible solutions.” The study included a related survey, which found that to reduce single-use plastic consumption, almost 90 per cent of respondents believe they should be further educated on recycling, plastic use and overall environmental impacts. About three-quarters of respondents believe media coverage and pressure on the food industry is also an efficient single-use plastic food packaging reduction strategy, and about the same believe that a corporate incentives program is an efficient method of changing consumer behaviour towards single-use plastic food packaging.

However, Charlebois and his colleagues have also stated that “charging more for an eco-friendly program in food retailing remains a non-starter for most Canadians. Consumers are not willing to pay more to address our collective addiction to plastics.”

Looking forward, one important factor will also be the plant-based “plastics” now being developed from crops or wood, some of which are being marketed already; water-proof plant-based “films” are also being developed for lining drive-thru coffee cups and many other applications. As to whether (because it won’t be long until these products are in common use), it’s worth it to our food industry and as a society to worry about reduction in single-use plastics when they will soon be obsolete, Charlebois isn’t sure. “I see momentum there, I see the industry evolving,” he says. “But replacing plastics is not going to be easy.”

At the Food Loss + Waste Results & Recommendations Workshop on September 12 in Mississauga Ont., the Provision Coalition shared results from 50 food loss and waste prevention assessments completed in facilities across Canada. Real-world return-on-investment stories and the bottom-line impact were highlighted (preliminary analysis of the first 30 facilities shows an average annual savings of $255,000), and best practices presented.

With partners, CCI BioEnergy has implemented large-scale anaerobic digester projects to turn food waste to energy in Toronto, Montreal and other locations. In Toronto, the project is connected to the Green Bin Program.

Loblaws announced that by mid-2020, it will launch a pilot project in Toronto involving Loop Global, a packaging waste-reducing platform from a waste management firm called TerraCycle. Once they place an order online, Toronto pilot project participants will receive their grocery products in a Loop shipping tote. After use, they will place the empty containers into their Loop totes and go online to schedule a pickup from their home. Loop will then clean the packaging so that each container may be safely reused as needed.