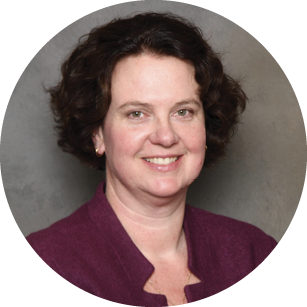 As 2020 came to an end, Canada was well into the second-wave of COVID-19 and social gatherings once again became limited, or cancelled altogether. But there was hope on the horizon with arrival of the first vaccines, and the assurance from the federal government that nearly every citizen would be vaccinated by the fall of 2021.

But this hope was deflated somewhat in mid-January with the announcement from Anita Anand, Canada’s minister responsible for vaccine procurement, that Canada would experience a “temporary delay” in shipments of the vaccine manufactured by Pfizer because the pharmaceutical giant wants to expand its production capacity.

Prior to Anand’s announcement, Canada had received close to 400,000 doses of the vaccine.

An additional two million doses were expected in February, but that timeline is now up in the air. However, despite this hiccup the federal government seems confident that overall, the timeline for vaccine rollout across the country shouldn’t be greatly affected.

When the vaccine first became available, the federal government released recommendations on which groups should be given highest priority and be given the vaccines earlier than others. Frontline healthcare workers and hospital patients, those at high-risk of severe illness from COVID-19, elderly citizens over the age of 70 (with those over 80 being vaccinated before those in their 70s) and those living in long-term care homes are, understandably, and rightly, the first group to receive the vaccine. Following this group, the recommendation is for vaccination of those “contributing to the maintenance of other essential services for the functioning of society.”

If one were to ask any person right now what the definition of “essential” (outside of healthcare) is, and what keeps society going right now, you will likely get hundreds of different answers. But this is exactly what the federal government has asked each provincial government to do, because deciding which groups outside of the very vulnerable should receive the vaccine next has been left up to them to decide. And not surprisingly, each province has its own idea.

Unfortunately, those working in the food and beverage industries (processing, distribution, retail), including temporary foreign workers, have not been deemed a high-priority group, with the exception of Ontario. In early December, the Canadian Meat Council released a statement urging governments to consider those working in the meat industry be given priority after high-risk groups and frontline healthcare workers. The United Food and Commercial Workers (UFCW) as well as many other industry associations also put out statements echoing the importance of ensuring Canada’s food and beverage workers, who have played a key role in keeping food on grocery store shelves, be considered next in line for the vaccine. In the U.S., the Centers for Disease Control have announced that after healthcare workers, meat and poultry processing plant workers are next.

Everyone would like to see an end to this pandemic, and it’s difficult to decide who gets priority on vaccination. But food is essential, and those who produce it should be given more consideration by our governments.