Warrior Spices use ingredients handpicked by Indigenous communities across Quebec 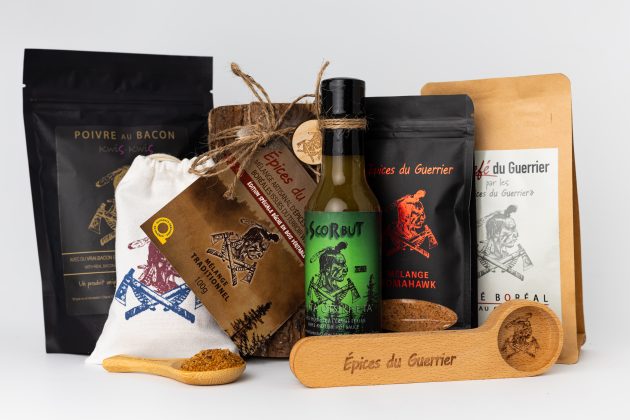 Daniel Picard has spent much of his adult life travelling the world in search of meaning as an Indigenous man in Canada. Now the budding food entrepreneur is using the knowledge he acquired in his travels to bring a unique taste of First Nations cuisine to the world.

“Our products are made from traditional recipes using local ingredients like plants, herbs and maple sugar and other contemporary foods,” said Picard, founder and president of Les Épices du Guerrier, or Warrior Spices. “Our mission is to offer high-quality Native culinary products that are distinct from anything else on the market.”

One of those products is Les Épices du Guerrier’s Traditional Blend. Made with a dozen ingredients that include maple sugar, sea salt, dune pepper and balsam fir, it is the company’s original spice and its No. 1 bestseller.

“I invented it,” said Picard. “It’s got a sweet, peppery taste that combines the flavours of hand-picked herbs and spices from the boreal forest with maple sugar. You can use it on any foods in place of salt and pepper. You can even use it on ice cream.”

Other top-selling blends include the Tomahawk, which incorporates small amounts of ghost pepper, and Boreal Bacon Pepper, which features smoked bacon and green alder pepper that is harvested by hand by Indigenous pickers on the ancestral lands of several of Quebec’s 11 First Nations communities, which number nearly 150,000 people or two per cent of Quebec’s population.

For Picard, the growing popularity of his company’s niche products in a global spices market that is worth an estimated $100 billion is both a source of pride and a high-water mark in a life that has come full circle. 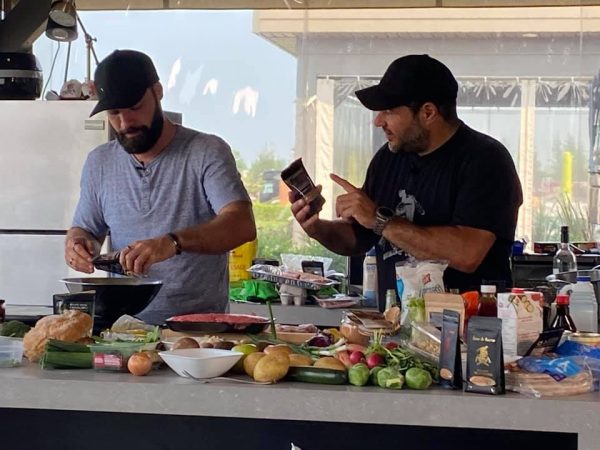 Picard had a troubled youth and left home at age 15 with dreams of becoming a pilot. Instead, he ended up studying psychotherapy at college and working until his late 20s in recreational and social services for troubled youth in various First Nations communities across Quebec.

From 2004 until 2009, Picard travelled more than 300,000 km around Quebec and filmed 150 episodes that were aired on cable and network TV stations, including APTN.

“I learned a lot of traditional recipes from elders that used mixes of herbs and spices and other foods from the boreal forest,” said Picard. “First Nations people and Innu have used hundreds of plants for thousands of years for everything from medicinal purposes to flavouring the different meats and fish they ate and as substitutes for vegetables. The variety of uses is astounding [and] many are absolutely delicious for cooking.”

In 2016, when Picard was helping raise money for a youth centre in Wendake he first hit on the notion of making an Indigenous spice.

Together with Patrice Dion, a friend, fellow inveterate traveller and partner in a few small business ventures, Picard made a large batch of spice (using many of the ingredients that would later be found in their Traditional Blend) and packed it into 500 small, hollowed-out wood logs.

“We used logs instead of jars or pouches because logs have spiritual meaning in aboriginal culture, and they look nice,” explained Picard.

The duo took the logs to one of Quebec’s biggest annual outdoor events—the Festival Western de Saint-Tite, which is held in early September—and sold out in hours.

After donating all their proceeds to the youth centre, Picard and Dion dove into what they saw as a promising business venture.

By early 2017, they were making their single spice at Picard’s place and selling it in 100-g quantities in logs for $24.95 apiece at more than 100 stores of all stripes.

“We sold 10,000 logs the first year,” said Picard. “Everyone was calling us. We couldn’t keep with demand.”

After an appearance on Radio-Canada’s version of Dragon’s Den, which netted them two offers that never panned out, the two rented a small plant in the Charlesbourg neighbourhood of Quebec City, bought a couple of packaging machines, and started making and producing a wider variety of spices and coffee blends for sale in stores and online.

They also began creating and training teams of mostly First Nations pickers who go into the forest in search of the ingredients they needed to make their products.

“Our name, Warrior Spices, is for our pickers,” said Picard. “They go into the woods and get down on all fours in all conditions—black flies, bears, snow, rain and cold—to find and pick the plants we need. They are real warriors.”

Once harvested, the materials are dried, crushed and mixed by hand, either in Quebec City or by First Nations partners like Aqua Nature, which has pickers of its own.

“Everything’s done by hand except for the packaging,” said Dion, the company’s vice-president operations.

Packaging for online sales, he added, is done in Quebec City, while most retail packaging is now being completed by an Innu partner.

After moving last year to a new plant in Wendake (in the back of a seasonal ice cream counter called Boréal that also sells Warrior Spice products), the company has continued to expand its product line.

In addition to its three top sellers, Warrior Spices produces a spice for each of Quebec’s 11 First Nations communities. Additionally, it manufactures sauces, gift sets and blended coffees (“a fun sideline for us,” said Dion). It also still makes and sells its original logs for $28.

“They have some very original and interesting products, and Daniel is a very good salesperson,” said Jean Soulard, one of Quebec’s most famous celebrity chefs and author of more than a dozen books on cooking. “Their (Boreal Bacon Pepper) in particular is a very interesting item that really stands out.”

For Soulard, who cooked in some of France’s top restaurants before coming to Canada 30 years ago to take over as head chef at the Chateau Frontenac in Quebec City, there is both strong and growing demand for local, artisanal foods and ingredients like Warrior Spice products.

“We’re not just talking about for tourists, but for Mr. and Mrs. Everybody,” Soulard told Food in Canada. “People are learning to appreciate things they didn’t have access to 30 years ago or turned their noses up at, like forest foods and even seaweed. It takes time, but we’re getting there.”

Since less than 10 per cent of the entire spice market is sold to consumers, with 90 per cent of sales going to restaurants and packaged food manufacturers, Laura Shumow, executive director of the American Spice Trade Association, said specialty local spice products like Warrior’s brands represent “a small fraction of a market that is already a fraction of the total spice market.”

Most common spices, added Shumow, are also grown in tropical countries outside North America. However, she believes the uniqueness of local ingredients, together with the increase in home cooking during the pandemic, have led to an uptick in consumer sales of locally made spices and seasoning blends.

“As more people had more time at home and were eating out much less often, consumers became more interested in learning new recipes and experimenting with seasonings,” said Shumow. “Additionally, the pandemic sparked more interest in health-promoting properties of foods and seasonings, with a special focus on any potential immunity effects, but also a general interest in healthful properties of ingredients.”

For Picard and Dion, the focus now is on building their company’s capacity by training more pickers and mixers and tapping into new markets, including other Canadian provinces and the United States.

“We’ve done some food shows and tastings in the US that were super successful,” said Picard. “We’re happy with how things are going and there are many interesting avenues for us to explore.”