Asian and European flavours, along with comfort food and locally sourced ingredients, are among the influences shaping food in Canada 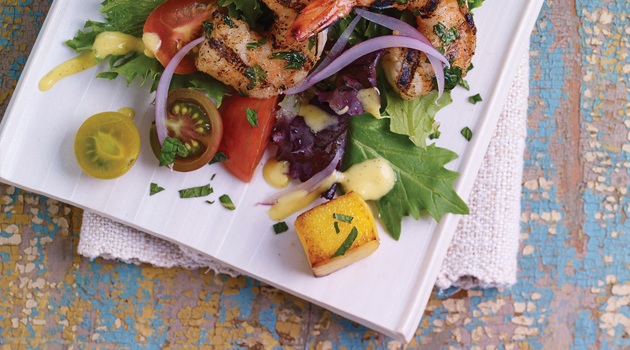 More than ever in our hyper-connected, cuisine-obsessed world, influences from around the world and our own backyard are shaping the prepared foods showing up on retail shelves across the country. On top of that, Canada’s multicultural population provides a large and receptive audience for bold global flavours.

The team also looked to the United Kingdom — like New Zealand, a “highly developed soup market,” notes Sheehy — and created mint-scented Somerset Garden Pea based on that soup’s popularity in England’s Oxford area. Sheehy adds that the Canadian fresh-soup market, estimated at $30-million annually, is growing by more than 20 per cent each year.

Closer to home, demand continues to grow among North American restaurant-goers for foods made with locally sourced ingredients. In 2013, Happy Planet introduced the Locally Inspired line of soups built on Canadian-grown vegetables such as carrots from Chatham-Kent, Ont., accented with ginger, coconut cream and curry, and mushrooms from B.C.’s Fraser Valley zinged with mascarpone and thyme.

At Campbell Company of Canada, pub food inspired three Chunky Soups that were introduced in August. “[Campbell] wanted to take Chunky back to its roots as a masculine brand — a soup that eats like a meal,” says senior director of Marketing Moya Brown.

To that end, Campbell’s research and development team looked at the rebirth of pubs and identified the continuing trend towards sliders (mini-hamburgers) and the enduring popularity of shepherd’s pie, an iconic pub food. Pasta-with-meat Chunky varieties hold strong appeal for families, a key target demographic for the brand. The result was three Pub Inspired Chunky Soups:  Smokin’ Bacon Cheese Sliders; Alehouse Shepherd’s Pie; and Meatball Bustin’ Sausage Rigatoni — developed in Canada for the Canadian market and produced at Campbell’s west-end Toronto plant.

The line, introduced in summer 2012, includes shepherd’s pie, lasagna, beef chili and meatballs, all featuring Angus beef raised without antibiotics or hormones at the company’s home farm in King City, Ont., and at affiliated family farms in Ontario and Alberta. Available at Loblaws, Whole Foods and Toronto-area specialty stores, Beretta’s frozen entrées rang up sales of more than $300,000 between April and December 2013.

A range of international food trends figure prominently in the product line of Summer Fresh Salads, a Toronto-based supplier of dips, hummus, salads, sauces and desserts available Canada-wide. Among the trends spotted by the Summer Fresh R&D team, according to Michael Schmidt,  director of Art and Marketing, are rich desserts in a “mini” size like those featured on restaurant menus worldwide, and seen in the company’s Chocolate and Sweet Salted Caramel mini-mousses.

Also gluten-free are the cocoa/vanilla and ginger/cinnamon buckwheat snacks produced by organic artisanal bakery ShaSha Co. Founder and CEO Shasha Shaun Navazesh scours the world to track international food trends, and witnessed buckwheat’s popularity in Russia and Ukraine while visiting those countries. ShaSha’s products are sold in about 1,000 Canadian stores and rack up annual sales of approximately $10 million.

The Future of Flavour

What does the future of flavour hold? Providing clues is the Flavour Forecast 2014 compiled by a global team of chefs, culinary professionals,  trend trackers and food technologists at  McCormick & Company, producer of spices, seasoning mixes and dry sauces. Among McCormick’s forecasted trends:

• The world is craving heat in a big way. Beyond just discovering new chili varieties, this obsession extends to using techniques like grilling, smoking, pickling, fermenting and candying to tease out their flavour potential.

• Indian food is finally having  its global moment. Already familiar with basic curries, people around the world are taking their appreciation for this richly spiced cuisine to the next level, exploring more flavours in new  contexts, from food trucks to fine dining.  Flavours to explore: Kashmiri masala (Northern Indian spice blend of cumin, cardamom,  cinnamon, black cloves and ginger) and paneer (versatile, fresh cheese with a mild flavour).

• Mexican flavours are on the move.  From a growing taste for regional Mexican fare in North America to early exploration in China, cultures across the world are embracing authentic elements of this bright, bold and casual cuisine. Flavours to explore: chamoy (a condiment combining apricot, lime, chilis and spices) and tomatillos (a tomato-like ingredient imparting a bright, lemony flavour).

• As host to the 2014 FIFA World Cup, Brazil will bask in a global spotlight that will illuminate the vibrant flavours and traditions of a dynamic culture that includes European, African, Asian and native Amazonian influences. Brazilian tastes are poised to emerge as a powerful  influence in cooking around the globe. Ingredients on the rise: guava (tropical fruit enjoyed fresh or as a nectar and paste) and tempero baiano  (a Bahian seasoning blend containing oregano, parsley, varieties of pepper and cumin).