There’s much more to watermelon than simply water

Watermelon may be 94 per cent water, but it's packed with health-promoting nutrients 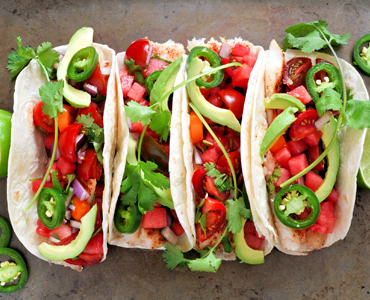 If you love watermelon, or if you’re just curious, search online for Giovanni Stanchi, an Italian artist from the 17th century. What you’ll find from the still-life artist is quite likely one of the earliest paintings of watermelons. Compared to how we know watermelons today, his depiction is surprisingly unappetizing.

It’s also fascinating, though, to have a glimpse of what wild watermelon may have looked like before people began breeding it to create the watermelon we know today – lush, juicy red and most of the time, seedless.

But the watermelon’s story goes farther back than the 17th century. Most experts agree that it originated in Africa, and appeared in Egypt about 5,000 years ago. Stephanie Barlow, senior director of Communications for the Florida-based National Watermelon Promotion Board, says the early watermelons likely “grew on vines, wild and on the ground. And people first started cracking into them for sources of hydration.”

What makes it good for us?

It should come as no surprise that watermelon is made up of 94 per cent water. But, says Felicia Newell, a nutritionist and registered dietitian candidate and owner of Newfoundland’s Sustain Nutrition, “it is still packed with health-promoting nutrients. As an excellent source of vitamin C and other antioxidants, watermelon can help prevent cell damage and combat the formation of free radicals known to cause cancer. It is also a source of vitamin A, vitamin B6 and amino acids.”

Newell says watermelon also has more beta-carotene than berries, and contains carotenoid phytochemicals, such as lycopene (in red watermelon). “Diets high in carotenoid-rich fruits and vegetables are associated with helping to reduce the risk of cardiovascular disease and some cancers,” she explains. Watermelon has as much lycopene as cooked tomatoes, but compared to a raw tomato a serving of watermelon “has three times as much lycopene,” adds Newell.

But what about the sugar content? The New York Times posted an article on watermelon on July 1, 2016 called “Ask Well: Is Watermelon Good for You?” In the article Jennifer McDaniel, a registered dietitian and spokesperson for the Academy of Nutrition and Dietetics, says “the sugar content [in watermelon] is actually lower than some other fruits.” A medium banana, says the article, has 14 to 15 g of sugar, while a cup of diced watermelon has about nine grams. McDaniel adds that watermelon’s water content “gives it a low glycemic load.”

Scientists such as Shubin Saha are also looking at watermelon’s nutritional benefits. Saha, who now works in the private sector, has a Doctorate of Plant Medicine as well as a PhD in Horticultural Sciences, and used to work at Purdue University in Indiana as an Extension Vegetable Specialist. There Saha saw the waste in watermelons and decided to investigate whether the fruit had health benefits that would help the industry both environmentally and economically. He conducted his studies on mice and found that “mice given a two-per-cent watermelon juice drinking solution saw a reduction in body mass (specifically body fat), reduction in cholesterol levels and reversal of atherosclerosis in the aorta.” He says the work they did is promising, but more research is needed.

How should we eat watermelon?

While Barlow can speak to watermelon’s nutrient content, she also points to the fun of “playing with watermelon recipes and different carving ideas.” Watermelon works in salsas and salads, and goes well with herbs, citrus and salty cheese such as feta. She adds that most consumers don’t realize their value concept – you can get about three dozen servings out of an average watermelon, she explains – and you can consume the whole thing, including the rind. “You can use the rind in a slaw or a stir fry, kimchi and other types of pickling,” she says. In fact, a recipe for pickling the rind dates back to the first cookbook in the U.S., The First American Cookbook: A Facsimile of “American Cookery” by Amelia Simmons, from 1796.