The rise of probiotic drinks

Trends in gut health and probiotics in beverage processing

The connections between digestive health, the microbiome, gut health, and cognitive function, energy and mood are better understood now. The potential of probiotics to serve a positive influence on immunity is leading new research. According to the International Scientific Association on Probiotics and Prebiotics (ISAPP), the widely accepted scientific definition of probiotics are ‘live micro-organisms that, when administered in adequate amounts, confer a health benefit on the host’.

Probiotics are said to enrich the gut microbiome with healthy bacteria by digesting different types of prebiotic fibres and producing beneficial compounds as a byproduct. Foods (e.g. kefir and kombucha) have been fermented for thousands of years to produce natural probiotics.

Current interest in, and demand for functional beverages such as probiotics, may come from the perception that overly processed foods can lack the nutritional value and elements required for a healthy gut environment. GetNews, in February 2022, added that consumers are realizing probiotics in a regular diet offers health benefits including improved digestion, boosted calcium absorption and general energy improvement. A 2017 assessment by GanedenBC, notes that 76 per cent of U.S. consumers are aware of probiotics, and 93 per cent of those consumers believe probiotics can support their digestive health. 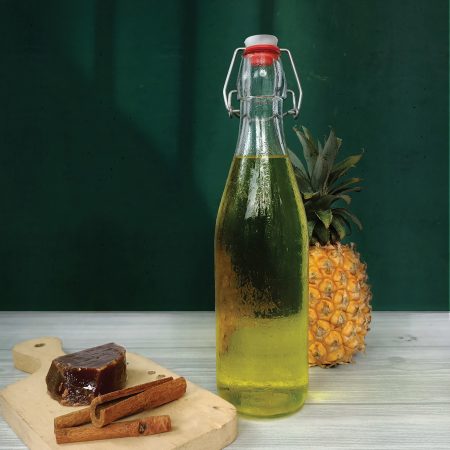 Tepache is a fermented, slightly alcoholic drink that is popular in Mexico and central America. Photo © EyeEm / Adobe Stock

Fortune Business Insights has argued that greater demand for healthy, functional foods and beverages will be a positive driver for probiotics, and that given the global rate of obesity has tripled in the past half century, the impact of lifestyle diseases will drive demand for immunity- and vitality-boosting products. In 2021, Food Beverage Insider referenced a Grand View Research assessment of the global probiotic drink market with an estimated CAGR of six per cent between 2020-2027, while Data Bridge Market Research expects probiotic beverages to reach $69 billion by 2027, with an eight per cent growth rate from 2020-2027, led by the Asia-Pacific region, with strong performance of both dairy- and fruit-based probiotic beverages.

Probiotics also fit into active lifestyles by claiming to boost immunity and help with irritable bowel syndrome or strenuous fitness routines. Writing for Shape magazine, Kelly and Mackenzie mention that while health authorities have not officially approved the health claims of probiotics, they can be an important part of a nutritional diet. Further, probiotics are best consumed after prebiotics (fibrous food such as fruits and vegetables, whole grains, etc.) that then ‘feed’ the functioning of probiotics.

Amidst the exuberance of recent years, experts seem to suggest more clinical trials are required to better understand the myriad ways in which probiotics interact in different human biochemistries, with different food pairings. The surge in probiotic drinks also provides a reminder of the important role of safety evaluation, consumer information and practical regulation. 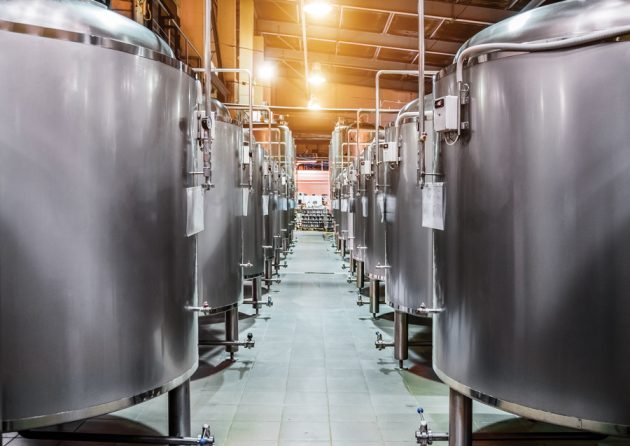 Probiotic drinks have many forms and manifestations. Some traditional drinks, such as kefir, (a fermented dairy product), are an excellent source of protein, calcium and vitamins. Kombucha has emerged particularly in North America over the past decade as a plant-based alternative (and with a history all its own). Probiotic drinks are generally manufactured by adding dairy, water, fruits or herbal extracts, and sugar to a probiotic culture of bacteria and yeast in a process using bio-fermentation. Additional probiotic traditional beverages include tepache (a fermented, often slightly alcoholic drink popular in Mexico and central America), apple cider vinegar, and kvass (a fermented beet juice, low in sugar, and often filled with wild probiotics).

Whether or not probiotic drinks will grow in greater popularity via dairy- or plant- and fruit- based sources remains to be seen. The natural richness of human cultural traditions in fermented beverages is extensive, and often location specific, such as hardaliye, a unique fermented beverage made from red grapes in Turkey. Whichever the case, Mordor Intelligence said in 2021 that many beverage companies are extending their product lines by adding a probiotic beverage to meet the worldwide demand for functional foods.

Nazhand et al, writing in 2020, note that fermented yogurt is worth an estimated EUR46 billion worldwide, adding the human consumption of fermented beverages forms the fastest-growing segment of the U.S. food market. As a low-cost technology, fermentation plays a key role in enhancing the nutritional value and sensory property of beverages.

A space of particular attention among some of the leading global food and beverage brands has been meeting the demand for probiotics from either dairy or plant-based sources. Some of the most established brands in this space include France’s Danone, Canada’s Lallemand, Pepsi and Post from the USA, Japan’s Yakult Honsha, Switzerland’s Nestle, and Hanssen from Denmark.

In particular, for a younger demographic, plant-based probiotics may have a greater consumer preference. Harfmann, writing in Beverage Insider in February 2022, mentions that on TikTok, the hashtag probiotics touts over 107 million views alone, not including views of varied hashtags, and that there has been a 30 per cent increase in #probiotics on Instagram between August 2020 and January 2022. Leading brands are also introducing innovative new probiotic drinks that are shelf-stable, do not require refrigeration and are targeted at fitness, energy and performance communities.

Legacy probiotic dairy-based drink companies, such as Yakult and Bio-K, are facing intense competition from emerging firms. Each brand is responding to their market segments with tailored products, such as for aging populations (and their needs in preventative health and cognitive function). Mordor Intelligence added that in July 2020, Chobani launched a new plant-based probiotic drink with fermented fruit juice and oats.

Creativity is being delivered by companies like So Good For You with their line of probiotic juice shots, containing, for example, apple cider and ginger, with up to 1 billion CFUs (colony forming units), or Siggi’s plant-based probiotic drink made with coconuts and pea protein. Out of Australia is the notable, Remedy, producing over 90 million cans and bottles per year shelf-stable kombuchas and Scoby (a symbiotic culture of bacteria and yeast). The possibilities for probiotic innovation in beverages continue as well with Portland-based (Oregon) Good Wolf beverage company and their probiotic tonic, a sparkling water kefir benefiting from its function as both a prebiotic and probiotic. Amid the important and current factors of convenience and strong concern for proactively managing personal health, probiotic beverages seem to have a positive outlook.

This article was originally published in the April/May 2022 issue of Food in Canada.