New natural colours are bursting onto the food scene in Canada, at the same time costs are expected to steadily drop 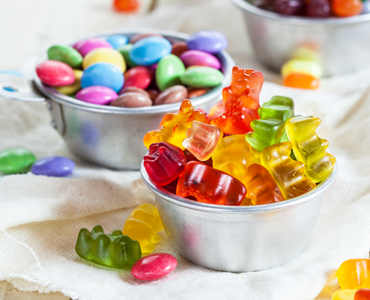 Natural colour is extremely hot these days. The sales growth of natural colours continues to more than double the average food industry growth rate, says Gary Augustine, executive director of Market Development at Kalsec. “This is being driven by continued concerns for clean labels and [concerns over] the use of synthetic colours, particularly in children’s foods,” he notes. Indeed, Tammi Higgins believes the desire among food manufacturers to have clean labels means that natural colours are now an essential component of food and beverage products. “Continued use of artificial colours risks alienating consumers,” observes the global head of Coloration at Lycored.

In a 2015 Kalsec survey, more than 80 per cent of parent respondents in the U.K. and U.S. indicated that they are more likely to purchase a food product for their children if it contains a naturally sourced colour instead of a synthetic colour. And seven of every 10 parents indicated they would be willing to pay a premium for food products containing naturally sourced colours.

Steve Morris agrees that a big shift is on the horizon. “Consumer demand is accelerating the conversion over to natural, and this shift will be very noticeable by 2017,” notes the Sensient Colors general manager for Food Colours in North America. “The consumer demand is being led by ‘Millennial Moms’…They have a fear that artificial colours, sweeteners and other ingredients could have adverse effects on their kids, even in cases where little scientific evidence exists to support those fears.” Sensient recently conducted national research on consumer attitudes toward colour, and specifically which categories mattered most, and found that over half the U.S. population is very concerned about artificial colours in dairy products, followed by “kid-centric” foods.

The big companies are taking notice of the shift, notes Timothy Truby, Roha’s senior vice-president of Sales and Marketing. “With the recent announcements from Nestlé, Hershey, and General Mills regarding their switch from synthetic to natural colours,” he states, “we can possibly expect to see growth rates between 15 to 20 per cent per annum as others follow this paradigm shift.”

In January 2015, Future Market Insights (FMI) released a report titled Global Natural Food Colours – Market Analysis and Opportunity Assessment, 2014 – 2020. In it, the firm lists anthocyanin, carotenoids (beta-carotene, annatto, lutein and lycopene), curcumin, paprika extract, spirulina extract, chlorophyll and others such as betalains as being natural colours to watch. FMI singles out carotenoids as having the largest segment of the market in 2014 (over 31 per cent) followed by anthocyanin with 22 per cent. FMI says carotenoids are the most widely used natural colours due to strong relative stability and a variety of hues. The firm believes lycopene use will grow the fastest, but also projects double-digit growth of spirulina use through to 2020, due to the recent FDA approval for spirulina extracts in confectionery and baked goods.

“We are seeing a lot of interest from confectionery groups as the introduction of spirulina has made the whole rainbow of colors now available,” notes GNT vice-president Jeannette O’Brien. “As a vertically integrated company, GNT is unique because we grow our own raw materials and supervise the entire cultivation phase. We continually work with our farmers to evaluate new raw materials that could be of interest.” She adds that GNT products are made using a unique processing technology that employs only water, using no chemical solvents, additives or preservatives.

In terms of other trends, finding new sources of colour that will process well is critical. Augustine says Kalsec’s efforts to expand naturally sourced colour range options and to improve stability are ongoing. “Kalsec has also come out with a new line of high-stability red colours that are very process stable through a variety of processing conditions,” he says. Morris agrees that both new techniques and new sources are closing the shade gap between natural and synthetic colours. “At Sensient we are…developing technologies that allow for the use of certain natural sources that previously could not be used,” he explains. “For example, we have Sensient Natural Blue, which…has opened the door to not only natural blues, but also greens and purples. Additionally, we have Pure-S which utilizes proprietary purification technologies that allow us to use botanical sources that produce beautifully bold and bright colour shades but were previously not used in food colour due to their flavour off-notes.”

Lycored’s Higgins notes another important trend. “Consumers in North America like their colours vibrant,” she says, “so if manufacturers are making the switch from artificial to natural, it’s important to use natural colours that won’t fade during the shelf life of a product. Some natural colours – such as beetroot and turmeric – are very susceptible to the effects of UV light. Our Tomat-O-Red and Lyc-O-Beta natural colours, however, offer excellent colour retention when combined with ascorbic acid (vitamin C), ensuring products retain their brightness on store shelves, even under high exposure to light.” Tomat-O-Red is a range of lycopene-based pink to red colours derived from tomatoes, and beta-carotene-containing Lyc-O-Beta offers yellow-to-orange shades. Approval in Canada is pending for these products, which are certified kosher and halal, non-GMO and vegan.

There is a wide range in the cost of natural colours. Paprika, annatto and turmeric, for example, range from $0.05 to $0.20 per pound of food, notes Augustine. He says other more expensive ingredients such as special formulations of anthocyanins and beet used at high dosage rates could be as much as $0.90 per pound of foods.

“The significant contribution to cost is generally the cost of the raw materials that are being extracted,” Augustine notes, and Morris agrees. He says natural colour sources, mainly botanicals, typically contain less than two per cent of colour or pigment in the actual raw material. “This means we need a lot of raw botanical material to produce a small amount of colour,” he notes. “Synthesized pure dyes, by comparison, are greater than 90 per cent pigment.” Morris points to blues and greens as currently being the most challenging from a cost-in-use standpoint.

Higgins notes that the raw materials used to make natural colours are also more costly because they are subject to factors that may fluctuate, such as harvest yields and climate. “But as artificial colours become less and less acceptable – as they will continue to do so in the coming years – the price differential between natural and artificial will become less relevant,” she says.

But the switch from synthetics to naturals is a costly venture right now, for any company – especially since these costs will be tough to pass on to the consumer, notes Truby. “The variance between synthetics and naturals is quite large – but the good news is that the difference continues to shrink, in general.”