What some companies and NGOs are doing to reduce mislabelling — but what else is needed by Canada’s seafood industry to prevent further loss of public trust? 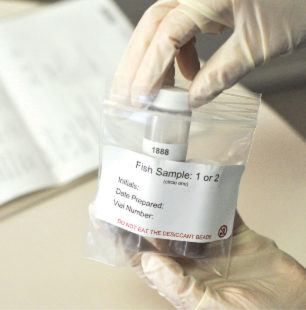 Seafood fraud — as it is with honey, maple syrup and olive oil — is a serious issue in Canada, and if Canadians aren’t shown in the near future that more action is being taken, the country’s seafood industry risks further loss of public trust.

This is the consensus among industry experts such as Thomas Burke. If the mislabelling of fish and other types of seafood continues, the scientist of food traceability and safety at the Global Food Traceability Center of the Institute of Food Technologists says consumers may lose confidence in the industry as a whole. It’s therefore imperative, in his view, that the entire seafood sector “coalesce around a common framework” of digital traceability solutions.

Besides risking consumer trust, mislabelling also brings forth serious concerns about sustainability. That is, without widespread traceability in the seafood sector, there’s “a lack of accountability and ability to measure wild-caught harvest in a way that addresses environmental risks and maintains fisheries’ health,” says Burke.

Dane Chauvel, president and co-founder of Organic Ocean Seafood in Vancouver, B.C., agrees that mislabelling can result in “seafood from illegal, unregulated and unreported fisheries entering the market at the expense of seafood derived from sustainable, responsible and ethical sources.” He adds that in Canada, mislabelling is most prevalent with imported products.

David Schorr shares the same view. “If you don’t even know what you are really eating, you definitely can’t know whether it was produced responsibly,” explains the senior manager of the Transparent Seas Project at World Wildlife Fund (WWF). “Consumers are demanding transparency into supply chains so they can be sure the money they spend doesn’t finance irresponsible or even barbaric practices. But without reliable and affordable traceability, seafood supply chains remain open to infection with these illicit products.”

The crime of mislabelling, adds Chauvel, may also present health risks to consumers. “A graphic example is escolar, commonly labelled as “white tuna.” But unlike tuna, escolar is known to cause severe gastrointestinal distress.” 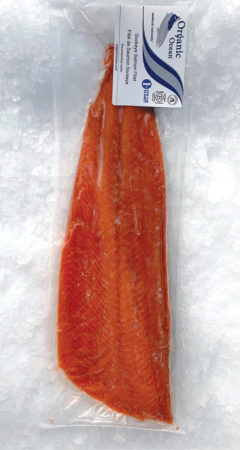 Oceana, an international ocean conservation group, recently released a report claiming that 61 per cent of DNA-tested seafood samples taken from retailers across the city of Montreal in 2019 did not match the label, or didn’t meet the legal labelling requirements. The group had previously found from 2017 to 2019, that 47 per cent of samples collected in six other Canadian cities were mislabelled.

However, Sylvain Charlebois, professor in food distribution and policy and senior director of the Agri-Food Analytics Lab at Dalhousie University, is among those who question how these results may have been obtained.

“The methodology used is not very clear,” he says. “Oceana doesn’t indicate how establishments were chosen, or that tests were verified by a third-party organization.”

Charlebois also notes that sampling was targeted at “suspect” species, instead of being conducted in a way that’s more representative of Canadian seafood consumption habits. This inflates the results so that “a narrative of rampant fraudulence” is supported, and consumer alarm is maximized. Charlebois and his colleagues suspect that the rate of mislabelling is about 25 per cent in Canada.

Seafood is one of the most difficult food commodities to track, Burke explains, due to the way it is harvested or grown all over the world and widely exported and imported. But nowadays, the power of blockchain and other digital technologies can help a great deal in solving the problem.

Indeed, in his 2019 report How Block C hain is Changing the Supply Chain Conversation, Burke notes that this spring, California-based Bumble Bee announced a partnership with SAP to use blockchain and product QR codes, allowing consumers to trace its tuna, sardines and salmon back to its catch. He also reports that Pacifical, the largest tuna producer in the world, is using blockchain to trace all of its products from catch to purchase. Pacifical is a global marketing company that was jointly set up in 2011 by eight Pacific Island nations such as Micronesia to actively promote the catch, distribution and trade of MSC-certified sustainably-caught Skipjack and Yellowfin Tuna within their waters. (These eight nations are known as the “PNA” nations, as they are Parties of the Nauru Agreement Concerning Cooperation in the Management of Fisheries of Common Interest.)

In addition, WWF-Australia has partnered with a firm called BCG Digital Ventures to create a blockchain-based traceability system called OpenSC. The initiative was piloted in 2018 in Australia, and OpenSC is currently working with a company called Austral Fisheries to roll out the system across its entire prawn and Patagonian Toothfish fisheries.

For its part, Organic Ocean in B.C. has its own verification conducted using an independent DNA certification service — the first seafood supplier in the world to do so. Random samples are taken on an ongoing basis, and the company has also adopted “comprehensive labelling standards” modelled after those used in the EU. “Our customers know they’re getting the product they ordered and, in turn, can provide their customers the same assurance,” says Chauvel. “While that costs very little, it’s worth a lot.”

At the same time, Organic Ocean and other seafood firms and chefs have signed a petition set up by Oceana calling on the Canadian government to take more action to combat fraud. 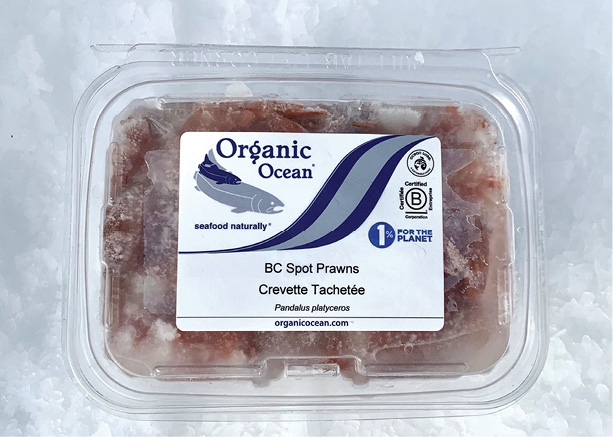 Burke is of the view that as time passes, all stakeholders in the seafood supply chain will make a combined effort to increasingly require traceability and veracity of products, whether through government-mandated enforcement or market forces. He also believes that if some companies increase the level of traceability information on seafood products, it will spur demands from retailers for more traceability across the board. But for wholesale movement towards the adoption of end-to-end traceability, he thinks “government regulations would be the surest way.”

However, Charlebois is of the view that end-to-end traceability is not needed. He believes random testing by companies of their suppliers and their own products is all that’s needed to reduce seafood mislabelling — along with random mandatory testing by the Canadian Food Inspection Agency, which he says has a current annual budget of $24 million just to combat food fraud.

Seafood companies will increasingly do their own testing, he says, because consumer demand will force it to happen. “I think more companies are doing their own tests already as they don’t want to be caught in any mislabelling scandal with all that bad publicity.” But conversely, Charlebois also believes that increased consumer awareness will come when consumers have more ready access to open, third-party test results.

The power of public awareness (and dislike) of seafood fraud has already been demonstrated in recent years in Ireland, says Charlebois, where mislabelling rates have diminished over the last few years from about 34 per cent to nothing.

Chauvel does admit that while North American awareness of the issues may lag behind that of the EU, the media attention it’s now receiving here means that public concern is growing. The “bad actors” will be exposed, he says, and the market will turn to use only honest and ethical suppliers.

Schorr also believes that going forward, consumer awareness and demand for information will definitely grow, and like Charlebois, believes a combination of governmental and industry action is necessary to stop seafood fraud.

“One key step forward will be the adoption and implementation of the new voluntary global standards soon to be released by the Global Dialogue on Seafood Traceability (GDST),” he says. “By adopting industry-wide standards that support data quality and interoperability of systems, traceability will become less costly and more reliable for everyone.”

The GDST initiative involves 60 companies and its purpose is to align available data and software traceability systems. Schorr strongly encourages leaders of all pertinent food companies who have not yet learned about the forthcoming GDST standards to educate themselves.

However, while all these initiatives are certainly encouraging, Charlebois and Chauvel are both cautious about what lies ahead.

“Fish is not a core food for Canadians,” Charlebois explains. “The public trust is at stake with seafood, and if people don’t feel they can trust that what they’re eating matches what’s on the label or on the menu, they will walk away.”

Chauvel agrees, noting that because mislabelling rates are so much higher in seafood than in other food categories, mistrust may cause various market players to opt for other proteins.

“Our customers, who are chefs, are reporting that their clients are worried about whether they are actually getting what they are ordering and may instead make the safe choice and choose poultry, beef or pork,” he says. “This is unfortunate, given that seafood is a remarkable and tasty protein source with unparalleled health benefits and environmental advantages.”