It takes many small nuances to tap into huge growth opportunities 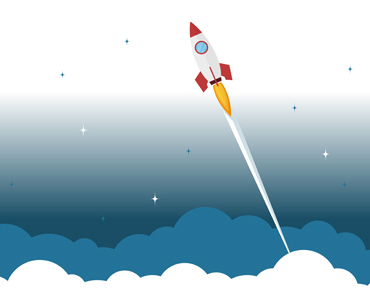 Thinking unconventionally about your product lines, categories and approach, can yield stratospheric growth.

There have been some incredible examples in recent years in which new food processing businesses have been propelled into the stratosphere, due to “unconventional thinking” in what many would view as mature overcrowded categories. Chobani, RXBAR, Vega and possibly Earth to Kids (Chickapea Pasta) are a few rocket ships that come to mind.

Perhaps the most startling rocket ship of late is the Chicago Bar Company, makers of the whole food protein food RXBAR. The

company has grown from zero sales in 2012 to US$130 million, with more than 100 employees, and 105 million bars sold in 125,000 locations in 2017. Somehow it succeeded in breaking through in the crowded health-protein bar space. Their secret was that the  owners started by selling directly to CrossFit gyms. On their journey they developed minimalistic packaging, which simply states on the front: “RXBAR, 12 g Protein Bar, 3 Egg Whites, 6 Almonds, 4 Cashews, 4 Dates, No B.S.,” followed by the name of the flavour. Okay, perhaps it helps to be a bit cheeky as well.

The Chicago Bar Company was sold last year to the Kellogg Company for US$600 million. Go figure! The company made a point of ensuring the process was as seamless and simple as possible, for its wholesale buyers and consumers.

So what does it take to build a rocket ship? Rocket ships are driven  by entrepreneurial ambition, yet they’re grounded with realism, positioning and connection to society and the environment.

In some instances, explosive growth of rocket ships has been far more about positioning and being first in, than incremental or breakthrough innovation. They tap into non-traditional uses or channels to growth, because they are not locked into the way they have always done things. They are not limited by their internal production capabilities or desire to utilize excess capacity on existing lines. They are not handicapped, and can be creative as they are starting fresh.

Success may also be attributable to the fact that new companies that are perceived as “small” are viewed as more trustworthy than larger businesses. One of the secrets to developing rocket ships is to start as an independent. Naturally savvy food entrepreneurs can steer a rocket ship better than established and/or public companies, which require proof of performance before investing in a hunch, or investing in nimble piloting.

Rocket ship entrepreneurs indoctrinate an iterative and unconventional pathway to growth. They can rapidly dig deep, conceptualize, follow hunches, pilot, listen to consumers and change course, developing outstanding packaging, products and a fresh look that ticks all the boxes (remember that consumers want and expect everything). They can take minor innovations and purposefully position their products and brand to bring “Aha!” moments to consumers.

It takes many small nuances to tap into huge growth opportunities. Sometimes consumers don’t know they need something until it is put in front of them in such a way that it makes complete sense. That way they feel they have discovered something new, and they feel better about themselves. Ultimately, these consumers value the ride, and share their experience.

May there be many more rocket ships! Be well, grow well!

Peter Henderson is a director on the board of the Agri-food Management Institute (AMI). He is also founder and managing director of Ideovation, a Toronto-based growth strategy services company. Contact him at phenderson@ideovation.com