The world is our oyster in the Canadian kitchen of 2017. Canadian consumers have caught the flavour bug, and continue to hunger for exciting international spices and seasonings – both on their own and in zesty exotic blends.

Let’s start with the McCormick Flavour Forecast for 2017, a sizzling report awaited each year by the food industry in Canada and 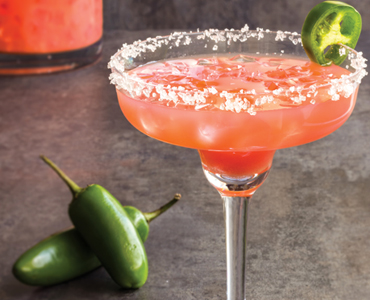 beyond since 2000. For 2017, McCormick forecasts that more consumers will try ethnic dishes with big, global flavours for breakfast, such as meat or tender chickpeas covered in mouth-watering Skhug sauce, a hot Middle-Eastern blend of chilies, cumin, cardamom, coriander, garlic, parsley, cilantro, olive oil and lemon juice. McCormick also predicts more grilling with planchas (cast iron slabs) in 2017, using spices like Espelette pepper. Espelette has a distinctive smoky-sweet, mildly hot flavour and originates from the Basque region of France. More cooking with egg yolks is also forecast for exotic dinner and luncheon fare this year, using heady spice blends such as Shakshuka (smoked paprika, cumin, pepper, cayenne, turmeric and caraway). The last two trends McCormick identifies for 2017 are a melding of Mediterranean ingredients into classic Western and European dishes, and the use of peppercorns in sweet pairings, from balsamic-pepper syrup to peppered whip cream.

Sensient Natural Ingredients (SNI) makes its own Moroccan Harissa Blend that lends both flavour and a deep, redbrick colour to many dishes. The company agrees there is continued strong demand for ethnic flavour profiles, especially those from North Africa and the Pacific Islands. SNI Marketing manager Jean Shieh adds that a “green” trend is growing, with specific demand for green chili peppers, such as green Serrano chili pepper and New Mexico Hatch chili pepper, to bring fresh, green notes to sauces, salsas and snacks. “Herbs and spices are being used adventurously beyond savoury applications,” she says, “and we are now seeing beverages spiced with jalapeño, parsley or other green ingredients.”

Doris Valade, president of Burlington, Ont.-based Malabar Super Spice, sees no end to the demand for international flavours. “We’re seeing more Peruvian blends and that’s interesting because it’s a multicultural country, and we’ve been getting calls for the blend for Filipino longganisa pork sausage for a while,” she notes. “There’s also a lot of interest in Moroccan flavours – they use a lot of fruit even in their savoury dishes. And a demand for more varieties of chilies, fruity and hot, sweet and hot, smoky and hot.” Valade also says both black and white pepper are currently at their highest-ever demand. Lastly, she notes that Malabar’s orders from grocery stores for spice blends are growing, as these businesses grow their value-added marinated and spiced butchered meat product selections. “It’s been a European trend for a long time,” explains Valade, “and it’s finally here.”

Valade also identifies another ongoing trend in spices besides international flavours – a strong interest in the health benefits. “Turmeric was hot in 2016 and that’s likely to continue,” she observes. “There’s still a quest for natural ingredients and smaller ingredient lists on labels.”

McCormick Canada corporate chef Juriaan Snellen agrees, noting that over the years, the Flavour Forecast has reflected a growing interest in using spices to add flavour instead of deriving it from unhealthy ingredients. “Global flavours are bold and will help elevate taste profiles without reaching towards salt and sugar,” he says. “Spicy, tart and smoky flavours are great examples. Last year we launched Clubhouse Signature Blends Sriracha & Lime seasoning, which has multidimensional flavours of spicy with a hint of garlic and a fresh burst of lime. This flavour combination can be applied across multiple categories including topped onto pumpkin soup, baked into breads and crackers, sprinkled onto popcorn, seasoned onto chicken or salmon – and for adventurous palates, shaken onto mango Popsicles for a whole new flavour experience.”

However, Shieh contends that these days, consumers are also looking for simplicity. “After a couple years of indulging in complex flavour profiles and global cuisines that could overwhelm the senses, now it is about appreciating the ingredients behind the flavours,” she explains. “Where the ingredients are coming from, and how to use an ingredient in simple recipes that they can create at home and share with friends and family via social media.” SNI’s customers are also demanding more products specifying ingredient sources, especially in the non-GMO and organic arenas. Heinz, for example, recently launched a line of authentic regional 100-per-cent natural ingredient sauces, including Memphis Sweet & Spicy and Carolina Tangy.

Euromonitor International, in its November 2016 report Sauces, Dressings and Condiments in Canada, confirms that “as the health and wellness trend continues to gain traction amongst the Canadian population, a renewed focus on reducing salt is ensuring greater demand for herbs and spices.” The research firm also notes that herbs, spices and chili sauces were the top-performing categories in 2016, with “the growing popularity of ethnic cuisines [attracting] consumers’ attention and inspiring them to cook these dishes at home.”

Snellen agrees that cooking at home is on the increase, an experience that allows inspired consumers to choose which ingredients and which seasoning blends or herbs and spices to try. “Canadian consumers are in search of memorable eating experiences and flavour plays a big role in the overall experience,” he says. “Today, consumers have access to flavours like never before. They are exposed to new flavour trends virtually everywhere they turn, through social media, food trucks, pop-up restaurants, food blogs and specialty websites and retailers. They are looking for recipes and inspiration in a variety of platforms such as digital and social channels, or even following their favourite celebrity chefs to recreate bold and exciting dishes.” 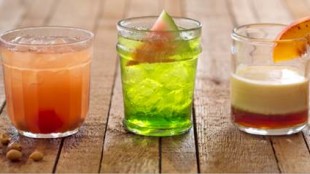 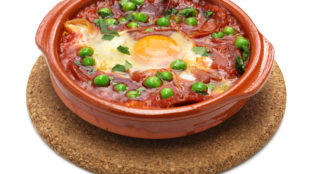