The “powerhouse seeds,” including chia, flax, pumpkin, hemp and sesame, are nutritious and on-trend for 2017 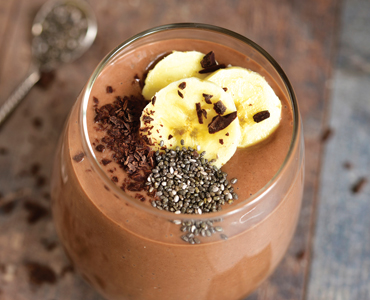 They may be tiny, but they pack a big nutritional punch. Seeds – specifically the ones often called “powerhouse seeds,” such as chia, flax, pumpkin, hemp, sesame and sunflower seeds – are garnering a lot of attention in the food world these days, and that trend is expected to continue into 2017.

“They’re an excellent source of healthy fats and plant-based proteins,” explains Canadian dietitian and food consultant Jane Dummer, author of the book The Need for Seeds: How to Make Seeds an Everyday Food in Your Healthy Diet. “When I decided to write a book about seeds, it was because I was getting a lot of questions around what they are and how we can include them in our everyday diet. People were asking me, ‘Is it too much fat, is it good fat, what type of fat is it?’” The fat in seeds is indeed very healthy, she says, “but we are always looking at portion size too. So we don’t recommend a cup [of seeds] a day, but more like one to two tablespoons a day.”

The benefits of seeds

In addition to healthy fats and plant-based proteins, seeds are also high in fibre. “We know that people are interested in gut health, and keeping a positive ecosystem in their guts, so seeds offer both soluble and insoluble fibre,” says Dummer. “That’s especially true for chia…it has a lot of good research behind its fibre content for both digestive health and heart health.”

Antioxidants are another benefit to some powerhouse seeds. “With pumpkin seeds, for instance, we are discovering that there

are more antioxidants than we knew,” says Dummer. And hemp, according to Dummer, has an optimal ratio of omega-6 to omega-3, “so we’re finding people who are very interested in fitness are using hemp to recover – because after you do a major workout, your body can be inflamed, and they’re finding that the hemp seeds or a hemp protein powder in a smoothie is really helping with that.”

How are people eating them?

“There’s a variety of ways that you can ‘plant seeds’ in your meal plan,” says Dummer. Aside from snacking on them on their own, they can be easily sprinkled onto cereal, salads, yogurt, or even added to a stir-fry. People are starting to add them to their baking as well, but as Dummer notes, “if you’re going to bake with them, you need to keep in mind that they’re added fat and you might have to adjust your baking recipe.” Hemp, chia, flax and even sesame are now common additions to smoothies, of course, and most of the powerhouse seeds can easily be incorporated into a homemade granola.

As Dummer points out, North Americans are a bit late to the game when it comes to eating seeds. “Seeds and nuts have been consumed around the world for eons,” she says. Tahini is a traditional sesame seed-based paste that’s been eaten in various parts of the world for thousands of years, for instance, yet it’s been touted as a “trendy” food item in countless North American articles and food blogs in the past year.

While commercial breads made with flaxseed have been available on grocery shelves for a number of years, we’re now starting to see a wider variety of seeds being creatively incorporated into commercial breads. “We’re definitely seeing a lot more hearty grain breads topped off with pumpkin seeds, and that sort of thing,” says Dummer.

She also says she’s seeing a lot more hemp flour and quinoa flour being used. “This is for a couple of reasons: it’s nut free, so it works for people who have nut allergies, and it’s gluten free, so if a bakery is developing a gluten-free option, the seed flours or the seeds themselves both really add a nice option, not only in texture if they’re using the whole seed, but they also have a nice earthy taste.”