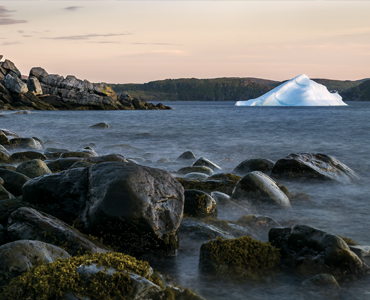 The oceans are warming up, and if temperatures continue to rise, the global fish and seafood industry will feel the heat. In 2016, the University of British Columbia forecast that global fisheries will lose approximately $10 billion in annual revenue by 2050 if climate change continues unchecked. And while 2050 may seem like the distant future, experts say the time to address climate change is now.

“The industry may perceive climate change as something that is far away and they have more immediate priorities,” says William Cheung, associate professor at University of British Columbia’s Institute for the Oceans and Fisheries, and director of Science at the Nippon Foundation-UBC Nereus Program. “But fisheries can’t wait for decades before they start to care. We’re already seeing changes that are associated with [climate change] and [industry] needs to think about how to adapt to those changes.”

Rising temperatures not only have dire consequences for marine life, but also for a global food system that relies heavily on the seas’ bounty. “We need to make oceans a priority because they’re often forgotten compared to land-based agriculture,” says Sylvain Charlebois, professor in Food Distribution and Policy, and dean of the Faculty of Management at Dalhousie University in Halifax. “We often think of fisheries as remotely located sources of nutrients and protein, and we think Mother Nature will take care of oceans,” he continues. “But we’re starting to realize that humans have had a huge impact on our oceans’ ability to produce food for consumers. And given that 50 per cent of the world population relies heavily on fisheries to eat and survive, the stakes are quite significant.”

How does ocean warming affect marine life? First, rising ocean temperatures change the chemistry and physics of the ocean, says Rashid Sumaila, professor and director of Fisheries Economics Research Unit at the University of British Columbia, and project director of research network OceanCanada Partnership. “It changes the pH, acidification and oxygen content, so clearly you are going to affect life in the ocean.”

The second big impact is that fish from warmer parts of the ocean are relocating to colder waters. Since fish rely on their environment to control their temperature, “they try to move to the [right] temperature zone, if they can,” says Sumaila. “So we see lots of movement of fish…away from the equator towards the poles.”

The northern movement presents challenges for the fish and seafood industry. “As fish change their distribution, one of the

more immediate responses [from fisheries] is to follow the fish stocks where they can find them,” says Cheung. “But there may be implications for fishing quotas as well as [potential] increased safety risk if they need to go further off shore.” And when fish stocks shift their distribution, “they don’t respect political boundaries, like the border between U.S. and Canada,” says Cheung. “That may create a limit to the extent that the fishing industry can adapt by changing their fishing grounds.”

The changes brought on by climate change are projected to dramatically affect global fish catches. A study by the UBC Nereus Program suggests that if the global temperature increases by more than the Paris agreement target of 1.5°C by 2100, there will be significant decreases in catches, particularly in tropical areas.

The study used a numerical model to calculate what would happen if the planet warms at 1.5°C vs. 3.5°C. It is projected that for every degree Celsius warmer, about three million tons of fish will be lost from the ocean in terms of potential catches. “There are substantial benefits associated with achieving the Paris agreement for fisheries in terms of reducing the risk of decrease in fisheries catches as well as changes in the composition of the catches,” says Cheung.

If 1.5°C warming is maintained, the findings show that the Indo-Pacific area would see a 40-per-cent increase in fisheries catches. Meanwhile, under the 3.5°C scenario, the Arctic region would have a greater influx of fish, but would lose more sea ice and face pressure to expand fisheries.

Climate change will also contribute to an increase of more than 70 per cent in the price per pound (in 2015 dollars) of BC’s iconic species such as sockeye and chum salmon. For the province’s 10 staple seafood species, the net change in price attributable to climate change could cost British Columbians up to $110 million a year. “First, you have the change in quantity that will hit the industry,” says Sumaila. “You have some increase in price, which will soften the blow. But net, the industry will lose — the quantity effect is bigger than the price effect.”

The seafood industry could also take a hit from imports. “For example, shrimp is quite popular in North America and we get a lot of it from different parts of the world,” notes Sumaila. “That means we not only have to think about the impact on our oceans and our fish, but also the places we import from. So if Thailand is affected, the industry is going to feel it here. They’re going to pay more for whatever they can import and process here.”

Some might argue that there are “winners” of ocean warming. The lobster market is booming in Maine, for example, as climate change is driving lobsters further north. But, in Sumaila’s view, the movement of any species north doesn’t look good in the long run. “People up north, like Canada, Norway and Iceland, say ‘Why should we worry? All the fish will come to us.’ And I say, who knows how long they will come to you and stay? It’s not like they come to the temperature they like and just stop there. Where will they go next? If you look long term and climate change continues unchecked, it will just empty the ocean of fish.”

Geoff Irvine, executive director of the Lobster Council of Canada, says the Canadian lobster industry is definitely concerned about climate change, but it hasn’t dramatically affected lobster fishing here — yet. “We have seen it in the U.S., but this is a very long-term thing: decades and decades and decades,” he says. “There may be significant change, but it’s something that people who are fishing today may never even notice. And it’s too early to know what it really looks like.”

Veronika Brzeski, executive director of the Cape Breton Fish Harvesters Association, points out that while fish harvesters are concerned about climate change, “we’re very adaptable and flexible…We’re multi-species fishermen who can adapt their gear to harvest whatever species are plentiful.” The biggest worry, she adds, is the Department of Fisheries (DFO) and how it’s managing those fisheries. For example, if there’s an influx of invasive species — whether from climate change or not — no action can take place until they are monitored. “Science wants five years of data before they want to make a decision, which is understandable,” she says. “But as the climate changes, we’ll have to react to those changes a little bit quicker.”

While the full effects of climate change may not be realized for decades, harvesters and processors can brace for change today. “Take all the science available and try to think of how to adopt and how to deal with the changes,” advises Sumaila. “Are you going to move your business from somewhere in Chile to Norway, and what does that mean? Just having adaptation in their mind in terms of organizing their business would be helpful.”

In addition, Sumaila believes industry can have a lot of influence on the government, and they can support regulatory efforts to mitigate climate change. “We have the Paris agreement, which is really in trouble now,” he says. “Industry is influential, no question. So they could really play a role here.”

Charlebois says food companies can engage with initiatives like the Ocean Frontier Institute — a research partnership between Dalhousie University, Memorial University of Newfoundland and the University of Prince Edward Island — for a better understanding of how climate change could affect their business. “It’s very difficult for one business to get a grasp on something so vast,” he explains, “so you want a collective of experts to look at this issue in a co-ordinated manner.”

Cheung recommends that industry work with the DFO to understand the expected changes and how fisheries management will be able to adapt to the changes. “For example, if Pacific halibut is shifting their distribution from Europe to Canada, or Canada to Alaska, how would that affect the catch quota and the management of the fish stocks?” says Cheung. “I think it’s a question for the industry to request and discuss with the [DFO] about how best to deal with that.”