Although resilience reigned, chronic issues were highlighted by a group of agri-food experts 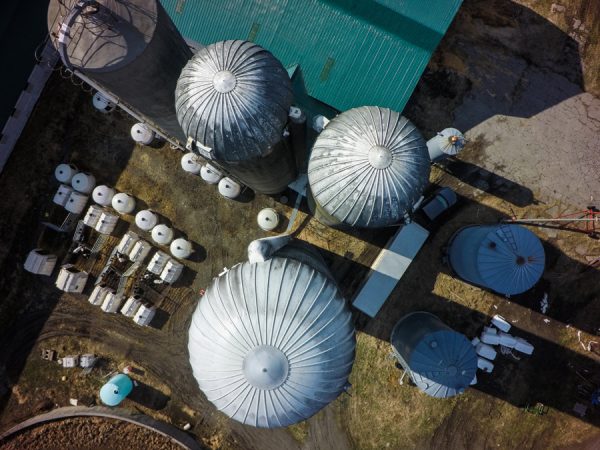 Quebec’s food chain showed its mettle by withstanding the unprecedented strains of the pandemic, according to a group of agri-food experts in la belle province.

“We should take our hats off to our producers and processors,” said Johanne Héroux, senior director, corporate affairs and communications with Loblaw. “They did a remarkable job to ensure the food chain from farm to fork remained intact.”

Héroux was one of a half-dozen agri-food experts who participated in a virtual conference on the impacts the pandemic had on the industry, and how it responded.

The noon-hour forum on March 31, 2021, was organized by the Montreal Chamber of Commerce as part of the Re-launch Montreal movement, which aims to mobilize stakeholders and help the city recover economically from the ongoing public health crisis.

“Montreal has a rich ecosystem in food production and is the heart of a huge supply chain,” said Kathleen St. Pierre, a partner with the Quebec City office of global accounting giant Deloitte.

She said the pandemic had major impacts on consumer habits and industry trends.

A notable change has been a double-digit increase in demand for healthy, ecologically friendly and locally produced food.

Online sales also soared during the pandemic, she added.

In the roundtable discussion that followed, forum panelists painted a glowing portrait of Quebec farmers and food processors and their ability to respond to the serious supply chain and market challenges that arose a year ago, when Montreal had one of the worst COVID-19 mortality rates in the world.

“Producers showed their resilience,” said Muriel Dubois, a field crops farmer and first vice-president on the board of Canada’s largest agricultural co-op, Sollio Co-operative Group, which owns Olymel, Canada’s largest pork producer. “There was no break in the supply chain.”

However, she added the pandemic strained a system plagued by labour shortages and relies heavily on foreign workers.

She pointed to a number of possible solutions, including better targeting of migrant workers, moving processing plants into or close to large population centres, an increased used of robotics and other emerging technologies and active training of young people to relief an ageing workforce.

“Meat plants need butchers (and) Olymel needs 3,000 workers,” said Dubois. “We have to extend the value supply chain. We need to accept that some front-line workers are essential and require training and experience.”

Martin Lavoie, president and CEO of Agri-Food Export Group, the largest association of its kind in Canada, said oversea sales of soy, pork and other food products jumped 11 per cent during the pandemic.

Though predictable, given the increased demand worldwide for food during the public health crisis, Lavoie praised what he called the “flexibility” of Quebec food makers, who overnight developed new retail or export markets for their goods when traditional markets like restaurants disappeared due to government-imposed lockdowns.

“It showed the robustness of the sector (and) permitted us to get through the crisis,” said Lavoie.

For his part, Jacques Nantel, professor emeritus and e-commerce retail expert at HEC Montréal, the Université de Montreal’s graduate business school, said the pandemic helped to accelerate the use of online shopping in the agri-food industry.

“It propelled things ahead five years,” said Nantel. “The food sector was one of the last to join (e-commerce). The pandemic provided the sector a great service.”