Chia, an ancient seed used by the Aztecs, is being rediscovered by consumers and food processors who recognize the value in its nutritional benefits 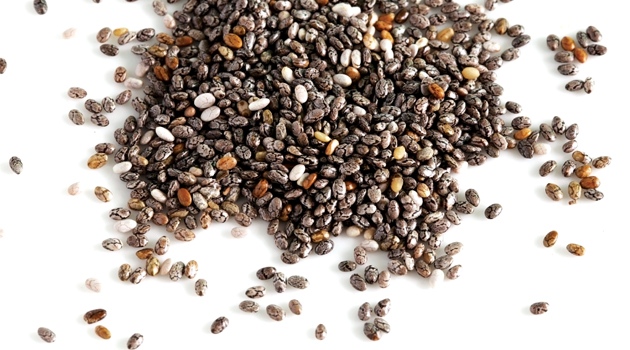 What were we thinking? We spent decades (and still do today) using chia seed to turn terracotta figurines into green furry curiosities. If you grew up in the 1970s and ’80s, you likely remember the Chia Pet and the jingle. But there’s so much more to chia seed – something the Aztecs knew thousands of years ago. Chia is actually a nutritional powerhouse, and savvy consumers and food processors have caught on, completely reinventing how we view the tiny seed.

What is it?
Chia, or Salvia hispanica, is part of the mint family and grows mainly in South America and Mexico, with some production in Australia. The plant produces purple or white blooms, which eventually go to seed – the chia seeds.

Various sources pinpoint 3,500 BC as the date humans first began using chia. Aztecs and Mayans consumed it regularly (chia is the Mayan word for “strength”). With the Spanish conquest, however, chia all but disappeared as the Spanish banned chia because of its association with the Aztec religion. In recent times only a small group of growers were still producing chia. Michael Chernyak, president and CEO of Toronto-based CK Ingredients, says the seed started to make a comeback about 15 years ago in South America. In North America, it was closer to six or seven years ago.

Why is it so popular?
For such a tiny seed, chia packs a significant nutritional punch. It contains 20 to 25 per cent protein; it has five to 10 per cent soluble dietary fibre and 90 to 95 per cent insoluble dietary fibre; and it’s high in antioxidants, containing more than blueberries. Chia is also rich in omega-3, containing the “highest plant-based source of omega 3 alpha-Linolenic acid (ALA),” says Chernyak. The omega-3 in chia is also completely bioavailable, which means the body can absorb and use the nutrient. ALA can help lower high blood pressure, lower cholesterol and help reverse the hardening of blood vessels. It’s also known as an energy food, as it contains potassium, and it contains calcium. Chia also offers iron, magnesium, zinc and B vitamins.

Who’s eating chia?
Consumers traditionally sprinkle chia on yogurt and cereal. But now food processors are adding it whole or milled to their products, including beverages, dairy, pasta, sauces and dressings. A defatted form, where the seed is pressed for the oil leaving a meal byproduct, is being used in bakery products and meat and poultry processing because it holds water and “eliminates the need for certain allergen-based proteins like soy isolate,” says Chernyak. The defatted chia meal is like flour and still contains protein, fibre and omega-3 – just not the same amount of omega-3. Chernyak adds that the meal provides those food processors with a lower-cost way of adding chia to their labels.

Formulating with chia
Cherynak says with some small tweaks, chia is “quite easy to incorporate into a food product.” Food scientists would need to account for its water binding and gelling capacity. But chia doesn’t have to replace another ingredient and can be a straight add-on for nutritional value, health claims and marketing.

One characteristic to bear in mind is that the seed does get stuck in consumers’ teeth. Many consumers prefer the milled form, and others don’t want to see the seeds. “If you’re putting this into a smoothie, sauce or dressing, you don’t want to have seeds suspended in it. To some it might look like insects,” says Chernyak. “In the milled form there’s an extra cost, but all the benefits, and it’s a little more stealth.”