Pet food by the book

Thinking of entering Canada’s pet food industry? Be prepared for both regulations and voluntary recommendations 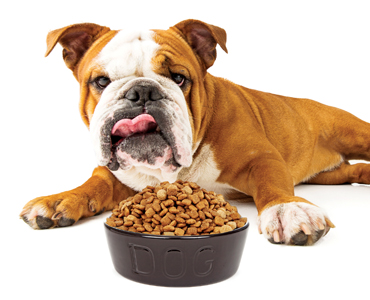 In Canada, there is no set of omnibus  regulations for pet food products. Instead, they are subject to a smattering of several pieces of Canadian and international legislation.

For example, the Enhanced Animal Health Safeguards, implemented in Canada in July 2007, made it illegal for specified materials to be fed to any animal, including dogs and cats. According to the Pet Food Association of Canada (PFAC), Canadian pet food manufacturers must also comply with the Consumer Packaging and Labelling Act, administered by the Competition Bureau of Industry Canada (see sidebar on page 40). “These regulations specify how pet foods may be marketed to consumers, including how food is named and what information must be included on pet food labels,” the association states. This prohibits false and misleading marketing, adds Dr. Jennifer Adolphe,  senior nutritionist at Chilliwack, BC-based Petcurean, and Health Canada also prohibits unsubstantiated health claims in the marketing of pet food.

In the 1990s, both consumers and Canadian pet food manufacturers called for a more uniform approach to labelling and

advertising of pet food. In response, in 1998 the Competition Bureau organized a working group to develop the Guide for the Labelling and Advertising of Pet Foods. Members of the working group include staff from the Competition Bureau, Agriculture and Agri‑Food Canada, Health Canada, the Canadian Animal Health Institute, Canadian Kennel Club, Canadian Veterinary Medical Association, PFAC and the Pet Industry Joint Advisory Council of Canada. The Guide, finished in 2001, provides a voluntary code of conduct for the labelling and advertising of pet foods, and a benchmark for enforcement of infractions. It also provides for labelling consistency and accuracy, helping Canadian consumers easily understand product contents.

A new ingredient in one Canadian pet food brand is black soldier fly larvae meal, described on the label of KASIKS Grub Formula canned cat and dog food (made by First Mate of North Vancouver) as a “novel protein source.” However, it is further described on the company’s website as “novel, eco-friendly, clean and healthy insect protein.” The meal, along with whole dried larvae and oil, is made by Enterra Feed Corporation of Langley, BC and is used in feed for poultry, farmed fish, pets, wild birds and zoo animals. Enterra says its insect protein ingredients are being tested by some other Canadian pet food makers and are already used by some companies in the U.S.

Regarding labelling and other requirements for export, Canadian pet food-makers must meet the individual regulations of each country they are shipping to, notes PFAC executive director Martha Wilder. “Countries change and update their import requirements on an ongoing basis,” she says, “but there are no current issues pending.” Manufacturers that export to multiple countries have to achieve very high regulatory standards to meet all of the associated requirements, she says, and some also undergo voluntary independent food safety audits.

There are currently no pending updates or proposals to regulate pet food in Canada, but Petcurean and Edmonton-based Champion Pet Foods both have a wish list of recommendations. “One of the working groups within AAFCO is currently developing recommendations to revise the labelling format on pet foods to make them similar to the Nutrition Facts panels on human foods,” reports Adolphe. “We believe that this is a step in the right direction to help consumers better understand pet food labels.” She adds that with the increasing prevalence of obesity among Canadian pets, Petcurean believes it is important for pet parents to know the calorie content of their pet’s food, which is currently not mandatory in Canada.

Champion’s Regulatory Affairs manager, Chinedu Ogbonna, notes that in the U.S. and most countries, the quality of a pet food product is regulated.  However, in Canada it is a voluntary compliance situation, meaning adequate tools to get products to market are lacking. “It will be great to have a more engaged Canadian Market Access Secretariat,” he says. “The current tier system is complex and challenging. Even with our Biologically Appropriate foods, which is a new category of pet foods, market access is still challenging.” Champion would also like to see more agreements like the Canada-EU Comprehensive Economic and Trade Agreement (CETA), particularly with China, and more interaction between the Chinese and Canadian regulators to identify and find ways to eliminate trade barriers. In addition, the  company favours the creation of “a mandatory reporting mechanism or  portal dedicated to adverse events concerning dogs and cats,” says Ogbonna, “including their foods.”