Why Peruvian cuisine is the next big food trend 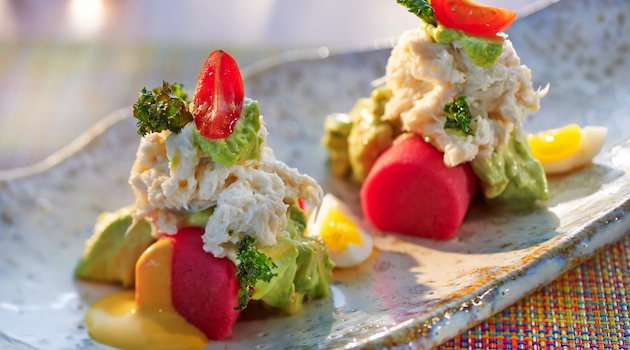 By Kailash Maharaj and Shivana Maharaj

Every major publication worldwide has heralded Peruvian cuisine as the new food trend. Forbes calls it the “It Cuisine,” while both the Wall Street Journal and the BBC call it the next big thing. Scan the local bookstore and you’ll see books dedicated to Peruvian cuisine. Top chefs too have become enamoured of the country – Danny Meyer and Eric Ripert even made the trek to the South American nation.

Combining the indigenous Quechua ingredients with immigrant Spanish, Chinese, African, Italian and Japanese influences, Peruvian food is an eclectic mix. “Part of the reason Peru is such a culinary hot spot is because its cuisine is an incredible fusion of local abundance and global flavour,” write Manuel Villacorta and Jamie Shaw in their book Peruvian Power Foods.

According to La Mar Miami executive chef Diego Oka, who has worked with the renowned Gastón Acurio for more than 13 years, the five most important ingredients in Peruvian cuisine are ají (chili pepper), potatoes, choclo (Peruvian corn), huacatay (culinary herb known as black mint) and limes.

With a diverse geography that spans from the Pacific Ocean to the highlands of the Andes through jungle, and valleys, Peru has an impressive number of dishes that vary by region. “Peruvian cuisine as a whole does not have specific flavours, but rather each region in Peru has its own characteristics – the north, south, coast, Andes and Amazon. For example in the Amazon we have and are still finding new fruits to flavour our dishes. On the coast from north to south we have amazing seafood, and in the Andes there are filling potato stews,” says Oka.

The enduring appeal of Peruvian cuisine remains its ability to surprise and delight. “The traditions of Peruvian food remain the same as they have always been…In recent years, many Peruvians who are proud of our food started showing our culture to the world through cooking. They were discovering ingredients that they never saw before. For a chef that’s the most amazing thing, finding new flavours,” says Oka.