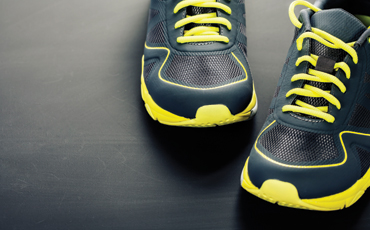 The global sports nutrition market, which includes sports foods, drinks and supplements, was valued at US$24.7 billion in 2014, and is forecast to grow at a compound annual growth rate (CAGR) of 8.3 per cent over the next five years, according to New York-based P&S Market Research. The North American sports nutrition market – the largest in the world – was valued at US$14 billion in 2014.

These new consumers are a driving force behind one of the hottest trends in sports nutrition: protein. According to Euromonitor International, protein is the most lucrative category within sports nutrition, with 2014 global sales up 10 per cent to reach US$8.1 billion. A 2014 report on functional foods from Packaged Facts stated that protein is being added to food and beverages to deliver a wide range of benefits, including athletic performance and recovery, to stave off loss of muscle mass with aging, and to help with weight loss and management.

A 2012 pilot study by Ganeden found that probiotics help the body better absorb key amino acids from protein, including leucine, isoleucine and valine. Ganeden’s most recent study in 2014 found that consuming 20 g of protein combined with Ganeden BC30 may boost recovery after intense resistance training.

“When our subjects took protein plus BC30, there was better utilization of the protein as measured by a reduction in muscle soreness,” says David Keller, vice-president of Scientific Operations at Ganeden. The data also shows combining GanedenBC30 with protein may help decrease recovery time, reduce swelling and increase power.

More than a dozen sports nutrition brands are using GanedenBC30 in combination with protein in their powders or bars, including EcoProtein, Re-Body, Gaspari Nutrition and Six Star. Most recently, Six Star launched Fit Lean Protein for women, a blend of 100-per-cent protein isolate with 70 calories per serving and GanedenBC30 for digestive and immune support.

Looking at revenue share by ingredient type in the global sports nutrition market, dairy proteins dominate, with a 59.3-per-cent share, according to market research firm Frost & Sullivan. Plant proteins hold 22-per-cent share, but that figure is expected to grow.

“Originally, vegan was a niche market, but staying away from animal fats and animal proteins is a growing trend,” says Christine Infilise, business development manager at Quadra, a Montreal-based ingredient distributor. “We have a lot more demand from our customer base for other types of protein, including pea, soy, wheat, oat, rice and pumpkin.”

Another area that’s getting more attention in the sports nutrition arena is immune support. “It’s been known for a while that the immune system is challenged by repeated exercise, but there wasn’t a lot on the market with regards to immune products specifically targeted at sports nutrition,” says Infilise.

One immune-boosting product Quadra carries is Wellmune, a natural yeast beta glucan that can support immunity defenses before, during and after exercise. Wellmune works by activating key immune cells to help bodies being stressed or challenged by exercise. The product has a number of applications in sports nutrition, including capsules, powders, ready-to-drink beverages and supplements. For example, in February, California-based sports nutrition manufacturer MRM launched Immune Sport, a dietary supplement in individual sachets. The drink mix is a blend of Wellmune, antioxidants, amino acids and vitamins designed to help keep endurance athletes healthy.

In the world of sports hydration drinks, new players are giving consumers alternatives to the sugar- and caffeine-laden products that are typical in the category. This past summer, Seattle, Wash.-based Nuun launched Boost into the Canadian market. The product, which is called Energy in the U.S., is a tablet that turns water into a sports drink. The product is a blend of electrolytes (sodium, potassium, magnesium and calcium), B vitamins and caffeine, and contains no carbohydrates or sugars. Boost launched in Canada with three flavours – Lemon Lime, Wild Berry and Cherry Limeade – and comes in a tube with 10 tablets. Each tablet has fewer than 10 calories and contains no added sugars.

“It’s the same electrolyte profile as our Nuun Active Hydration tablets… but we’ve added 40 mg of caffeine, which is the equivalent to about half a cup of coffee,” says Kevin Rutherford, president and CEO of Nuun. “It’s not a lot, but it’s enough to give you that lift. And we put in B vitamins to almost hold that lift and energy level.”

Rutherford believes the sports hydration market is saturated with products that have excessive amounts of sugar and caffeine, which can cause gastrointestinal problems. Another drawback of many sports hydration beverages is they have a limited number of types of electrolytes; typically it’s sodium and potassium, says Rutherford. “We think you need the complete electrolyte profile because that’s what you’re losing and that’s what you need to replenish,” he says.

Arizona-based High Performance Beverage Co. recently launched its new sports drink, High Performance Punch. The sugar-free product was designed to provide energy, hydration and recovery in one bottle. It contains 80 mg of caffeine, all four electrolytes, and L-Glutamine for muscle and joint recovery. “Some energy drinks have 240 mg of caffeine… We wanted this safe enough for the youngest athlete to use without a problem,” says Mike Holley, president of High Performance Beverages. And since it has no sugar, “this product is drinkable by anybody… it’s not going to affect your heart rate and it’s not going to overload you where you’re going to have that crash from sugar.”

While some products take the sugar-free route, alternatives to traditional sugars are also gaining traction. Ingredients maker Beneo bills its trademarked Palatinose as the “next generation sugar.” Derived from sugar beets, Palatinose is an all-natural, low glycemic carbohydrate that is fully (but slowly) digestible and provides a sustained energy supply. In 2012, New Jersey-based sports drink manufacturer Nth Degree launched its enhanced sports drink made with Palatinose.

“Because [Palatinose] is much more slowly digested by the body, it provides a more consistent energy level for a longer period of time,” says Infilise, whose company works with Beneo. “We’re gaining a lot of traction and interest from the customer base on that product.”

The world of sports nutrition clearly has something for every taste, and demand for new products will only grow as more consumers get in the fitness game. “There’s been a pretty massive change as to who the customers are… And they’re looking for ways to add sports nutrition products to their everyday lives,” says Bush.