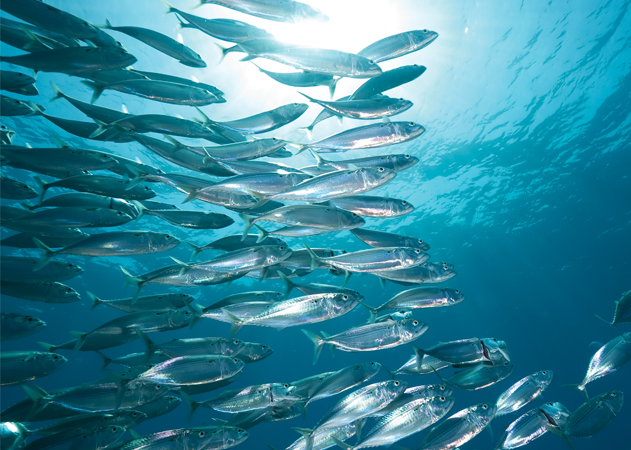 With the Pacific Ocean to the west, the Atlantic to the east, the Arctic Ocean up north and the Great Lakes in between, Canada seems naturally suited to succeed in the seafood business. The industry is certainly important for the Canadian economy: Canada was the world’s fifth-largest fish and seafood exporter in 2011, with exports to more than 130 countries. And in 2012, Canada’s fish and seafood exports brought in $4.1 billion, an increase of $41 million over 2011.

But like any industry, the seafood business in Canada has its own unique challenges. These days, issues such as sustainability, consolidation and aquaculture, among others, are providing the Canadian seafood industry with a number of challenges — as well as enormous opportunities.

Sustainability is undoubtedly the number-1 issue in seafood today. “Sustainability is certainly high on everybody’s agenda,” says Henry Demone, president and CEO of Lunenberg, N.S.-based High Liner Foods Inc. “And I think it’s great that it’s high on everybody’s agenda.” As the world population grows, he explains, “seafood is a great way to feed people — if it’s sustainable. Sustainable wild seafood has lower carbon footprint, lower freshwater use, lower feed use …lower in pesticides, lower herbicides, lower antibiotics — if it’s sustainable, it really has a lower environmental footprint than any other protein. So I think it’s really important that the industry has gone in that direction.”

Sustainability has been a growing concern in the industry since the 1990s, but the movement has gained particularly strong momentum in the past two to three years. Interestingly, Demone says this hasn’t really been driven by consumer demand. “I’m not saying there aren’t any consumers out there looking for this, but generally it’s been a retail-driven phenomenon,” he says, noting that typically it’s been NGOs pressuring retailers, and then retailers pressuring the brands and suppliers to comply.

Linda Fox, director of Marketing, Frozen Business Unit for Markham, Ont.-based Sofina Foods Inc., agrees that it’s not largely a consumer-driven initiative. Sofina purchased Janes Family Foods in 2012, and as a producer of frozen packaged fish products the Janes brand has been using only fish that is certified by the MSC (Marine Stewardship Council — the international body working toward implementing sustainable fishing practices around the world) since 2011. But as Fox explains, “We did not implement this change in response to strong consumer demand.” Leger Marketing conducted an online survey of 1,500 Canadians in May 2011 for the Janes brand, and according to Fox, “the survey revealed that only one in 10 Canadians choose their seafood in grocery stores or restaurants based on seafood sustainability. Taste and price were ranked as having the highest influence on the type of seafood selected.” For Janes, however, sustainability has long been a deeply held goal for the brand, regardless of consumer concern for the issue. “We certainly feel it is important that corporations step up where they can,” says Fox.

There have undoubtedly been some financial costs associated with insisting on sustainable practices, but “it’s the cost of doing business these days,” says Sal Battaglia, vice-president of Marketing at Vaughan, Ont.-based wholesaler Seacore Seafood Inc. The sustainability movement has definitely changed the way Seacore operates in the last couple of years. “Before, we weren’t really looking if our resource product was sustainable or not, but now it’s actually one of the most important things,” says Battaglia. “Whenever we’re sourcing product, we’ll always try to see if there’s a sustainable option, and if there is, then we’ll source that product.” Adds Fox, “there is some expense associated with carrying the MSC logo, but it isn’t too onerous and it helps to fund additional awareness and education. The cost of not using certified sustainable seafood is larger in the long run.”

And the good news is that things are beginning to level off in terms of higher costs, as the seafood world has moved closer toward full sustainability. “It’s always particularly difficult during transitions, but I think the worst is over for that right now,” says Demone. “Let’s say, for example, that cod comes from four different countries, one of which is certified sustainable. Well, that country [with the certified cod] is going to charge more for their cod, given equal quality and other attributes. But once you get most of the cod fisheries certified, then it just becomes the going cod price. So I think the industry has gotten far enough along now that we’re paying less of a premium each year to meet that commitment. It was probably harder [financially] a year or two ago.”

Another major trend affecting Canada’s seafood industry today is consolidation, as mergers and acquisitions tighten up a previously very fragmented industry. For High Liner in particular, says Demone, the company’s sales went from under $300 million six or seven years ago to somewhere between $1.1 billion and $1.2 billion today, and most of that growth has been due to mergers and acquisitions. “We’ve bought four of our competitors in the last six years,” Demone explains. “I think this is all positive for the industry, because the seafood industry, compared to other food categories, still remains highly fragmented. The fact that we’re one of the larger players at a run rate of just under $1.2 billion…well, we just wouldn’t be one of the larger players in most parts of the food business [with those numbers], to be honest with you, but in the seafood business we are, and that speaks to the fragmentation. So I think having larger players who can make the commitment to sustainability, who can develop the new products, who can provide proper marketing support for new product launches…I think that’s key.”

Indeed, Fox says the acquisition of Janes by Sofina has been positive for the company. “We now have access to a wide range of experienced professionals, the ability to pull together promotions among our own complementary brands, manufacturing facilities across Canada, and new protein products previously not in our repertoire, for example,” she maintains.

Derek Butler, executive director of the St. John’s, Nfld.-based Association of Seafood Producers, thinks all this consolidation is a good start, but feels this is just the tip of the iceberg. “There has been some consolidation in recent years, but more is needed. We are a very fragmented industry, very ‘small scale’ in terms of our competitors. That adds costs. Just to compare on one indicator, Alaska has a crab fishery with four major ports, while we have around 200. They have average landing size of over 100,000 lbs, and we are just over 7,000 lbs,” he explains. “On the processing side, plants are closing, particularly in shrimp, as the quota reduces, or [they] were closed by external factors, and then they opted not to re-open. We need more consolidation, and more economies of scale, to get more work out of the fisheries and higher incomes for all participants.”

Aquaculture is another high-profile — and often controversial — issue in the seafood industry these days. Opponents of aquaculture criticize the practice for the potential waste, water pollution and spread of disease that can be associated with fish farming. That said, most of the industry players Food in Canada spoke with article agree that aquaculture has a vital role to play, as long as it’s done with best practices in mind. “I think everyone recognizes that aquaculture is an important source of fish protein all over the world, just like we get most other animal protein from farms,” says Butler.

Adds Demone: “I do think aquaculture has a big role to play in helping to feed a hungry planet. It is controversial in certain quarters…but let me also say when you compare aquaculture to land-based protein production, whether it’s the carbon footprint or the feed conversion ratio, aquaculture performs very well.” While Demone doesn’t say it’s perfect, he admits, “just like in the wild fishery, pressure to operate sustainably will bring good change, and I think that will happen in aquaculture as well….Some of the fishing companies may see it as competition, but I think generally, most of the market-facing companies like High Liner would say that aquaculture’s going to supply the growth, so we’ve got to get comfortable with it and we’ve got to do it right.”

There have been a few new farmed species making waves in recent years. “Every once in a while, a new species makes it into the mainstream,” says Demone, “and the two that have done that in the past 10 years in Canada have been tilapia and pangasius, which are both farmed fish, but farmed fish that have a low environmental impact because they’re mainly herbivorous.” Since both of these tend to be a little lower in cost — particularly pangasius — these new introductions have filled a need in Canada’s lower-priced white fish market, explains Demone.

Although the Janes brand currently doesn’t use farmed fish, the company isn’t ruling it out. “When we committed to having all of our products MSC-certified, we made a commitment we intend to keep,” says Fox. “However, it is also clear to us that there are types of farmed fish that some consumers enjoy. Tilapia, which is only farmed, and salmon, of which a significant percentage is farmed, both come to mind.” So while Janes currently sells only MSC-certified, wild-caught whole fillet products, she says, “we recognize there may come a day when we need to take a look at other certification programs like ASC (the Aquaculture Stewardship Council). The number of farmed fish that exist is large and growing, while some wild fish populations are declining. These facts, together with the exponential growth in the number of people on earth, makes it necessary for us to be on the lookout for good, sustainable, healthy ways to source protein. That doesn’t mean walking away from our MSC commitment; it does mean that we may expand our portfolio of options.”

Meanwhile, in the arena of processed and value-added seafood products, the industry continues to make headway with interesting new innovations. “Retailers are looking for new ways to market seafood, while consumers are looking for convenient and user-friendly ways to prepare seafood,” says Jeff Duffin, vice-president of Global Marketing for Bedford, N.S.-based Clearwater Seafoods LP. “For example, Clearwater has recently entered this retail space with new products like Scallops & Sauce and Bacon Wrapped Sea Scallops…By offering great-tasting and convenient options, we’re helping make seafood a part of consumers’ everyday lives.” Fox adds that smaller package sizes of plain frozen fillets seem to be gaining in popularity – “likely the boomer effect of smaller households,” she explains. Fish tacos are also a popular trend that value-added producers would do well to consider, says Fox. “Janes recently launched Fish Bites, which is a small battered piece of whole fillet that works well in a taco or on its own as a finger food for dipping – very family friendly.”