Two family-owned Quebec companies — one a national poultry business, the other a provincial pet-store chain owner — are joining forces in a $45-million venture to manufacture dry dog and cat food for the Canadian and U.S. markets.

Dubbed Jupiter, the new business will be housed in a state-of-the-art plant that is currently being built in Drummondville. The 121,000 square-foot facility is expected to begin production in early 2021.

The other partner in Jupiter is Groupe Legault, a 100-year-old family firm that notably owns Mondou, a pet store chain with 67 outlets across Quebec. It also makes its own brand of high-end, wellness-related wet and dry dog and cat foods and treats called Vetdiet, which is sold exclusively through Mondou stores since the 1990s and in some 200 independent stores in several Midwestern U.S. states since the fall of 2018.

According to Désilets, each of the partners will have specific areas of responsibility in Jupiter, in which they own equal shares. “We bring know-how and expertise in the operation of large production facilities,” he said in a phone interview. “We also have knowledge and experience in the sourcing of ingredients, some of which we will also supply.”

For his part, Nicolas Legault said in the same conference call that his family will focus on the development, sales and marketing of all 56 SKUs of dry Vetdiet products that will be manufactured at the new Jupiter plant.

“Our strength is product formulation and com­mercialization,” said Legault, who spent a decade working for Mondou before taking charge of business development for Groupe Legault’s real estate and commercial interests in 2018. “When we talk to industry, we come with top-notch products but also solutions for marketing, retail and merchandising.”

According to Legault, he and his father Jules had long shared a vision of building a pet food manufacturing plant that would enable them to grow and develop the Vetdiet brand in order to compete in the $33-billion U.S. pet food and treats market.

According to Nielsen, pet food and treats are now the largest centre-of-the-store category in the U.S. food and beverage market.

The industry is also dominated by multinational giants like Nestle Purina Petcare, Mars and General Mills, which became a major player in 2018 with its $8-billion acquisition of Blue Buffalo Pet Products.

It was Quebec business consultant Normand Viau who suggested the Legaults meet with another of his clients — Groupe Inovo — to explore the possibilities of a joint venture.

The heads of both families — Jules Legault and Robert Désilets — met in 2015. According to their sons — respectively Nicolas and Jean-Philippe — an agreement was quickly reached to found Jupiter, a name they say represents the cosmic force of their families’ commercial union.

It was after a 2016 trip to visit innovative pet food plants in Italy and England that use fresh meat to make high-end products that the new partners decided to buy gravity-dependent extrusion tech­nology for the production line at the new plant in Drummondville, Que., which is connected to several major highways and strategically located just an hour’s drive from the U.S. border.

Because all major pet food plants in North Amer­ica use horizontal conveyor belts in their production processes, Legault says the Jupiter plant will be the first vertically-integrated pet food facility on the continent when it fires up in September 2020 for six months of operational trial runs.

“Having an extrusion line will allow us to process a wide range of recipes and any number of textures, shapes, flavours and colours,” said Legault. “It will also provide us with the flexibility and scalable production tools we need to produce the high-quality, tasty and nutritional products the Vetdiet brand is known for.”

Once construction of the new plant is complete (the foundation was laid this summer and the frame went up in November), it will have a production capacity of four lines and 100,000 tons.

Initially, however, it will have only a single production line with a capacity of 25,000 tons.

“We will first focus on producing the comprehensive line of Vetdiet dry food products,” said Legault, who refused to say where those products are currently being made and by who.

Because packaging plays a key role in how brands differentiate product lines in the pet food market, and with dry pet food processors reportedly saying that net-weight bag size is getting smaller, with larger percentages of production runs going into bag sizes of less than 4.5 kilograms and smaller runs going into nine kilogram plus bags — the new Jupiter plant will be initially equipped with an automatic packaging system that will allow production of both small bags (one to five kilograms) and larger bags (six to 20 kilograms).

“We will work closely with our business customers to ensure the bag sizes we offer meet their needs for their markets,” said Legault.

The Jupiter plant, Désilets added, will also be open to doing private label production runs — once things are running smoothly. “We’ll be like craft brewers,” he said. “We want to reach two lines in three to five years, that’s our goal.” 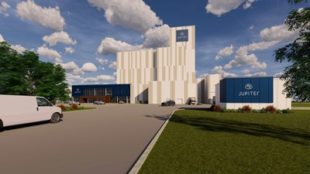 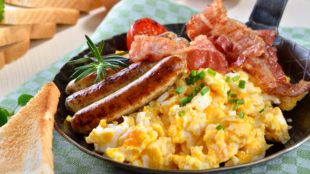 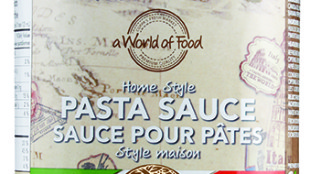