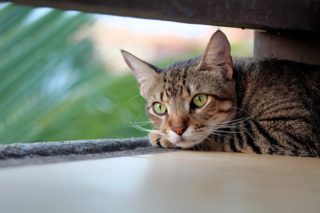 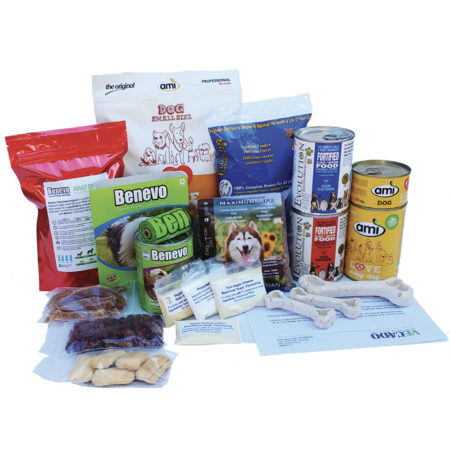 It’s a different food landscape out there than it was even five years ago — for humans and their pets. The number of vegan products now available for humans grows each week, and interest in vegan pet food has also never been higher.

A new study from the University of Guelph’s Ontario Veterinary College gauges this interest. Lead author and PhD candidate Sarah Dodd and her colleagues here and in New Zealand recently conducted an online survey of over 3,600 dog and cat owners from around the world and found that about a third of those who feed their pets conventional diets were interested in switching them to a vegan diet. However, more than half of those participants (55 per cent) put qualifiers on actually making the switch. To do so, they said they would need further evidence that a plant-based diet would meet their pets’ nutritional needs, and want both approvals from their veterinarians and easily-available vegan pet food.

“Our findings suggest that around half of all pet parents had concerns regarding animal products in pet food, regardless of their own diet, with concern for animal welfare being the highest,” says Dodds. “If plant-based diets were well-researched and commonly accepted as being healthy options for dogs and cats, instead of being the alternative and unconventional diets they presently are, I believe it is quite likely that there would be much wider acceptance.”

The stance of the Canadian Veterinary Medical Association towards vegan diets is quite cautious. The organization highly recommends that pet owners who wish to feed their pets alternative diets to consult a veterinarian to ensure it is a nutrition plan based on optimal health for the animal and that Canadian veterinarians consult with a certified veterinary nutritionist before recommending alternative diets for the long term.

Similarly, the U.S. Food and Drug Administration (FDA) also continues to recommend that pet owners only make changes in their pets’ diets in consultation with a licensed veterinary professional. After receiving reports about a problem, the agency is currently investigating a potential link between canine heart disease and dog foods which have peas, lentils, other legumes or potatoes as main ingredients. The FDA states that these reported cases of the disease are highly unusual in that they involve incidences in breeds not typically genetically prone to having canine heart disease.

In the view of veterinarian Dr. Cailin Heinze, the quality of commercial vegan and vegetarian dog foods is a significant concern.

“There hasn’t been a lot of testing of vegan diets,” says Heinze, a Board Certified Veterinary Nutritionist and an associate professor of nutrition at the Cummings School of Veterinary Medicine at Tufts University in Massachusetts. “I would like to feed my dog a diet that’s been around for years, that’s been proven safe, and I would like my clients to do the same. With vegan diets, there can be differences in the bioavailability of nutrients that we don’t yet know about, and the challenge with the protein is that the per cent of protein and amounts of some amino acids in plant materials is a lot lower than in animals. So, while the vegan food might meet the minimum industry requirements, there isn’t much data about whether that’s enough plant-based protein for dogs.”

She adds that with the ingredients that are commonly used these days as a source of plant-based protein (such as concentrated soy protein), there isn’t a good way to increase the protein level without adding a lot of it, which is expensive and can also bring other issues into play.

Heinze is not convinced (outside of health conditions like liver disease and food allergies where she might recommend a vegetarian diet for a dog) that vegetarian and especially vegan diets are a good idea for dogs. She is firm that vegan diets are a particularly “bad idea” for cats, as there are a lot of required nutrients that cats can’t get from plant sources.

“A vegan diet is as far from what a cat is designed to eat as you can get,” she notes. “Dogs have more biological flexibility, but I only recommend a vegetarian diet for dogs on a case-by-case basis.”

For its part, Toronto-based Vecado (Vgan CAts and DOgs) cites research documenting the positive effect of plant-based ingredients on pet health and also points to quite a few studies done in the past decade or so with positive conclusions about the nutritional quality of plant ingredients and their digestibility in stomachs of cats and dogs.

“For example, it was found that soy has an amino-acid profile comparable to that of meat and is easily digestible, so vegan companies use this ingredient as protein source in their formulations,” says Vecado marketing associate Anna Halevina. “Combination of plant-based ingredients and supplemented nutrients results in well-balanced, nutritionally-complete formulas.”

Vecado markets products sourced from non-GMO and organic plant-based ingredients grown in the U.S., Canada or Europe. Halevina says their sales have doubled every year since the company started up in 2014.

With regard to processing ingredients, Halevina explains that as is the case with any processed food, some nutrients are lost in the process of making both meat-based and plant-based pet food.

“Taurine, for example, does not tolerate high heat processing and has to be added back in,” she says. “Some synthetic taurine is being added to plant-based kibble. To avoid these limitations, many cat and dog guardians choose to cook their own plant-based meals at home and supplement. Well-balanced recipes are available and we offer supplements which make these recipes nutritionally complete.

Dodds notes that since her research began at the University of Guelph in 2017, “I have watched the Canadian market grow from one Canadian manufacturer of vegan pet food to three Canadian manufacturers, and watched the importation of plant-based diets grow as well through brick-and-mortar and online pet food retailers.” She says that as the study she and her colleagues published was a snapshot in time, “it would be very interesting to repeat in a couple of years to document how much the use of plant-based diets has grown in Canada in that time. Interestingly, the cost was not a barrier reported by many study participants, so how the expense will factor into limiting or facilitating growth hasn’t been determined at this point.”

In the end, Heinze is of the opinion that pet food companies that want to market a vegan dog food need to have a lot of data to back it up, instead of just making a product that looks good on paper and marketing it. “Vegan dog food may be an emerging market,” she says. “But this trend is fraught with potential to cause harm if not approached very cautiously.”