A meal in itself

As more Canadians find themselves snacking throughout the day in lieu of eating three solid meals, there could be increased opportunities in the baked snack sector 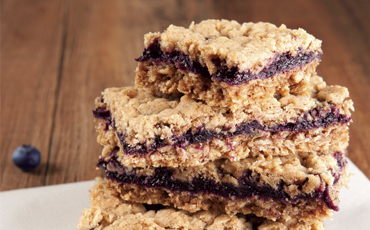 The idea of three square meals a day now seems to be a thing of the past. Today’s typical busy Canadian might find themselves rushing from an early morning workout at the gym, to a workday jam-packed with meetings and appointments, to multiple after-school activities with the kids – and those “three squares” are simply becoming harder and harder to schedule. “It’s just the way people are living today,” says Catherine Jackson, director of Corporate Communications for Mississauga, Ont.-based General Mills Canada. “The day is just churning in front of you. To keep up the pace, people have made changes to accommodate that, and one of the things they’ve really changed is their eating habits.”

So even within the same family, people may be eating at all different times, and they’re often eating on the go. For manufacturers and producers of baked snack foods – such as crackers, cookies, chips and breakfast bars – this trend presents new challenges as well as opportunities. “People are looking for a snack that’s going to serve their purpose, that’s going to be portable and good for you, that’s going to keep you satisfied, that’s going to be something you’re going to enjoy eating – there are all kinds of needs to meet in order to be successful,” says Jackson.

In the 2014 Nielsen Global Snacking Report, released in September 2014, one of the takeaway messages is that snack foods as meal replacements could represent “a growing opportunity” for food manufacturers. The overall report is based on information gathered from 30,000 online respondents in 60 different countries, but the results for Canada in particular show that 42 per cent of Canadians polled often or sometimes replace breakfast with a snack; 43 per cent often or sometimes replace lunch with a snack; and 34 per cent often or sometimes replace dinner with snacks. The opportunities, according to Nielsen, could be in offering more nutritious, fulfilling snack foods to satisfy the needs of the consumer who tends to snack in lieu of sitting down to full meals.

2014. The company’s new Nature Valley Oatmeal Breakfast Squares, available in Blueberry or Cinnamon Brown Sugar flavours, feature 15 g and 16 g of whole grains respectively. These bars offer nutrition, great taste and the portability people are looking for in a quick but fulfilling snack on the go. General Mills also launched the new Fibre 1 Delights soft baked bars, which come in either Lemon or Chocolate Chip varieties. Jackson says these have already proven to be extremely popular. “The immediate response has been great, particularly for the lemon-flavoured Fibre 1 bar,” says Jackson, who notes that while both Fibre 1 Delights products have been selling very well, the lemon variety can barely stay on the shelves. The portability factor makes them ideal for busy consumers, she says, while “the really nice lemony taste” and the health benefits keep customers coming back for more. “When you’re looking at only 90 calories per bar, 20 per cent of your daily fibre [requirement] and it tastes great, there is only upside for the on-the-go consumer,” says Jackson.

Fibre is currently a particularly attractive attribute for many Canadians. The Nielsen study showed that the single most important health attribute Canadians look for in their food and snacks is high fibre (65 per cent), with baby boomers being the primary demographic that seems to be driving this demand. (The second most important health attribute for Canadians is low sodium at 64 per cent, and third is lack of artificial colours or flavours at 60 per cent.)

When it comes to baked snacks, the increase in gluten-free eating is another factor that can’t be ignored. Globally, gluten-free snack options were ranked as very important for 19 per cent of respondents worldwide in the Nielsen survey. “One of the things we’re seeing in our industry, the gluten-free industry, is that the quickest-growing segment is the snack section,” says Jerry Bigam, CEO of Edmonton’s Kinnikinnick Foods. “In our [baked] snack lines, our cookies are doing extremely well. That growth is double digit, and in the food industry, that’s really good growth.”

The increase in peanut and tree nut allergies among children is another factor to consider in the realm of baked snacks. With kids naturally following the same eating patterns as their parents – often eating snacks instead of full meals, whether packed in their lunch boxes for school or gobbled up on the way to soccer practice – there’s definitely a market for healthy yet tasty portable snacks for kids. And these days, the bans on nuts at kids’ schools and extracurricular activities can’t be ignored if children are your target market.

Aurora, Ont.-based Treasure Mills Inc. has specifically chosen to focus on making snack products aimed at on-the-go families with children, manufacturing its School Safe line of baked snacks with exactly these types of allergy-based restrictions in mind. “We don’t target people with allergies, we target the everyday consumer looking for a better-for-you product that meets the requirements of schools and institutions,” explains Robert Johnson, president and CEO of Treasure Mills. “We wrap them individually so they’re portable.” In addition to the portability factor, Johnson says the individual packaging is important because if the snacks aren’t wrapped individually, it could potentially become contaminated if kids touch peanut butter somewhere between home and school. Treasure Mills’s School Safe products – baked in a nut-free baking facility – include Banana Chocolate Chip Mini Loaves, Chocolate Chip Cookie Bars and Raspberry Banana Snack Cakes. “We try to make products that are going to satisfy that sweet tooth, while still delivering a reasonable balance of nutritional elements,” explains Johnson.

No matter who your market is, it seems that snack food manufacturing on the whole is doing very well, with Nielsen retail sales data showing global snack sales of $374 billion annually (ending March 2014), a two-per-cent increase year over year. And $124 billion of those sales were in North America alone. “It’s a good place to be, the snack industry,” agrees Kinnikinnick’s Bigam.