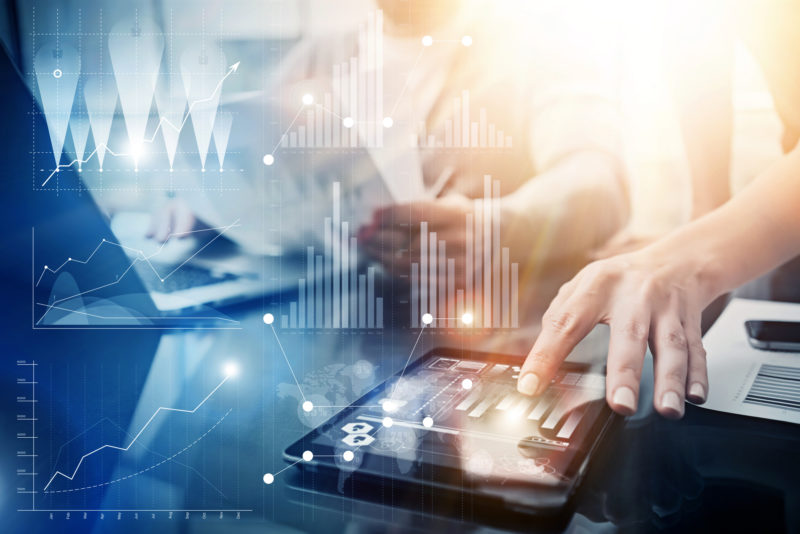 They analyze performance and benchmark where they can. This shows several interesting results: a decline in supply chain costs; steady improvement in livestock performance because of focus on genetic improvement in the breeding stock that wasn’t there when they were purchased; and significant improvement in organic matter of the soil.

The concept of putting supply chains together can have both economic and environmental benefits.

Most commodity markets and the Canadian dollar are very close to where they were two months ago when our last column was written, after rallies created by the latest false hope of an end to Trump’s trade war.

> Grains: The complex benefited until mid-October from false pronouncements by Trump that a “first-round” agreement with China was near. (He’s making them again now.) More importantly, wet weather in the Corn Belt delayed harvest and caused fears of reduced yield. Meanwhile, dry weather in Brazil and Argentina delayed planting corn and soybeans and threatened the wheat crop. Then it rained.

> Corn: USDA lowered its crop estimate in its November report. Livestock numbers are up, and ethanol production increased for seven straight weeks. But after rising from $3.65 to $4.10 on the March contract, prices fell back to the current $3.80 area.

Feeding the decline is the improved outlook for South America’s crop, and the $40 billion to $50 billion tsunami of agricultural exports that Trump trumpeted is turning into a dry gulch. U.S. corn exports this crop year are five million tonnes compared to last year at 12 million.

> Wheat: Chicago March rallied from $4.60 in early September to $5.40 mid-October, then fell back to the current $5.15 area. Many of the same factors affect it as the corn market. In addition, both Russia and Ukraine recently raised their estimates of their 2020 crops.

The October rally went just past the 38.2 Fibonacci retracement of the last big downtrend. The November decline bounced off the 23.6 retracement. Given where this market is relative to its history, we would protect against $5.40 with Calls.

> Soy oil: Bean oil is alone in the grain and oilseed complex in showing an up-trend. March rallied from $0.295 to $0.325 between mid-October and early November before falling back to the current $0.315. The rally is driven mainly by slowing production and growing demand for Asian palm oil. Soymeal is trending the opposite way, so the two products are giving off-setting signals to soybeans. Either too much or too little rain has hampered South American planting of beans. If that gets back on track, meal will likely overcome oil and send the complex down.

We suggested taking protection near the bottom of this rally. If soy oil can stay above resistance $0.31, we would maintain it, but take profits if it closes lower.

> Sugar: We’ve switched to the May chart, which made a contract low in September at $0.1189 before rallying back toward $0.13, currently at $0.1292. The rally is supported by USDA’s forecast decline in production and stocks of sugar and continued increase in consumption, led by a major decline in Indian production, aided by poor beet harvest weather in the U.S. and France.

> Natural gas: March NG continues to cycle between $2.40 to $2.80. A little rally resulting from forecasts of cold weather in the U.S. took it to the current $2.51. U.S. inventories are down slightly, but production continues strong. We continue to suggest contracting or at the low end. If there is still a need for protection, it would be above $2.80.

> Crude oil: Brent crude is mildly up trending, from $54.84 in early October to $61.85, currently at $61.72. Bulls and bears are warring: Funds and other larger players are long in part because Trump keeps teasing them that a China agreement is imminent. Some analysts anticipate a reduced threat of recession and increasing demand. Others forecast the opposite, evidenced by China’s record exports of gasoline in October because of surplus domestic supply.

We continue to suggest buying hand to mouth and protecting against technical resistance at $63, $66 and, especially, $70.

> Canadian dollar: The loonie continues to make little waves between $0.75 and $0.77, currently $0.75285 on the March. Most focus continues to be the guessing game about Fed and Bank of Canada interest rate policy: Poloz last week said the current policy seems about right, so the loon shot up for a day before falling back. The other focus is on oil prices and what they may do to Canadian export earnings.

We saw above that the oil market may be nearing a decision point. A rise will strengthen the loonie and vice versa. Canadian commodity buyers have the risk of a falling loonie and should be covered with Puts at $0.74 or higher.