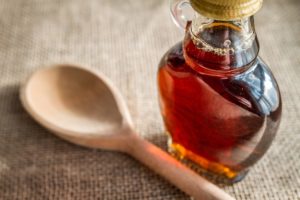 Have you ever heard anyone say “let’s go out for Canadian food?”

It’s an interesting question posed by David Hughes, emeritus professor of food marketing, Imperial College, London, U.K, during the Standing Senate Committee on Agriculture and Forestry meeting held on April 4 in Ottawa. The committee is looking for insights into how to grow the value-added food sector by making it more competitive in global markets.

Hughes told the Senate Committee that from his perspective, “Canada is a world-famous producer and exporter of commodity food ingredients, but as a result of that, the reflection is that there is no great consumer knowledge around the world about what Canada produces.”

Take pasta, for example. “Authentic” pasta is considered to be from Italy, a view shared by consumers around the world, including Canada. The irony is, this “authentic,” Italian pasta is made from wheat produced in Canada.

“It sort of sticks in the craw, doesn’t it, that you can say, even to Canadians: Would you like the Canadian pasta or the Italian pasta? And they will say, “I think I will go for the authentic [Italian] pasta.”

He recalled looking at data from U.S. consumers, who think that Canada is “really good” at food — it’s trustworthy and safe — but can’t name any “Canadian” foods. Occasionally, “someone might eventually blurt out maple syrup,” he said.

The same is not true for countries like Italy and France, where both U.S. and Canadian consumers when asked what foods are from these countries, they “can rattle off a long list of high-value food products,” said Hughes.

Hughes, a former food policy analyst for the Canadian government, said that Canada’s historical focus on commodities stems from the fact that customers from other countries historically had tariff and non-tariff barriers to encourage imports that supported their own value-added processing sectors.

He also points out that value-added development in Canada was further constrained by its proximity to the U.S. border, as some of the biggest food companies in the world are not far from the border, providing a large market for commodities.

Despite the perception of the food industry obtaining low margins, Hughes said “we’re seeing a renaissance, if you will, of interest in the food industry.” But it is not coming from traditional sources. “Almost all the growth in North America in prepared and value-added foods over the last five years has come out of small, emerging, often millennial start-up food companies.”

Despite being a world leader in the production of pulses, peas and lentils, significant sources of plant-based proteins, very little is processed here, Hughes noted. However, that is changing. For example, Burcon Nutrascience Corporation announced last month that it is investing $65 million to build a commercial plant to process pea and canola proteins in Western Canada. The Vancouver-based company said increasing demand makes the timing right to build a large processing facility using Canadian peas and canola.

Developments like these provide Canadian companies with the opportunity to brand their products as truly Canadian.

To support the growth of start-ups and new food innovations, Hughes recommended the federal government invest in food incubator programs to help them scale up. As shown at the recent SIAL Canada show, there is no lack of food innovation happening in Canada; the top 10 innovation finalists were products
created in Canada.

The potential to brand Canada as a food, rather than commodity producer, has never been greater.