Many consumers are drawn to the soothing scent and flavour of lavender, but when it comes to nutrition, the popular plant may not have much to add 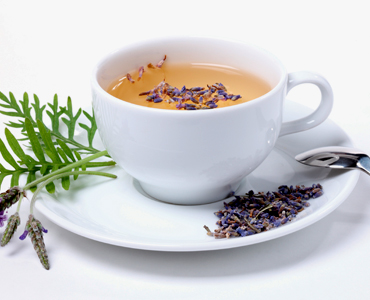 Whether you love the heady scent of lavender or not, you’ve been touched by the plant in some way. Lavender’s essential oil is widespread in the perfume and cosmetics industry. It’s possible, says Soheil Mahmoud, that if you went to any hotel and looked at the shampoos, creams or soaps, you could find lavender.

Mahmoud is a plant scientist and associate professor at the University of B.C. He is part of a research program that studies lavender, mainly how it makes essential oils. His team is also looking at how to enhance oil yield and composition. In addition, Mahmoud and his team are the creators of the BCLavenderNet.ca site.

Mahmoud explains that lavender has been used in cosmetics and for hygiene for centuries, since Roman times in fact. Today the essential oil is big business with major perfume companies purchasing it in tons. “About 2,000 to 3,000 tons of lavender essential oils are produced around the world and marketed all over,” says Mahmoud. “Almost everyone is exposed to it in one form or another. It is a big part of the economy.”

How is lavender used?
The U.S. National Library of Medicine’s (NLM) website says lavender is used for myriad of ailments in a variety of ways: it can be inhaled, applied to the skin, consumed, used in bath water and in pharmaceutical products. Consumers use it for restlessness, insomnia, nervousness, depression, digestive complaints, headaches, toothaches, joint pain, sprains, hair loss, acne, to repel insects and cancer. The Natural Medicines Comprehensive Database rates lavender’s effectiveness as a treatment for many of these ailments – based on scientific evidence.
Lavender is also used in food mostly as a flavour component. The oil also does seem to have sedating effects and might help to relax certain muscles. The NLM also adds that lavender is “likely safe” for most adults in food amounts.

What are the benefits of lavender?
Mahmoud says there are three characteristics of lavender that make it beneficial. One is visual. The second is its scent. Third is the plant’s colour, which is made of compounds that are known to be potent antioxidants. “However,” says Mahmoud, “the bulk of the positive effects come from the essential oils, the antioxidants are a minor feature.”
So it’s no wonder that one of lavender’s biggest uses is in aromatherapy. In food it’s a small player. Although the Summer Fancy Food Show in New York City in June this year showcased lavender in products such as ice creams, beverages, jams, spreads, cheese, chocolate bars and caramel sauces.

Can you formulate with it?
When formulating with lavender manufacturers should be aware that it can impart a bitter overtone. It can also overpower other flavours or get lost in a product.
According to Mahmoud, finding an ideal way to use lavender for consumption depends on what the manufacturer wants to do. “If you want to enhance the flavour of food, you can simply add a little bit of dried lavender flower or a small amount of essential oil and mix it in,” he says.