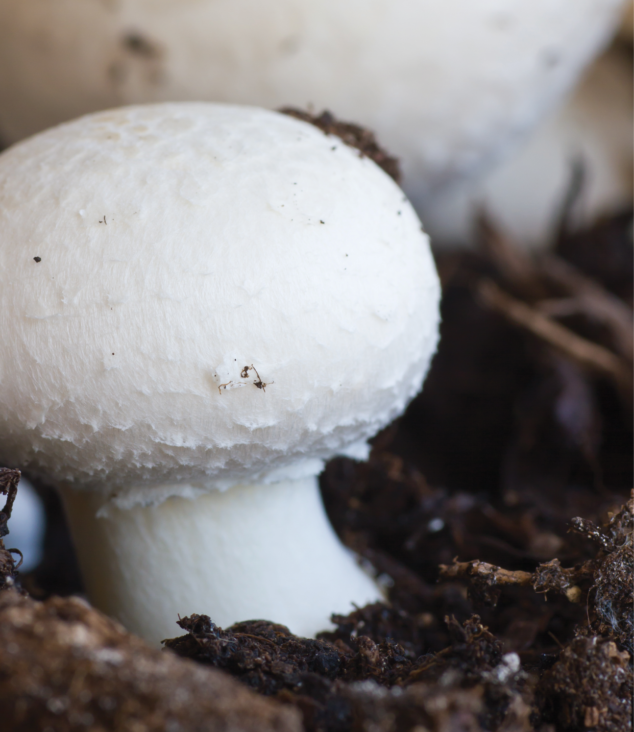 In an era when clean label and consumer health concerns are paramount, the entrance of a new natural food preservative that works just as well as old standbys is more than just welcome. It’s revolutionary.

A brand new mushroom-based preservative is about to be marketed by Fredericton, N.B.-based Chinova Bioworks, a startup co-founded by chief technology officer Tanzina Huq. The preservative, called Chiber, works just as well as chemical preservatives such as sodium benzoate and potassium sorbate, says Huq, for a price that’s only a little higher than these artificial substances and comparable in cost to other natural preservatives. It’s also heat stable, doesn’t change its colour and will be available in both liquid and powder forms.

This comes at a time when global food giants are abandoning chemical preservatives as much as possible. McDonald’s, for example, announced in late 2018 that it will remove all artificial flavours, preservatives and colours from its seven classic burgers. Calcium propionate, which inhibits mould growth, will be removed from burger buns; it’s been found to have the potential to cause irritability, sleep disturbance and more in some children. Another mould inhibitor, sorbic acid, will be removed from the cheese McDonald’s puts on its burgers, and potassium sorbate, sodium benzoate and calcium disodium EDTA will be removed from the Big Mac burger’s “Special Sauce.”

Health Canada still permits almost all the artificial preservatives listed above, as well as many others such as erythorbic acid, iso-ascorbic acid, potassium nitrate, sodium iso-ascorbate and ethyl lauroyl arginate. 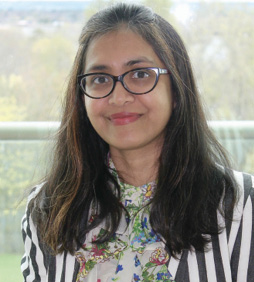 The fact that many mushrooms naturally contain an antimicrobial substance (chitosan) has been known for quite a long time, Huq explains. “We use the chitosan from button mushrooms,” she notes. “We’ve achieved the creation of an effective preservative (Chiber) from the raw chitosan through a great deal of customization, extracting various fractions and testing them. I’ve discovered over time which fractions had the most antimicrobial activity and increased the concentrations to achieve an efficacy equal to chemical preservatives.”

Chiber works the same way as most preservatives on the market, by bonding with a pathogen’s cell membrane and causing organism death. Chinova Bioworks first tested Chiber with beverages, and testing currently continues with dairy products and salad dressings in collaboration with clients in Canada and the U.S.

Production of Chiber is at the pilot-scale now. To achieve commercial production, Huq says she and her team will work with mushroom growers in the region to secure enough fungi, and also continue to do the diligent testing of all processes needed to ensure product consistency.

Huq’s journey into food science and biotechnology started during her PhD, after focusing on chemical engineering in previous degrees. During her doctorate, she worked on different biopolymers and also some antimicrobials as preservatives, gaining a sound knowledge of the chitosan biopolymer. She finished her dissertation and then studied chitosan as a “Mitacs” postdoctoral fellow in the department of chemical engineering at the University of New Brunswick.

At that point, Huq got to talking with a representative from BioNB (the province’s bioeconomy agency) about her research. “She connected me with David Brown (now COO at Chinova Bioworks), and Natasha Dhayagude (now CEO),” Huq recalls. “It was incredible to realize our work could go to market. I have been working on this a long time and to be on the cusp of commercializing a product that’s better for people’s health is very exciting.”

The company was launched in April 2016, and now has 13 employees.

Chiber’s launch in the U.S. is expected by October and approval in Canada will also be pursued. The Chinova Bioworks team is also working to optimize its preservative formulation for cosmetics applications. Huq notes that cosmetics have a lot of synthetic ingredients and the biochemistry is therefore very different than in food products, with lots of potential interactions that must be sidestepped in order to maintain required antimicrobial activity.

The role of Mitacs

Huq recently received a 2019 Mitacs Outstanding Entrepreneur Award. She says the recognition “means a lot” to her, and that she would also like to recognize the support of Mitacs early in her research that enabled her to develop a marketable product. Mitacs is a national, not-for-profit organization that has designed and supported over 8,600 projects over 20 years, in fields that span from engineering and math to the life and social sciences. Mitacs is funded by the Government of Canada, provincial governments and also has many university and industry partners.

Some food-related projects that have received Mitacs support include research to determine the component in buckwheat that lowers blood glucose in diabetic rats (University of Manitoba and Prairie Skyline Ventures), and the design of novel dispensing equipment for quick-service restaurants to prevent health hazards associated with the formation of bacterial biofilms (Dalhousie University and AC Dispensing). Another Mitacs funded project is a study of the beneficial health effects of combining probiotics with phenolic-rich potato extract (McGill University and Lallemand Health Solutions).

Mitacs’ CEO and scientific director, Alejandro Adem, sees this as a very exciting time in the area of new food products, as well as innovation in food safety and production methods, as the world becomes increasingly conscious of issues such as climate change and use of resources to produce enough food for the increasing global population.

When asked about the importance of supporting new ventures such as Chinova Bioworks, Adem notes that startups have generally had tight feedback loops with their markets, which enables shorter reaction time in addressing their customers’ needs. “Startups are also typically not as invested in tried-and-true, and perhaps staid, technologies,” he says. “Therefore, new ventures are, by nature, able to adopt new technologies quickly and nimbly.”

However, Adem believes that in the food industry, both startups and big players like Unilever and Maple Leaf will both continue to innovate. Where he notes startups have nimbleness, close connectedness to their markets and so on, larger multi-national enterprises have more resources. “The reality is that the two communities need each other,” Adem says. “They have almost inverse strengths and weaknesses, so there is a fabulous opportunity to complement each other well to contribute to our innovation ecosystem.”

For her part, while Huq and her startup have certainly already accomplished a great deal, she believes the most rewarding part of her career journey is yet to come. “All the research I’ve done will result in this product being put in actual food products, helping to keep them safe for consumers and not risking their health,” she says. “I will see my product in many ingredient lists and I can’t wait. However, achieving our approvals is still to come and there is still a lot of work ahead to scale up.”