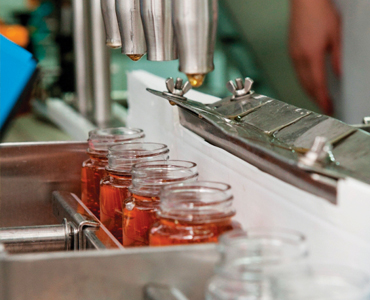 Redmond Hayes is no stranger to puns and metaphors about bees and honey. Take the ones in a recent French-language newspaper article heralding news that the Quebec City-area honey producer will enjoy a 75-per-cent increase in sales this year, to nearly $12 million. Business is buzzing, read the headline, while the story describes his processing plant as a beehive of activity. “You get used to it,” says the 63-year-old Hayes, flashing the smile that is never far from his face. “Bees and honey are a fun subject for people.”

Bees have been profitable, too, at least for Hayes. Buoyed by double-digit growth in exports to Asia, notably to Japan and China, and an expansion across Western Canada as a Costco suppler, his products have been flying off the shelves of late. That’s turned honey into liquid gold for a business that’s been the bee’s knees for Hayes and his two oldest sons, who are now beginning to spread their wings in the family business.

Located in Chateau-Richer, a picturesque village on the shores of the St. Lawrence River, a 20-minute drive east of Quebec City, Ruchers Promiel is actually three businesses that are housed in a growing green and white wooden building.

It is fronted by a newly renovated thematic store and museum that the company’s website (www.musee-abeille.com) describes as “a short vacation, a sweet treat” where people can taste and/or buy honey ice cream, chocolates, candy, snacks and other beehive products, notably honey, royal jelly, pollen and beeswax. Visitors can also learn how to recognize different types of honey, and about the very natural and sustainable way that bees make honey. Other exhibits explain the uses of honeycombs and beeswax from Biblical times down through the ages, and offer modern recipes, many of them driven by and based on the antioxidant and other real and alleged health-enhancing properties of honey.

The real commercial action, however, is in the plant behind the museum/store’s walls. It starts in the unheated warehouse at the back, where $2 million or more worth of honey is stored year-round in bar-coded barrels that identify flower region origin and permit traceability from the producer to the bottle. “Cold is good for keeping honey crystallized, which helps to preserve it,” says Hayes. In that regard, he adds, Quebec’s harsh winters and relatively cool climate offer a competitive advantage over hot honey-making places like Brazil, where honey producers have to keep their warehouses air conditioned.

From the warehouse, barrels of Hayes’ honey are brought into the plant where they are heated to liquefy the contents. Then the honey is either pasteurized (for conventional honey) or not (for organic). Each kind represents roughly half of the company’s annual production of 2,000 metric tonnes. That makes Promiel one of the largest conventional honey makers in Canada, and the country’s largest organic honey producer. It notably sells its organic Naturoney brand almost exclusively through Costco stores across Canada.

Most of that organic honey is imported from Brazil, which is the world’s largest producer and exporter. “There are dozens of certified organic producers in Brazil, which still has vast undeveloped regions where bees can feed on the nectar of natural plants and flowers,” explains Hayes. “You can count the number of certified Canadian producers on one hand.”

For the most part, Hayes mixes and packages the stronger tasting Brazilian organic honey with the more light tasting Canadian organic variety, which comes primarily from producers in Western Canada, where bees make honey mostly from the nectar of canola and clover flowers. The company also produces half a dozen varieties of conventional honey – including clover, creamy, dandelion, goldenrod, blueberry and buckwheat – which are sold under the Musée de l’Abeille label. They are sold in Loblaws and Maxi grocery stores across Quebec (and at two Maxi locations in Eastern Ontario), as well as in some specialty food stores.

All of the company’s products are made on a single production line, which is run by seven of the company’s 21 full-time employees 10 hours a days, four days a week. The four-stage line features a locally made liquid filler, a lot printer, a sleever, and a packaging heat tunnel. Once packaged, an arm robotic pallatizer prepares products for shipment across Canada by truck and rail, and by ship container to Asia. “That’s our only export market,” says Hayes. “We send a couple of containers there a month, and it takes about two months for the product to hit store shelves in Japan and China, especially Hong Kong.”

Hayes notes that he soon plans to add a second production line to increase volume and support future growth. “If growth continues we’ll also build a warehouse in what is now the parking lot,” he says. “The plans are already approved. But we won’t do it unless there is a demonstrated need. We don’t do foolish expansion.”

In many ways, that has always been Hayes’ trademark in business. A bearded granola type from the city who went to an agricultural college with dreams of working with nature, Hayes instead found love, young fatherhood and a job as a technician with an environmental engineering firm in Quebec City. He was stung by the apiary bug in 1978 while taking care of his wife’s two hobby hives while she was pregnant with their oldest son, Gabriel, who is today Hayes’ product manager. “I became fascinated by the life and function of the bees inside the hive,” recalls Hayes. “The essence of beekeeping is really like animal husbandry. And it’s a lot cheaper and easier to get into bees and honey than it is a farm.”

When he became a professional beekeeper in 1983, Hayes quit his job and began producing and selling the one pound of honey he harvested monthly from each of the 350 hives he maintained in farmers fields in the Portneuf region. In 1990, he partnered with two other producers to open the plant, store and museum in Chateau-Richer.

The company continued to grow, surpassing $2 million in sales by the early 2000s. According to Hayes, roughly 60 per cent of those revenues came from direct sales to consumers in their store, the rest from sales at grocery stores in the region, which were supplied by the company’s own truck. In 2003, Hayes bought out his partners and most of their investors, and became the principal owner. “I wanted to make the business more commercial,” he says.

Hayes notably signed a big deal to produce a private label for Métro. That deal, which represented the majority of company sales, lasted until 2007, when Métro began working with another supplier following its $1.7-billion takeover of the Great Atlantic & Pacific Company of Canada, better known as A&P. “That was a bad day,” recalls Hayes. “But it pushed us to expand our horizons and to reorient our efforts towards the export market, because the Canadian market was hard to penetrate.”

After creating the in-house Natroney brand, Hayes started pounding the carpeted pavement at international food shows in 2008, including Dubai, France, Germany, the U.S., Japan and Hong Kong. It was in the latter two markets that he found the greatest interest for honey from Canada, which Hayes said is renowned for its stringent controls over quality and control. “They were panicking because the melamine milk scandal had just broken in China, and they were worried about the safety of Chinese food imports,” he says. The new packaging of his mainstay 375-mL honey bottles also helped. “We had this really sexy packaging with the sleeve and flowers on it. It made it tamper proof, and the Japanese people love flowers.”

From the first modest shipment of three pallets to a regional distributor, demand from Asia quickly grew to be one container every month containing 20 pallets of three varieties (goldenrod, blueberry and a mix) of 100-per-cent pure Canadian honey, all of it from the Prairies.

In 2008, Hayes also signed a deal to supply Costco stores in Eastern Canada with organic honey from Brazil and blends with some Canadian varieties. That relationship grew this year to include all of Western Canada. “That has really helped,” says Hayes, who credits in-store tastings and other organic product promotion by Costco as being the biggest reason for his company’s huge jump in revenues in 2015.

The challenge going forward, he adds, is to sustain growth in an industry that is being buffeted by concerns over the quality and price of honey being dumped globally by China. “I think we’ll be okay because our niche is being identified apart from the other standardized brands,” says Hayes. “People are more interested and knowledgeable now about the many health benefits of honey, and Canada has a world-class reputation for having the best and safest honey products.”