Letter to the editor: No concrete evidence to link transglutaminase to celiac disease

We appreciate the informative article, “Could this widely used food additive cause celiac disease?” published in the January/February 2019 issue of Food in Canada (page 9). Indeed, the coverage of celiac disease in your article is a relevant topic, one that could affect friends and loved ones with debilitating long-term digestive conditions. As your article clearly indicated, celiac disease is a digestive disorder that damages the small intestine. Individuals with the disease cannot eat gluten, a protein found in wheat, barley, rye. It causes long-term digestive problems and prevents subjects from getting the nutrients they need. Clinical diagnosis of celiac disease entails using a medical and family history, physical exams, blood tests, an intestinal biopsy, a skin biopsy, and genetic tests. The only viable treatment option for celiac disease is to adhere to gluten-free diets, which helps with improvement of symptoms.

A review paper published in Frontiers in Pediatrics referenced in your article suggests genetic and environmental factors as a possible hypothesis that may play a role for the autoimmune reaction to gluten. One of the genetic factors proposed mentions, specific mutations in an important immunity-related gene called HLA-DQ, necessary for developing celiac disease, with one of two HLA-DQ variants present in virtually every sufferer. Environmental factors proposed included infections, food and toxin, vaccination, drugs, surgery and even microbial transglutaminase (mTG), an enzyme used in industrial processing of meat, dairy, baked and other food products. The food industry utilizes microbial transglutaminase to cross-link protein leading to the improved texture of foods while decreasing food waste.

The assumption of transglutaminase enzyme (mTG) used in processed food as a possible causative agent for celiac disease is based on a review paper published in Frontiers in Pediatrics without concrete scientific evidence. The current scientific knowledge and a key process in the pathological mechanism of celiac disease are due to deamidation of peptides derived from gluten by an enzyme naturally present in our body, namely, tissue transglutaminase (tTG). In the course of food digestion, dietary gluten is incompletely degraded by tTG enzymes in the small intestine to peptides and amino acids, which are later absorbed and cause inflammation and atrophy of the inner layers of the small intestine that lead to the onset of celiac disease. In contrast, mTG is a microbiologically produced enzymatic isomer, which is substantially different from tTG in both structure and function. Furthermore, the scientific evidence suggests mTG does not lead to deamidation of proteins when used normally in food processing.

The current treatment recommendation for celiac disease patients is to avoid only glutens (the allergenic proteins that trigger celiac disease in susceptible subjects), but not foods that contain natural tTG (e.g., Steak tartare, seafood), or for that matter microbial transglutaminase (mTG). Despite the exposures to food with naturally rich tTG, no celiac disease-related side effects have ever been reported with these foods. As for mTG, for the last 20 plus years of use by the food industry, not even a single case of celiac disease occurrence was linked to mTG. Furthermore, a number of rigorous scientific studies documented that treatment of wheat proteins (pasta, bread) with mTG does not increase deamidation of gluten when properly used, and, therefore, does not increase the potency of gluten to trigger celiac disease in susceptible people.1-3 Additionally, the review paper referenced earlier did not consider previous data which illustrated that the use of mTG may actually block celiac disease in some patients by hindering the activity of (tTG).4 Finally, your article mentioned that Switzerland has a requirement that products that use mTG are to be labelled as unsuitable for persons with celiac disease. This information is no longer accurate as the government of Switzerland has assessed the safety of mTG in meat and meat preparation and would no longer require the information “not suitable for persons with celiac disease.” In fact, the applicable ordinance will be amended accordingly and come into force starting January 1, 2020.

In summation, we would like to conclude that published experimental evidence disproves the hypothesis about mTG use being linked to, (A) celiac disease as such, or (B) an increased capacity of gluten to trigger the disease. 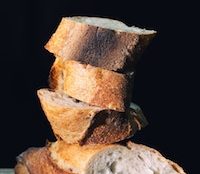 Could this widely used food additive cause celiac disease? 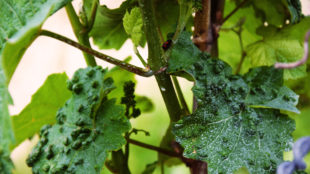 E-Nose will sniff out plant disease