While labelling battles rage across the Atlantic, a certification program has been launched in Canada 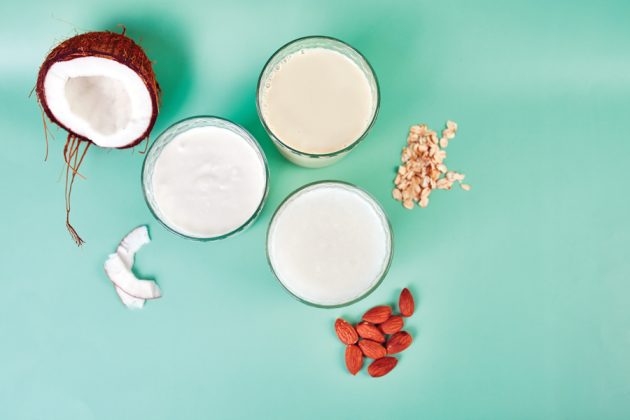 Indeed, the number of plant-based products that are similar in taste, appearance (and in some cases, nutritional content) to meat, poultry and dairy products is exploding. According to a recent Fior Markets report, the global vegan “butter” market is expected to grow to USD1.77 billion by 2026.

Dairy alternatives in particular, including milks made from crops such as soybeans, rice and oats, various nuts and even microalgae, are a fast-growing segment. Starbucks recently sold out of oat milk at many of its U.S. locations. Baskin Robbins has launched several oat milk ice creams, and Quebec-based dairy firm Liberté has also launched a “dairy-free coconut,” yogurt-type product in three flavours.

Start-ups, along with major meat companies such as Cargill are offering many meat alternative products.

With any new product category, there will be labelling issues that must be addressed. The use of common names such as milk on plant-based beverages is a contentious issue in both Europe and the U.S.

Further, a new study from Cornell University found “consumers are no more likely to think that plant-based products come from an animal if the product’s name incorporates words traditionally associated with animal products [such as milk, cheese or burger] than if it does not.” The researchers conclude that “omitting words traditionally associated with animal products from the names of plant-based products actually causes consumers to be significantly more confused about the taste and uses of these products.”

Lindsay Sutton, sales manager at Lovingly Made Ingredients in Calgary (a producer of plant-based protein and starches) echoes these findings. “I support that the industry be open to allowing plant-based cheese, dairy and meat be called just that,” she says. “I would say that consumers are fully aware that, for instance, cashew cheese is not made from dairy. They are not being fooled.”

Ahmad Yehya, CEO and co-founder of Nabati Foods Global in Edmonton (maker of dairy-free cheesecakes, ‘Nabati Cheeze’ and plant-based meats), agrees. “I think that this is completely fine because otherwise, how will a consumer know what the product is supposed to replace?” 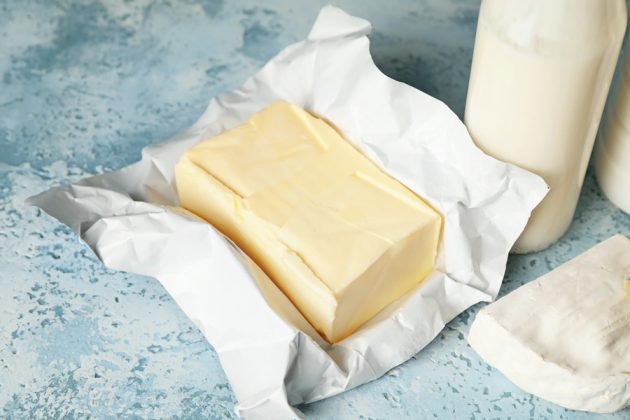 In terms of national legislation, Leslie Ewing, executive director of Plant-Based Foods of Canada (PBFC), a division of Food, Health & Consumer Products of Canada, explains that right now, the use of common names like butter, cheese, meat and milk to identify plant-based foods is prohibited in Canada. For its part, PBFC has recommended Health Canada re-evaluate requirements on the use of common names for plant-based food products, and qualifiers are included where appropriate. “The label would clearly indicate that the product is plant-based, vegan or vegetarian by using terms like plant-milk, soy-milk, plant-butter or soy burger,” says Ewing. PBFC has also recommended Health Canada repeal section B.01.100 (1)-(4) of the Food and Drug Regulations, which require that plant-based products be identified as simulated. PBFC views this as redundant and confusing to the consumer as “these products clearly communicate they do not contain meat by using designations such as plant-based.”

Dairy Processors of Canada said it expects all products, dairy or otherwise, to adhere to labelling regulations.

In November 2020, CFIA consulted with consumers and industry on proposed guidelines “that explain the regulations for simulated meat and poultry products.” A ‘What We Heard’ report summarizing the feedback is expected to be posted in the coming months.

CFIA will also use the consultation feedback to update its guidelines for simulated meat and poultry products and other plant-based foods that are not intended to substitute meat or poultry. “The consultation on proposed guidelines for simulated meat and poultry products will also inform a possible second phase of further clarifications to guidelines on plant-based products that are intended to substitute for dairy and egg, at a later date.”

Regarding the appearance of plant-based alternative products—for example, plant ‘butter’ that looks very similar in shape, size and packaging to a rectangle pound of cow milk butter—CFIA notes the guidelines to come “will not address packaging specifically, but rather the overall representation of the food product.” CFIA adds that “labelling information must not be false or misleading. This includes ensuring foods are accurately represented and not mistaken with other foods.”

In early May, PBFC announced dozens of products carrying the Certified Plant Based seal are starting to appear on Canadian grocery store shelves. PBFC had commissioned international consulting firm Nielsen to conduct a study that revealed consumers are looking for assurance products claiming to be plant-based do not contain ingredients from animal-based sources.

This certification protocol is owned by the U.S.-based Plant-Based Foods Association. They worked with PBFC to create the Canadian version, which encompasses plant-based alternatives to meat, poultry, egg, dairy and seafood products. NSF International serves as the third-party certifying agency.

“We want to make it easy for Canadian consumers to confidently identify plant-based products,” says Ewing, “as the plant-based food industry continues to grow and new products enter the market.”

In the U.S., the Food and Drug Administration is examining federal labelling issues for plant-based products. Meanwhile, legislatures of North Carolina, Maryland and Wisconsin have passed laws to restrict use of the word “milk” to milk from animals. In mid-May 2021, Texas passed a law, which defines “beef” and “chicken” as “any edible portion of a formerly live…cattle/chicken carcass,” and declares that products labelled “meat” cannot contain lab-grown, cell-cultured, insect or plant-based food products.”

Meanwhile in the European Union, dairy producers and associations convinced legislators to prohibit the use of terms such as “almond milk” or “vegan cheese” on the labels of products mimicking dairy. In late 2020, an amendment to the law (known as the ‘dairy ban’) was passed to make it even stricter. At the same time, however, legislators rejected an amendment to forbid vegan food producers from using terms like “burger.”