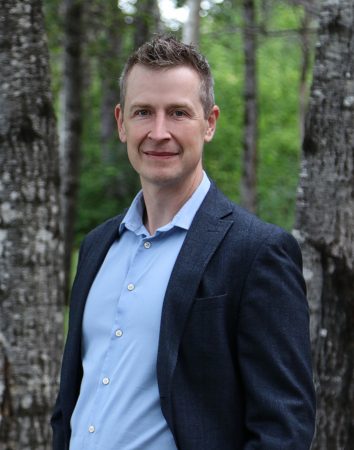 Joseph Lake was recently appointed CEO of the Canadian Food Innovation Network (CFIN). Lake was previously with McCain Foods where he developed and led global innovation targeting future-horizon growth. I spoke to him about his plans for CFIN, the state of food innovation in the country and the reasons for moving from a large, well-established MNC to a new organization where he’s “essentially employee #1”. Here’s an excerpt from that interview.

Why did you join CFIN?

JL: I have a passion for food innovation. It’s dynamic and a changing, challenging and competitive world.

I spent several years in innovation for a large multinational organization, travelling around the world. I was involved with startups, investigating accelerators and incubators, collaborating with contractors and consultants and doing innovative work for a large Canadian company, but often didn’t find myself doing that work in Canada. That bothered me, quite frankly. For a company that wanted to do business in Canada, it wasn’t necessarily easy. It wasn’t clear where to go and who to speak to. Often, it was fragmented. When this opportunity to focus on food innovation in Canada presented itself, I was excited.

What are your immediate plans for CFIN?

JL: I have a two-fold plan: We are looking to rapidly launch a couple of programs in mid to late-September [watch this space for more information on those programs], and very excited about that. The majority of the energy is spent on that at the moment. The second element is staffing up; getting a world-class team in place that is able to support those programs.

The food industry is fragmented and most SMEs often find it difficult to scale up. How do we address this?

JL: This small food problem is not limited to Canada; it is a global phenomenon. Many people with zero food background enter the industry and there are pros and cons to it. Since they are new to the industry, they are able to do things that no other food company would do, but, at the same token, completely miss the boat on scale, regulatory, import-export, supply chain and talent. It’s a really dynamic industry. If you think about CFIN as an innovation ecosystem and a hub, we hope that’s the place you’ll come to seek help.

What are some of the challenges impacting the food and beverage processing industry?

JL: The opportunity to scale is a really difficult one; it’s not easy to find the right places, people or partners. I think they’re there, but not well-connected. I think there’s an opportunity there, but again, that’s not just a Canadian problem. I’ve seen this in other parts of the world too. I just think they’re gearing up for it quicker. Different types of organizations such as incubators and university hubs are addressing this issue. I’ve also seen equipment suppliers building hubs.

I think Canadians are a little risk averse. There’s no shortage of ideas, but not a lot of models to replicate. It is really brave to take that first leap. Once a few people do that, others are motivated to try it.

We also have a very diverse country. I know in other cultures, diversity and entrepreneurship go hand-in-hand, so I’m hoping to see that in the food space. We already see that in historically successful companies in the country. It’s funny because even big MNCs started off as entrepreneurs. Again, a lot of them are going to fail, but that’s the nature of anything small whether its food or not; there’s a risk element.