Have your pot and eat it too 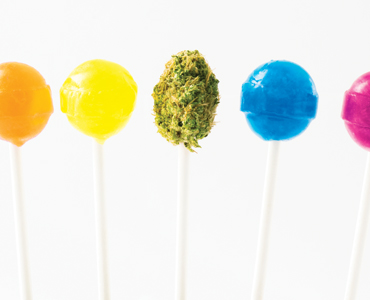 As the Trudeau government steamrolls into power with a Liberal majority, one of its policies making daily news in Canada and around the world is the plan to legalize marijuana and sell it at authorized retailers for recreational and medicinal consumption. This will no doubt bring a deluge of bud-related products that have showered the marketplace in other legal hotspots like Colorado, Washington State and most recently Oregon.

For those in the know about weed, one of the most common ways to ingest it would be to cook or infuse it into food and eat it. This has spurred the creation of food producers eager to make marijuana infused products to cater to the existing and no doubt rapidly growing industry. These aren’t your traditional “space” brownies and cookies either. Over the last couple of decades, lovers of food and pot have come up with ingenious ways to combine these two soulmates and create products that will do well in the marketplace, provided the marketplace had legalized, which is now becoming a reality in many places.

Toronto-based David Posner is CEO of Nutritional High, a company currently trading on the Canadian Stock Exchange. Nutritional High describes itself on the website as being focused on “developing, acquiring and designing products and brands in the marijuana-infused edible products and oil-extract sectors for medicinal and adult recreational use.”

The company is about to launch in the U.S. marketplace for the first time and getting everything ready for a roll out next year. “We’re building out our facility right now in Pueblo, Colo. and we’re testing our products and they are set to be sold in Colorado retail stores in and around April,” says Posner, noting that Nutritional High produces mainly marijuana-infused candy. “We have a depositor that makes chocolate, hard candies, gummies and caramel type products. We don’t bake as we wanted to create a semi-automated system to give the product consistency, but more importantly to give it shelf life.”

The process of turning marijuana into food involves turning the plant into an oil. “It’s a combination of marijuana and ‘trim,’ which are the scraps from the marijuana. It goes into a large extractor, very similar to a juicer and that comes out as an oil. The oils then get infused with your batch of chocolate or your batch of gummies.”

Jeff Maser is CEO of Tinley, a functional beverage company. “Our initial products will contain hemp extract [which is] made from the entire hemp plant and seed, whereas commonly found products in grocery stores today are made purely from the seeds,” says Maser. Tinley began offering samples of its product in November in California and Nevada, with the commercial rollout planned for January throughout California. The product will be available in various independent vitamin stores and online nationwide shortly after that.

Maser believes that legalization of marijuana and related products will take some time in Canada, but that the Trudeau government will act quickly to at least allow medical producers to sell marijuana in edible, drinkable and various other formats so people are not forced to smoke or vaporize it. “Consumers in developed marijuana markets have proven to choose edible, topical, sublingual and drinkable formats over dried leaf products a majority of the time,” says Maser.