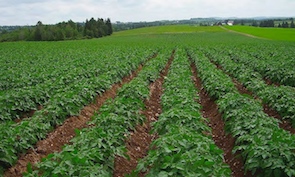 As campaigning from the leaders of Canada’s major political parties began ramping up in mid-September, agriculture and agricultural policies seemed to be missing on the agenda.

Sure, there was some mention of the usual suspects in the general media — such as support for supply management — but campaign efforts, up to that point, seemed woefully lacking with respect to food production. This is alarming since a recent survey from Angus Reid Global and Dalhousie University showed that 55 per cent of Canadians think food security and affordability should be the federal government’s top agrifood priority for the next four years. Could our federal political parties really be that out of touch with the fact that Canadians want to be able to afford to buy food and live in a country that is food secure?

A little digging online to see if any of the parties had a position on agriculture was, again, disappointing. CBC offers an issues tracker, but as of the end of September, agriculture wasn’t listed as an issue. I didn’t fair much better with Maclean’s 2019 platform tracker, which despite having an agriculture category, didn’t offer much insight. At that point, the NDP and the Green parties were the only two to have published their platforms online, but their positioning on agriculture lacked specifics, particularly with respect to food and beverage manufacturing.

All parties agreed that increasing the export of Canadian food products, both raw and manufactured, is good for the country. That being said, no clear direction was given by any of them on how to break the barriers preventing increased export of Canadian food. For both the agricultural commodity and food and beverage processing sectors, the ratification of existing trade deals, as well as finding new trading partners, is key to achieving this goal.

But to meet export objectives and ensure Canadians have access to affordable food, greater action is needed to ensure Canadian food and beverage manufacturers can remain profitable. According to the Food & Consumer Products Association of Canada (FCPC), companies in Canada manufacture 75 per cent of food sold in this country, and purchase 40 per cent of Canada’s agricultural commodities.

In June the FCPC launched a consumer campaign called Food is Fundamental to bring focus to the fact that Canadians want affordable, home-grown food, and that Canada’s food and beverage sector is fundamental to “Canadian families, farmers, economy, and the environment.”

In September, FCPC called on political party candidates and leaders to strengthen the food and beverage by removing four key barriers that the organization says are preventing growth in the sector and resulting in higher food costs for Canadians: Removing red tape to modernize regulations, enable innovation, increase access to foreign markets, and levelling the playing field between retailers and food manufacturers.

Let’s hope no matter which party wins the election, they take a hard look at what the FCPC has outlined and develop the policies and plans needed to help the sector realize its full potential — and that indeed, food is fundamental to Canadians.