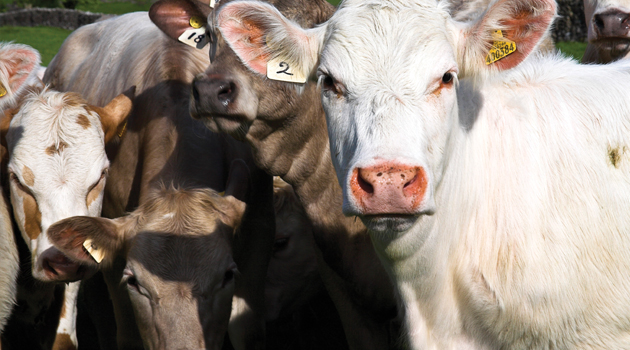 Of the estimated four million cases of foodborne illness in Canada each year, most are fairly mild. But when high-profile incidents occur (think the BSE and avian flu scares, or the Maple Leaf and XL Foods recalls), consumers and industry pay a heavy price. The costs aren’t easy to quantify, but there’s no question that large-scale outbreaks take their toll in product recalls, reduced consumer confidence, lower sales, health care expenses and lost productivity. Recognition is growing in Canada and internationally that foodborne illness not only affects consumer health, it undermines economic strength.

To help boost product safety, competitiveness and market access, government and industry players are embracing traceability systems. The ability to quickly and accurately trace foods back through production, processing and distribution also offers the agri-food sector a powerful way to document the value of their products for consumers and customers.

Of course, traceability is nothing new for Canada’s meat and poultry supply. Bar-tag codes, tattoos, brands and paper-based logbooks have been around for years. And the large-scale animal traceability databases administered by the Canadian Cattle Identification Agency (CCIA) and Agri-Traçabilité Québec (ATQ) got their start more than a decade ago.

However, as the global supply chain grows more complex, there’s pressure to develop faster, more integrated systems. On the live animal side, governments and sector groups are collaborating on an integrated multi-species National Agriculture and Food Traceability System (NAFTS), starting with livestock and poultry, and scheduled for completion next year. Under it, traceability services will be provided to the CCIA, ATQ and other interested sectors through Canadian Agri-Traceability Services, an independent, not-for-profit corporation. In the event of a safety issue, NAFTS must be able to deliver specific details about an animal or herd within 48 hours.

A patchwork of approaches

Planning and implementing any national system in Canada has to take into account that various governments and industry sectors have taken different approaches to traceability and its three basic elements: animal ID, premises ID, and movement reporting. “It’s a patchwork,” says Dr. Martin Appelt, national manager, policy development, with the Canadian Food Inspection Agency (CFIA), meat programs division. “The goal is to create an overarching system that’s flexible enough to accommodate the patchwork.”

At the provincial level, Quebec’s ATQ is perhaps the most sophisticated system, providing a single, multi-species database that tracks animals from birth to slaughter, identifying multiple animal locations and movement. Other provinces are at different stages. For example, Ontario is setting up a voluntary premises registry, while Manitoba has introduced mandatory premises ID for livestock and poultry.

Traceability strategies also vary at the sector level. In Canada’s chicken industry, traceability is handled through the 10 provincial chicken boards, says Steve Leech, national program manager with Chicken Farmers of  Canada. “Each province has premises ID numbers and many have unique numbers for each barn on a given premises. The numbers are geo-referenced and stored on industry or government databases.” Detailed information is gathered for each lifecycle of chickens in a barn, such as arrival and shipping dates, and particulars on the hatchery, processor and trucking companies involved. While much of this data is gathered as a normal part of chicken’s supply-management regime, other elements, such as GPS information, were added after the industry’s experience with avian flu. “We aim for continuous improvement,” Leech adds. “For example, the Chicken Farmers of Ontario is introducing an initiative to digitize traceability documentation for even faster emergency response.”

Provincial pork councils will soon be rolling out PigTrace Canada, a mandatory program for reporting animal movement that comes into force July 1. The other two elements of traceability — identifying groups of animals and location — have been in place for some time, says PigTrace Canada manager Jeff Clark. Under the new program, users must report animals entering or leaving their premises by logging into a central database and recording details such as the date, the number of animals, and the license plate number of the truck carrying them. Besides making tracking faster and easier, PigTrace will result in significant cost benefits, Clark says. “For instance, in the case of a medium-scale disease outbreak, it’s estimated that a national pig traceability system would reduce a 12-month embargo to slightly less than three months, and lower overall costs by  $4.27 billion.”

Observers note that the beef industry has been slower to move on traceability, in part because of its view that the CCIA’s current animal ID program already meets many basic traceability principles and requirements. According to a CCIA summary of the industry’s position, new initiatives will move forward as their benefits become clearer and as existing concerns are resolved in areas such as technology and confidentiality of producer information.

While Canada is making progress on the traceability file, it lags behind the EU, Japan and Australia, says Brian Sterling, senior program advisor with the Global Food Traceability Center. “Industry and government have roles in meat production, but Canada needs to look at what other countries are doing. What we have now are mainly sectoral efforts. Retailers will probably be the ones to force action, but they may have different requirements, which will add cost.”

Recognizing the strategic business benefits of traceability would help drive it forward faster, Sterling believes. “As much as anything, traceability is about getting control of your supply chain. For regulatory purposes, traceability only requires seven or eight pieces of information. But for commercial purposes, you can track anything that’s of value to your business and your customers and have data to back up your claim, as well as tools to improve market access and market share, cut waste and reduce costs.”

Richard Halenda of Oshawa, Ont.-based Halenda’s Fine Foods has discovered traceability’s business advantages first-hand. An award-winning processor of deli meats and a meat distributor to independent retailers, Halenda has introduced an integrated software solution that allows his businesses to trace all aspects of meat production, along with real-time costing, inventory and other functions. Trace back can be especially challenging with deli meats because they use components from other meat products to make a new product, such as sausage. With the electronic footprints the company’s tracking system leaves behind, Halenda’s Fine Foods has the data to monitor how well it is meeting efficiency and customer service goals. It can also correct problems as they arise, pinpoint costs, and supply provincial inspectors with a high level of detail during mock recalls. During a recent mock recall, the company had to trace an instance of higher-than-regulation nitrate levels. “Data from all the critical control points was captured within three hours,” Halenda says. “Not everyone realizes how useful this kind of information can be. I sometimes wonder how we managed before.”