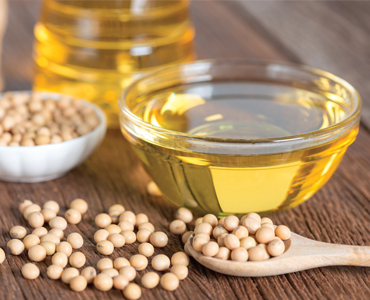 It was in 2013 that a gradual decline began in sales of Better For You (BFY) packaged food in Canada, explains food industry consulting firm EuroMonitor International. In its May 2017 BFY Packaged Food in Canada report, the firm notes that about four years ago, reduced-fat packaged food in particular faced a backlash, but that nowadays, all that has changed.

“Following years of education and communication,” says Euromonitor, “consumers are more open to fat intake, as long as it is ‘good’ fat such as unsaturated fat from plant sources or oil.”

Yes, healthy fats are now perceived as OK to eat, but consumers are still quite cautious of ingesting too much. Indeed, Euromonitor reports that sales of BFY packaged foods, including reduced-fat, reduced-salt and reduced-sugar products, only fell by one per cent in 2016 in Canada, and that most of that drop is due to rejection of reduced-fat milk.

“In terms of taste profile, reduced-fat milk does not really offer the same level of richness and creaminess that consumers desire,” notes Euromonitor. The firm also blames contracted reduced-fat milk sales on a wide range of other reasons, however, from a general long-term decline in per capita consumption of milk and limited consumption of milk in Canada’s expanding aging population, to the availability of more milk alternatives and lack of milk innovation.

Part of the change in consumer perception of fat that has occurred over the last few years is due to the publication of bestselling books like Big Fat Surprise, which Euromonitor says “stirred a great deal of controversy and challenged the association between heart disease and saturated fat that has been the base of recommendations behind low-fat diets in both Canada and the USA.” A significant change in stance on saturated fat has also been taken in recent years by the Canadian Heart & Stroke Foundation. In its latest policy statement, it promotes a focus on balanced diets and limiting intake of processed food.

Chris Masciotra agrees that most dietitians now promote a balanced diet without excess in any one food group, including fats and oils. Masciotra is director of corporate affairs at Soy Canada, the national association promoting soybean oil and all other soybean products. Soy oil, Masciotra says, is a natural oil for production of margarine and shortening, with a reduced need for hydrogenation compared to some other oils resulting in fewer trans fats in the hydrogenated end-product. “Soy oil is also relatively bland or tasteless compared to oils like olive oil,” he notes, “and hence the dominance of soy oil in cooking and baking products.” President’s Choice places soy oil as the first ingredient in its rich PC Avocado Mayo Sandwich Spread, which contains 10 g of fat per 15-mL serving.

Soybean varieties that produce low-linolenic oils have been developed in recent years to further reduce the production of trans fats in the making of margarine and shortening. Masciotra says varieties with higher oleic oils are also being bred (oleic fatty acids are mono-unsaturates that add stability in liquid cooking oil).

According to Shaunda Durance-Tod, concern for heart health and other chronic diseases is behind guidance from healthcare professionals and associations to replace dietary sources of saturated fat with unsaturated fat. “Many Canadian products use canola oil, either classic canola oil or high-oleic canola oil, which is particularly good for shelf-stable products or those that use high temperatures in their preparation,” notes the manager of the CanolaInfo Program at the Canola Council of Canada (CCC). “You’ve probably seen ads for soft margarine and mayonnaise that call out that they are made with canola oil. Many other products like salad dressings and hummus have canola oil listed in the ingredients, as do baked items such as breads and crackers.”

Canola breeders are now aiming for varieties that will produce oil with ultra-low saturated fat content. Another major breeding effort, says the CCC’s vice-president of Crop Production and Innovation, Dr. Curtis Rempel, is focused on producing canola with omega-3 fatty acids – EPA and DHA – naturally found in oily fish. “The health benefits of EPA and DHA are well established – cardiovascular, anti-inflammatory, brain function and others – and oily fish consumption has been linked to positive health outcomes,” Rempel explains. “Although humans can convert plant-based omega-3 alpha-linolenic acid (ALA) to EPA and DHA, the process is inefficient and does not provide our dietary requirements.”

Key global agriculture firms such as Cargill, Dow and Monsanto are all actively breeding for this oil profile, says Rempel, as are scientists at public research institutes such as the renowned UK-based Rothamstead.

In a recent blog report for major Canadian egg producer Burnbrae Farms, dietitian Valerie Johnson explains that omega-3 fats are needed for optimal health at every age. “Their benefits begin with healthy brain, nerve and eye development in the early years and extend into healthy aging,” she notes. “Evidence indicates higher intakes of DHA and EPA omega-3 fats may offer protection against heart disease…[and] may help protect against certain types of cancer. There is also evidence that higher DHA and EPA intakes may help promote optimal cognitive functioning and protect against dementia as people age.”

Many Canadian egg producers offer eggs high in omega-3 fats (usually from the inclusion of flax seed in the hens’ diet), as well as products such as Burnbrae’s new Naturegg Omega Plus Liquid Eggs.

However, of all sectors, dairy seems to be the one in which the rich flavour and creaminess provided by fat is increasingly valued. “There is always an interest in low-fat products, but we are certainly experiencing greater growth in our higher-fat products,” notes Larry Hook, vice-president of Sales and Marketing at Mississauga-based Gay Lea Foods Co-operative. “This is true across a number of our product categories, including sour cream, cottage cheese, cheese and cream products.”

Dairy product ingredient lists that are “clean” are also important to consumers. “Some of our recently launched products are perfect examples of this,” says Hook. “Our new Gay Lea Gold Sour Cream is a higher-fat product (18 per cent) with simple ingredients and no added gums or stabilizers. Likewise, our Stirling Churn 84 Butter has a higher butterfat content than other core butters in the market. It’s great on its own and ideal for baking.”