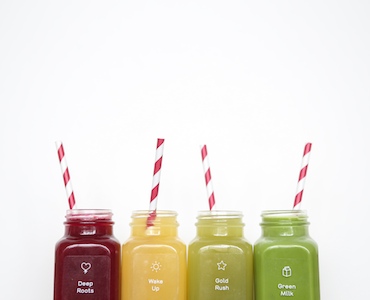 It’s hard to remember a time so rife with innovation in the non-alcoholic beverage segment as it is today, as manufacturers respond to consumers’ shifting expectations. Drinks aren’t just for slaking thirsts anymore, and increasingly must bring added value.

“Functionality is front and centre, and is almost becoming mainstream,” says Louis Giguère, vice-president, Innovation and Portfolio Strategy, at Enzyme, a Montreal-based food and health marketing agency. “In the old paradigm, beverages were for hydration. In the new paradigm, beverages are for functionality: food replacement and quality of nutrients.”

Falling into this category is the Special K breakfast meal-replacement beverage containing vitamins, minerals and proteins, and the antioxidant-rich Cheribundi line of drinks made from tart cherries. In the U.S., Cheribundi’s sales are growing at “high double digits,” says Giguère.

Protein is also making its entry into the beverage category, notes Giguère, pointing to Bolthouse Farms’ protein-packed smoothies that “are not a meal replacement, but just a good snack.” In addition, nutrient-rich foods such as chia seeds are finding their way into beverages. These types of drinks, combining functionality with pleasure, are growing at “high double digits,” according to Giguère. Popular flavours include mint and ginseng.

Finally, sugar is on the radar big-time, says Giguère, due to the United Nations’ World Health Organization guidelines recommending consumers eat no more than 16 g of the sweetener daily — the equivalent of one can of soda pop. Consequently, beverage manufacturers are striving to lower sugar content “without compromising taste.” Offering a possible workaround is stevia, a sweetener lower on the glycemic index than other types of sugar and now legal in Canada, he notes.

Over at Whole Foods Market, “raw is leading the category,” says Rob Luscombe, grocery/whole body buyer for the specialty retailer’s Ontario stores. Sales of raw juices — which either aren’t pasteurized at all or are processed via water-driven high-pressure pasteurization, retaining fruits’ and vegetables’ nutritional properties — have been increasing for several years at Whole Foods’ Ontario stores.

The raw-juice category is still on an upswing and seems poised to remain strong for some time, says Luscombe. In the category, “anything green is big,” with kale leading the way. “We’re starting to see more functional beverages as demand continues to increase. People want to get nutritional value from their drinks. They want food to do something for them.”

Noteworthy functional beverages include Kona Red, made from Hawaiian coffee berries and very high in antioxidants, and protein drinks, “an up-and-coming category,” says Luscombe, who cites Rumble, a whey milk-based beverage whose ready-to-drink (RTD) format frees consumers from having to make a protein shake from scratch.

The “poster child for functional beverages,” however, is coconut water, an all-natural electrolyte replacer that has “grown by leaps and bounds,” says Luscombe. Coconut waters flavoured with mango, pineapple and chocolate are on the market, but when it comes to sales, plain, pulp-free varieties rule, he adds.

Other growing categories at Whole Foods include organic apple cider vinegar-based drinks, in flavours such as ginger spice and apple cinnamon, from Bragg Live Food Products; the Mamma Chia line; and beverages based on kombucha (fermented tea), some of which also feature chia seeds.

In all, non-alcoholic beverages represent a significant product segment, with Canadian retail sales in the fourth quarter of 2013 totalling almost $903-million, according to figures provided by Statistics Canada.

Overseas, innovation is rampant in the sector. In June, a line of inventive bubble teas took top spot at DrinkPreneur Live 2014. Held in London, this was the U.K.’s first specialized start-up accelerator for the RTD beverage category.

Ieva Petkevičiūtė, new product development manager at My Drink Beverages, a beverage development company based in Kaunas, Lithuania, reports a key trend towards natural energy drinks featuring ingredients such as guarana (made from a climbing plant in the maple family), natural-source caffeine and extracts of green coffee bean, green tea and yerba mate (a plant in the holly family).

Cecilia Martinez, regional research co-ordinator at Bath, U.K.-based Zenith International food and drink consultancy, says carbonated soft drinks (CSDs) remain the largest and most popular category of non-alcoholic beverages, but “have been losing ground to other categories perceived to be healthier such as juices or flavoured waters. Innovation in categories other than CSDs has also helped shift preference away from CSDs.” As obesity has become a global issue, consumers around the world are looking for beverages with lower sugar/calorie content or those that are healthier, she says.

In the U.S., cold-brew coffees are also gaining traction. These products are either sold “black” in RTD format or mixed with sugar or milk/creamer. “They are aimed at coffee connoisseurs looking for freshly brewed flavour and thus command a premium price over other RTD coffees.” More recently, some cold-brew coffee brands have introduced flavoured concentrates (such as Dave’s Coffee syrups) that allow consumers to customize their coffee, she says.

Martinez adds that beverages offering a clear benefit or function, and whose benefits can be seen, felt or measured in some way, stand to benefit the most. Juice-cleanse beverages, many of which are vegetable-based, are selling well, and vegetable-fruit juices “have also become popular among moms as a way to ensure children consume more vegetables, but without being aware of doing so.”