Food companies face rising costs, and are using an old strategy in new ways in order to keep price points the same 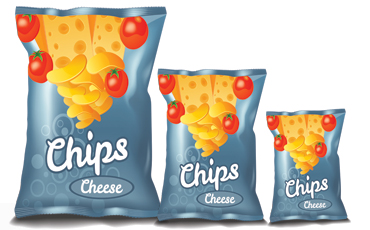 Input costs are a tough challenge that food companies have to deal with on an ongoing basis, and when it comes down to meeting that challenge, they really only have two options. They can increase the price – which tends to make consumers angry pretty quickly – or they can offer a smaller amount of product for the same price, sometimes with a new and improved formulation.

“Although consumers often jump to the conclusion that the company is purely profit-driven – which it certainly can be – it is often the case that reductions in the amount of the product offered to the consumer at the same price are due to increased costs of raw materials, production and distribution, which the company must bear,” explains Kate White, professor and division chair of the Marketing and Behavioural Science and Professorship in Consumer Insights, Prosocial Consumption and Sustainability at the Sauder School of Business at the University of British Columbia. “Thus, the company is often faced with the decision to either increase the price the consumer pays, or to cut costs in some other way. Research shows that consumers are more sensitive to price changes than to decreases in product quantity. Thus, companies will often decrease product sizes.”

Downsizing has received quite a bit of attention lately in Canada, mostly due to the topic being the focus of a CBC television Marketplace episode called “Grocery Games” that aired in March. Marketplace producers pointed out many examples of products that have been downsized, “often [as stated on the CBC website] in ways that are not obvious or are difficult for consumers to detect.”

But “product downsizing” is nothing new. Edgar Dworsky guesses that it started over 75 years ago, in fact. “The lore of how downsizing started was years ago when vending machines in the U.S. sold nickel candy bars,” says the American consumer advocate, consumer protection lawyer and founder of Consumerworld.org. “The price of chocolate and other ingredients apparently went up, and vending machine operators didn’t know what to do. Their machines only took nickels. Manufacturers accommodated these sellers by putting a little less candy in each package, so it could still be sold for only a nickel.”

Dworsky believes downsizing is not going to go away, and that how much of it occurs will always depend on the ebbs and flows of the economy. “When there are steep increases in raw materials costs or times of high gas prices (raising delivery costs), you are likely to see more products get reduced in size,” he says. “At some point, some brands are forced to reintroduce a larger size that had suffered repeated downsizings. One-pound bags of potato chip have gone from 16 oz to 10, 11 or 12 oz…but that triggers the manufacturer to re-introduce a one-pound size, but at a much higher price than the original one.”

In Dworsky’s view, most consumers get annoyed at manufacturers that downsize their favourite products, but he guesses that most consumers are oblivious to it. “Shoppers tend to a spatial memory of the approximately size/shape of the package they usually buy,” he notes. “They tend not to read the net weight or net contents statement each time they buy, presuming it to remain constant since the size appears to be the same. And therein lies the trick…Isn’t that the perfect scam when the victim doesn’t even know they had been taken?”

White agrees that busy consumers often don’t notice downsizing, but that when they do, they have a negative reaction. To prevent notice, White says companies often test to make sure that any changes made are below what is called the “Just Noticeable Difference.” Dworsky also thinks companies may use the strategy of looking to the past, since most products have been downsized before. That is, they might gauge the success of a current downsizing initiative by the number of complaints, or lack of complaints, they’ve previously received.

CBC Marketplace points to four main downsizing strategies. One is having the package look the same as always, but contain fewer portions. Another is to offer the same number of portions but to make them smaller. Marketplace found, for example, that a downsized box of Red Rose tea contains the same number of bags (same cups of tea), but that the 72-bag box is now 18 g lighter. The show’s producers contacted the tea manufacturer, Unilever Canada, which stated that the teabags have been redesigned and the recipe reformulated to be richer.

The other main downsizing strategies Marketplace identified are placing more air in a sealed type of package (such as in a bag of potato chips), or lastly, to simply reduce the amount of product. For example, some cartons of dairy products have shrunk from 250 mL and 500 mL to 237 mL and 473 mL respectively.

In terms of packaging changes, manufacturers may narrow the depth of the box or container, a commonly used strategy with cookies or breakfast cereal. “So looking at it head-on on the shelf, it will look identical to its predecessor,” Dworsky notes. “Some may also add a taper somewhere in the container, such as Ocean Spray 100-per-cent juices that went from 64 to 60 oz.” Similar to the taper is “doming” the bottom of the container so that a decreased volume of the product goes unnoticed by most consumers.

Highlighting the novelty of some change in the product such that it is positioned as being new or improved can draw attention away from package changes or make such changes seem more justified, notes White. Dworsky adds that most downsized products are not new and improved, but when a product is improved, it is often accompanied with a reduction in contents. “That’s when the new and improved claim can redirect a consumer’s gaze,” he says.

White also points out that companies might market some downsized products as providing added customer benefits. “Coke and Pepsi have positioned past reductions in their beverage container sizes as a means encouraging healthy portion sizes,” she explains. “Also, many decreases in product amounts/packaging sizes are positioned as being more sustainable – which they are because they decrease the amount of raw materials and energy used in production and shipping.”

At the end of the day, White believes that it’s important for consumers to remember they have the right to be informed and to choose. She advises shoppers to look at the unit price, not just the total price, and pay attention to whether the packaging and/or the product quantity have changed. “If consumers feel that the company is being unethical in their practices, the consumer can choose to buy an alternative brand,” she says, “or they can decide they love their favourite brand anyway and continue to buy it.” Dworsky agrees that consumers can always voice their displeasure, but believes that while “they may get some coupons as an apology, the product is not going to be un-downsized.”