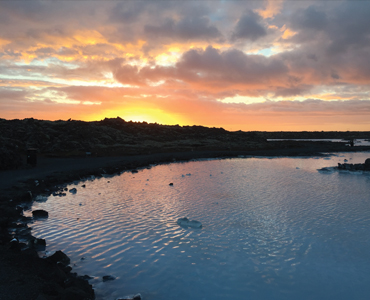 Just five and a half hours flight from Toronto, Iceland is a busy tourist destination these days. One in five people on this Nordic island is a tourist, making tourism the number-one industry, followed by fishing. The 103,000-sq.-km island, population 338,000, is home to some of the most dedicated and talented chefs on the planet. I met up with five of them in my travels around Iceland.

Local ingredients in Iceland include puffin, crowberry, blueberry, rhubarb, wild mushrooms, wild thyme, lovage, angelica, dried seaweed, and skyr (a low-fat, high-protein cultured dairy product). And  Iceland is certainly known for its salmon, scallops, haddock, plaice, halibut, herring, shrimp, and Norway lobster (also called Dublin Bay prawn,  langoustine or scampi) has been called “the most important commercial crustacean in Europe.” Icelandic (Northern European short-tailed) sheep, which you see everywhere as you drive around Iceland, have a fine grain and distinct, delicate flavour. CDN$1 gets you 78 Icelandic króna (ISK). A main course in a  mid-scale restaurant will set you back CDN$45 to $60. It’s not inexpensive to visit, but worth every penny.

One of our many stops around Iceland was North West restaurant and hotel, located in the northwest of Iceland, two and a half hours north of Reykjavik where we met Kristinn Bjarnason, chef/owner at North West. Trained in Reykjavik, Bjarnason opened the business just two years ago. My wife Judie and I had a wonderful dinner and I toured their newly renovated kitchen. 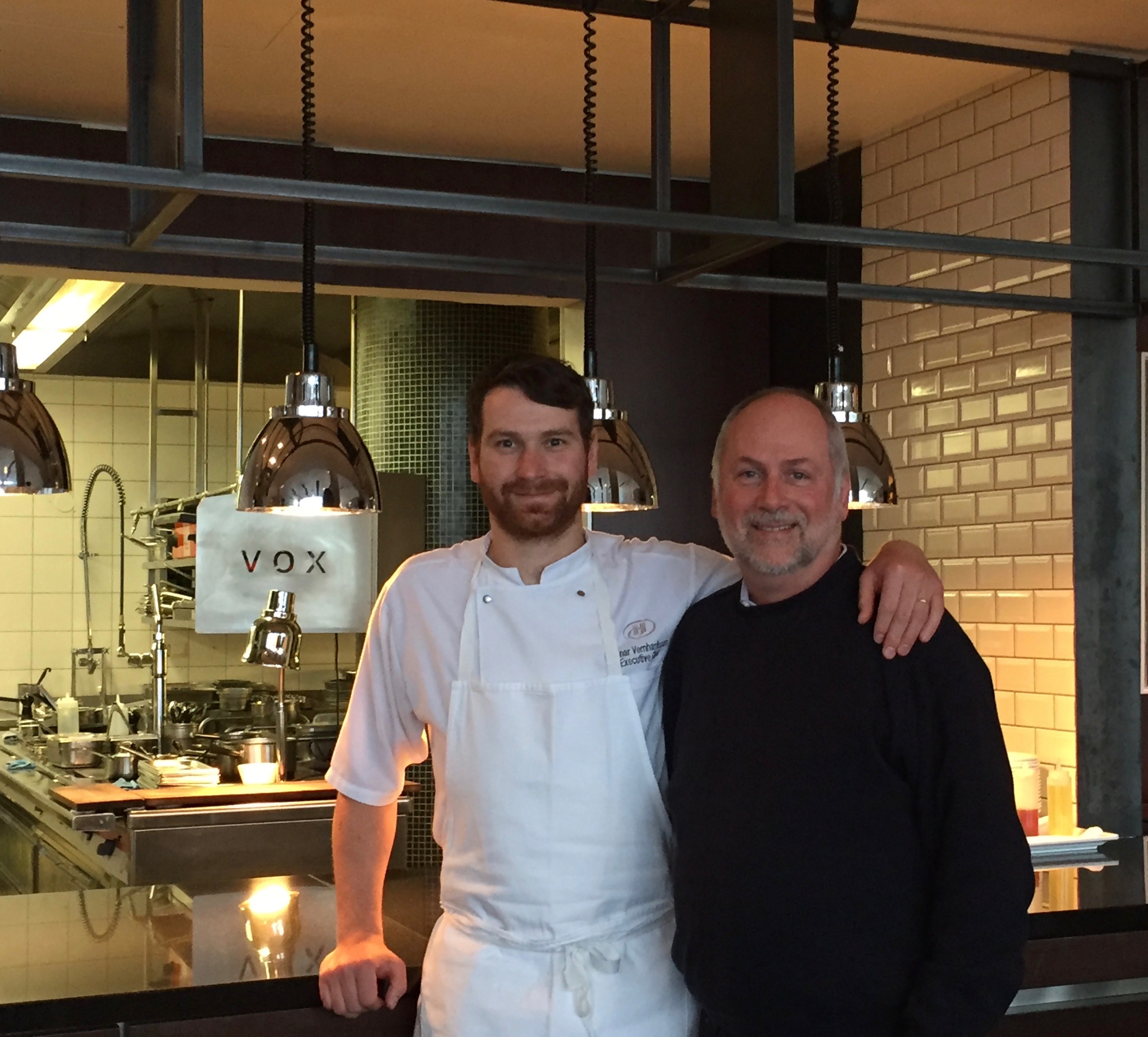 Ari Freyr Valdimarsson, head chef at Foodcellar (Matarkjallarinn) located in the city centre, spent seven years working in Copenhagen, during which he won gold and silver medals with the Junior National Team and was a finalist for Iceland’s Chef of the Year in 2007. I asked Valdimarsson what unique products he uses that most chefs wouldn’t know about and he offered me a sample of “sea truffle” (bangskegg), Norwegian Kelp. They’re handpicked sustainably along Iceland’s coast, smell and taste similar to truffle mushrooms, and when dried are excellent as a seasoning.

Foodcellar has a varied menu of local specialties and an impressive  beverage menu with award-winning cocktails featuring modernist techniques. Dinner consisted of a rich seafood soup with smoked haddock, scallop and shrimp followed by grilled lamb tenderloin and then tusk (a North Atlantic cod-like fish) and salmon cooked sous vide at 40°C. I gave Valdimarsson a sample of edible helium balloon mix and we made a few balloons. He seemed quite excited about the prospect of serving the  balloons at a future event.

Jonsson was kind enough to invite us to stay with him on our last night in the country, Iceland’s National Day, and was very proud to be flying the Icelandic flag outside his home. We dined on freshly grilled langoustines and we sampled Börkur, a bitter made from Icelandic birch bark. Jonsson really knows his seafood, having been corporate chef for Icelandic Seafood for 22 years, 12 of them in the U.S. Having earned his Master Chef Certification in 1969, Hilmar went on to prepare most banquets given by the former Icelandic president Vigdis Finnbogadottir, both abroad and at Bessastadir, Iceland during the 1980s and 1990s.

We talked about his life growing up on a farm, as well as the unique  Icelandic preserving method that uses soured whey left over from making skyr for storing meat over the winter months (the key was to cook the meat very well before placing it into to the fermented whey so it wouldn’t spoil). Jonsson received the Honorary Service Order from the Icelandic president, the president of Finland, King of Spain, and the Queen of England, and was president of the Icelandic Chefs Association for six years and vice-president of the World Association of Chefs’ Societies from 2008 to 2014.

Jonsson had recommended we dine at Vox, so I met up with Fannar Vernharðsson at the Hilton Reykjavik Nordica. Vox is proud to introduce the manifesto of New Nordic Cuisine, placing emphasis  on fresh Icelandic and Scandinavian sources for their modern menus. The seven-course tasting menu consisted of langoustine, salmon tartar, beef tataki, smoked haddock, scallops from Breiðafjörður, fillet of  lamb and Icelandic berries from Kvistar. The bread, with freshly churned butter, was dusted with angelica powder, which has a similar taste to juniper berries. I hadn’t tasted angelica since my days at  culinary school, when we used the candied root to garnish desserts. At CDN$165 (ISK 12.900) for the entire tasting menu, it was an amazing value for a spectacular dinner in one of Iceland’s best restaurants.

Vernharðsson is a dedicated chef, having been a member of the Icelandic Culinary Team from 2011 to 2017, the winner of Dessert of the Year in 2012, and a competitor in Chef of the Year and the Culinary World Cup in 2011 and 2014 respectively. He trained in Reykjavik and worked at Apótek restaurant for three years. When asked about his stagiaire at Mathias Dahlgren’s Stockholm restaurants Matbaren and Matsalen, Vernharðsson couldn’t say enough about the impact his time there had on his career. His time spent travelling  throughout Asia is also evident in a few of the dishes at Vox, which he became executive chef of in 2011. Vernharðsson believes that Iceland’s chef schooling system, which allows students to spend a majority of their four-year apprenticeship learning all aspects of the kitchen, has been a major  influence on the success of Iceland in the international culinary world.

I had arranged to meet up with the recent bronze winner of the 2017 Bocuse d’Or, Viktor Örn Andrésson, just north of Reykjavík on the Langa River at an upscale fishing lodge that he and his team would be catering to for the summer salmon fly fishing season. With the amount of fish Icelandic chefs work with on a daily basis, it’s not surprising that Andrésson won a special prize for the best fish dish in the 2016 Bocuse d’Or Europe. Up until then, an Icelandic competitor had not made it onto the podium at the Bocuse d’Or since 2001, but Andrésson’s two turns as the assistant to the Iceland competitor in 2005 and 2009 certainly gave him the experience he needed to win. He believes the formula for success is the continuity of information and experience that is always transferred to the next chef competing, a sentiment echoed by Vernharðsson. 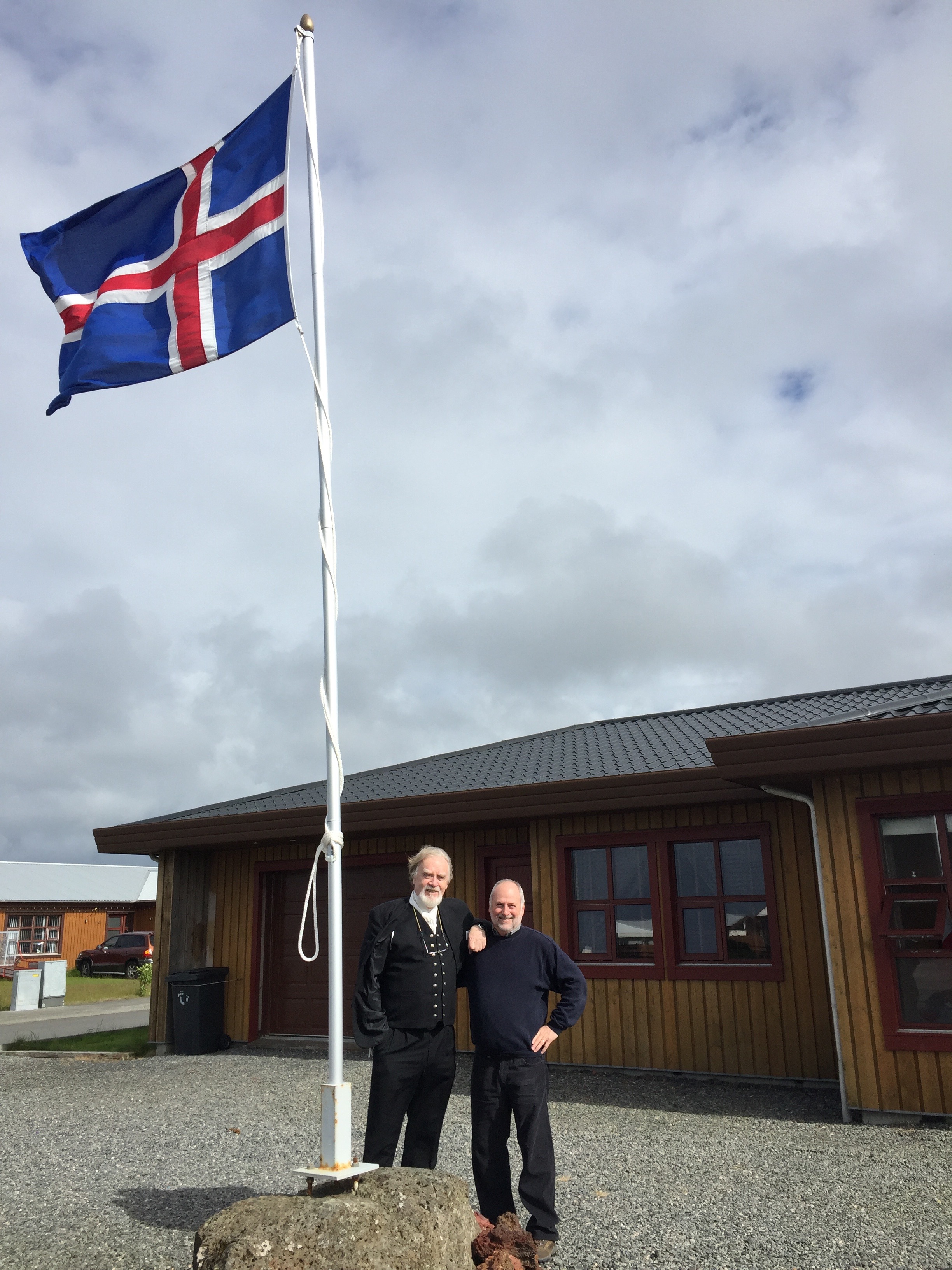 Andrésson, a member of the Icelandic National Culinary Team since 2009, was executive chef of the high-end spa The Blue Lagoon from 2010 until 2015. He’s won gold and silver medals at the Culinary World Cup in 2010, was Icelandic Chef of the Year in 2013 and Nordic Chef of the Year in 2014. He’s a big fan of sous vide, and has many kitchen gadgets, including a Thermomix, and uses custom moulds and modernist ingredients like gellen, agar and xanthan gum as needed.

Andrésson believes the financial crisis that began in Iceland in 2008 had a positive impact on the country’s cuisine. Before the crisis Icelandic cuisine included ingredients from all over the world, including kangaroo, and didn’t have an identity. After the crisis the costs of imported food almost doubled and chefs had to look from within to find their Nordic roots. Today the  cuisine is thriving, and there is worldwide recognition for the country’s  fishing grounds, which are without a doubt among the purest in the world.

The good news is that you can taste some of Andrésson’s creations in Canada.  He’ll be in Toronto for Taste of Iceland, from Nov. 9 to Nov. 12, at Leña Restaurante.

John Placko is culinary director of Modern Culinary Academy and Bar 120: Cuisine Transformed, Pearson International Airport. Contact him at  (416) 666-9544, or at johneplacko@gmail.com