Cream of the crop

When it comes to Canadians’ tastes in cheese, yogurt and ice cream, indulgent experiences, global flavours and locally sourced rule the day 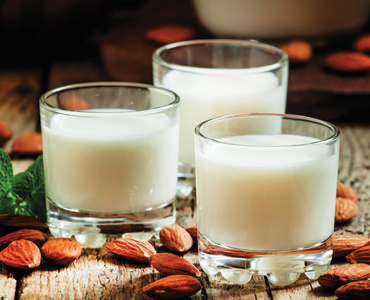 Few segments captivate like dairy. Cheese, ice cream and yogurt are universally loved treats, and milk is often an ingrained part of the diet, beginning in childhood. With respect to Canadians’ preferences, indulgent experiences, global flavours and locally sourced reign.

Dairy Farmers of Canada. “In fact, the desire for Canadian cheese, as established in Quebec and Ontario, is moving west.” With the influence of television and local consumer food shows, local/artisan foods are of great importance, which influences purchase choices, she says.

“Our customers like big, bold flavours — we sell more 10-year-old Cheddar than one-year-old,” said Afrim Pristine, co-owner of Cheese Boutique, in Toronto, who adds that Canadian cheesemakers are “at the top of their game.” Not surprisingly, then, customers are requesting Canadian. “We sell more Bleu d’Elizabeth, from Quebec, than Roquefort.” Earlier this year, Loblaw introduced PC two-year-old Canadian smoked Cheddar.

Pristine’s store curates cheese programs for more than 100 Toronto restaurants, and on those boards, he’s noticing a “big push” for Canadian products.

A growing sub-category is non-dairy cheese catering to the seven million Canadians who are lactose-intolerant and 20 million suffering digestive disorders. Indeed, the Canadian alternative-cheese category is growing at a rate of almost 6.5 per cent annually, according to Nielsen data. Enjoying a 61-per-cent market share of that category is Vancouver-based Daiya Foods. Consumer requests for “cheesier than ever” products resulted in Daiya improving the flavour and texture of its Farmhouse Blocks (which include Smoked Gouda Style) using a blend of tapioca starch and pea protein.

Regarding fluid milk, Canadian 2015 retail sales totalled $2.68 billion, equating to retail sales volumes of just over 1.82 billion L, a 1.1-per-cent drop vs. 2014. At the Top 200 limited-service restaurants in Canada, milk/chocolate milk is among the fastest-declining types of non-alcoholic beverages, according to Technomic. Driving the drop in milk consumption, says Da Silva, is an aging population, an immigrant population not accustomed to drinking fluid milk, and the increased desire for other protein sources.

“For fluid milk, there is a shift in purchase habits toward higher-fat dairy products,” she adds. “As Canadian consumers are made aware that higher-fat dairy products do not negatively impact their health but, rather, the contrary, the desire to consume them is becoming more prevalent.” Gay Lea’s marketing team reports growing interest in specialty milk products, including goat milk, driven “primarily by Canada’s diverse population.”

Non-dairy alternatives such as unsweetened almond and coconut milk are gaining traction on menus as well, according to Technomic. West Coast coffee shop chain Blenz, for example, now offers coconut milk as a dairy-free option for all its drinks.

In Canada, plant-based beverages represent an approximately $200-million business, according to Nielsen figures. The largest product segment is almond, with soy being the second largest. The unsweetened segment leads all categories in growth.

Similar to fluid milk, however, there is a shift in yogurt purchasing habits toward natural, higher-fat products, says Da Silva. Greek yogurt, a good source of protein, continues to increase in popularity and sales.

In September 2015, Daiya introduced Greek Yogurt Alternative, made from coconut and pea protein and available in varieties like Peach and Black Cherry. Sales “significantly” exceeded the company’s expectations, according to vice-president of Marketing Michael Lynch in a release.

In the ice cream category, Canadian 2015 retail sales volume totalled just over 115 million L ($345.5 million), an increase of 0.5 per cent versus 2014. Fastest-growing flavours are chocolate chip, maple, pistachio, black cherry and pineapple, according to Technomic.

Canadian consumers are “looking for something unique to spice up their lives,” and are also seeking “other flavour profiles,” she says. Everyday value plays a large role for today’s consumer. Due to Canada’s ethnic diversity, those sought-after new flavours are often globally influenced. Chapman’s gelato, introduced in 2015 and available in flavours like Amaretto Biscotti and Sour Cherry Tango, was “well received by consumers,” and although vanilla ranks first in all other Chapman’s ice cream categories, among gelato, Amaretto Biscotti rules, says Breedon. In 2016, the line will grow to include Blackberry Lychee and Sticky Toffee Pudding.

Furthermore, Canadian consumers “claim they want indulgence, yet also want good-for-you.” For that demographic, Chapman’s Sweet Canadian Options feature lower-fat yogurt or sorbet on a stick, some half-dipped in milk or dark chocolate, and some available in 55-mL size, smaller than the industry average. This line, too, has been well received, she adds.