I recently attended a B.C. Food Protection Association event on the subject of assessing food safety risks across the entire food supply chain. One of the speakers was Manon Racicot from the Canadian Food Inspection Agency (CFIA) who spoke about a project launched by the CFIA back in 2013 to develop a model for CFIA inspectors to prioritize and schedule their inspections. Racicot has been and still is, one of the senior contributors to the project. Many food-safety veterans in attendance that evening, myself included, were totally unaware that the CFIA had commissioned this project and that it has been field testing the model for some time. Here are some highlights about the CFIA’s Establishment-based Risk Assessment model (ERA) that may be of interest to readers.

The rationale for the ERA

The Safe Food for Canadians Act and Regulations have added thousands of additional establishments that need to be inspected by the CFIA. Given its limited financial and inspection resources, the CFIA developed the ERA-Food model in an attempt to quantify the risk within various food sectors to help it allocate inspection staff to sectors of higher risk and those establishments therein.

After extensive literature research and studying what other countries like France, Belgium, the Netherlands, Australia and New Zealand are using to assess food-safety risk, the CFIA (in collaboration with academia, PHAC and HC with a scientific chief from the Université de Montréal, Dr. Sylvain Quessy) decided to use the concept of disability-adjusted life years (DALYs) as a measure or unit of food-safety risk. A DALY “is a measure of overall disease burden, expressed as the cumulative number of years lost due to ill-health, disability or early death” and is the total of “Years Lived with Disability and Years of Life Lost.”

The developers then took Canadian food illness data associated with 18 pathogens, converted the data into DALYs and then attributed the burden to 14 food sectors including beef, pork, poultry, game, deli and other meats, lamb and goat, dairy, fish, produce, eggs, honey, beverages, bread and all other foods. The analysis showed that products from fruits-and-vegetables, poultry and beef sectors contributed the highest food-safety risk to consumers.

The next task that faced developers was to assess the food safety risk of the various activities that occur within establishments. The model includes “inherent risk factors,” “mitigation factors” and “compliance factors.”

The results from the above analysis were then used to develop a risk-based inspection frequency model that could be used by the CFIA to allocate inspection resources. There was extensive consultation with different commodity sectors for the pilot projects and national data collection for the model.

Pilot and performance assessments have been completed for dairy, meat/poultry, maple, fish, honey and egg sectors with fruit-and-vegetables to start in June 2019. Following national data collection in different sectors, the ERA results are now being used to prioritize inspection in the dairy and maple sectors. Other sectors will follow shortly.

As conceived, the CFIA ERA is a good tool but it appears to be more applicable to larger versus small-medium enterprises. The inclusion of third-party audits and GFSI certification as mitigating factors is at odds with the USFDA, as these programs have not reduced food recalls in the U.S. However, the CFIA considers these mitigation factors as one of the indicators for assessing management commitment towards food safety. 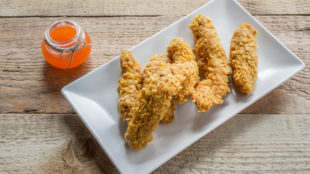 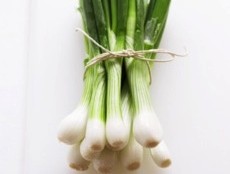