Swarms of edible insects are heading to Canadian grocery shelves 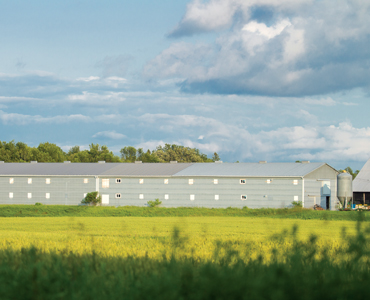 There are many reasons that over seven billion people on the same rock can be challenging. One problem is how to feed everybody while at the same time trying to sustain the environment.

Most of us are omnivores and eat everything including plants, mammals and fish, but we have ignored one of the largest food sources available — insects. The “ick” factor aside, the process of entomophagy (people eating insects) has been going on as long as humans have been alive. In fact, we can almost guarantee that our early ancestors dined regularly on creepy crawlies. Even in recorded history, Romans and Greeks ate beetle larvae and locusts, and Aristotle wrote about harvesting cicadas to eat as well.

In 2014, the Food and Agriculture Organization of the United Nations held the first “Insects To Feed The World Conference” in order to promote the global consumption of bugs. Since that time insect farming has increased, and a host of new products made from these tiny protein soldiers has reached store shelves.

Ontario-based Entomo Farms is one of the largest insect producers in the Western Hemisphere. Some of its many products 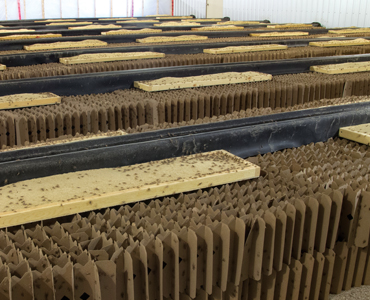 include four kinds of protein powder made from crickets and mealworms, as well as bags of roasted ones for snacking. “There’s just not enough arid land to grow the grains to feed the cow,” says Dr. Jarrod Goldin, president of Entomo Farms, talking about the impact of meat production. “It’s just so environmentally devastating.”

Goldin adds that it’s not just humans who are beginning to enjoy the oldest new food on the planet, the pet food sector for insects is hopping as well. “One of the most successful companies is in Quebec, called Hexa Foods. They just got a sizeable investment and their brand is stunning.”

Indeed, Hexa Foods was just given a $315,000 boost by Angus Quebec. The company is using the investment to launch its new Wilder & Harrier brands of pet food, made from crickets. Like Entomo, Hexa prides itself on having a supremely positive effect on the environment. In a press release on its recent investment, Hexa pointed out that “replacing an 80-g bag of dog treats made with beef, with a bag of their ‘BugBites’ brand dog treats, saves over 100 L of water.”

Entomo Farms has also been approached by large pet food manufacturers regarding insect protein in their products, so clearly there is room for growth. “Probably the largest pet food manufacturer in the U.S. has come up to our farm twice, and is almost finished on a brand that they will be launching as a dog treat and kibble.” Goldin says that in the edible insect realm, mostly crickets and mealworms are being used for consumption, but that will certainly expand. “There’s thousands that are edible. We also farm hornworms, superworms and waxworms.” Because crickets are seemingly the most popular for human consumption, they’ve affectionately been called the “gateway bug.”

Another sector that is getting popular for insect breeding is feed for livestock, and they eat an entirely different bug than us humans. “On the livestock feed side, the black soldier fly larvae is attractive for certain species,” says Goldin.

Insect farming is becoming so popular that The North American Edible Insect Coalition (NAEIC) was just founded, with Goldin nominated to be the organization’s co-director, Food, and Amanda Bushell as co-director, Feed. “While our official mission statement is still being refined, I believe the NAEIC will be a driving force in creating an insects as food and feed industry that is safe, responsible and transparent,” says Robert Allen, Food Outreach Administrator for the newly formed organization. Allen went on to add his predictions for the growing industry. “As more people realize the economic and nutritional benefits of insects as a food and feed, increased investments in infrastructure, research and development will spur continued growth and interest from both established industry giants and the burgeoning entrepreneurial sector.”

So now that we know that people are making insects into everyday food, what major chains are willing to stock them? Well, for one, Canada’s largest supermarket retailer.

On Dec. 2, 2016, Loblaw Companies sent out a press release announcing food trends it was considering for 2017. In it, the company stated that “Canadians will be bugging out as they increase consumption of alternative proteins such as insects and plant-based proteins.” According to Jennifer Lambert, senior manager of Sustainability at Loblaw, first and foremost, “Canadians are more interested than ever about where their food comes from and the effect food has on the world around us.” Lambert adds that Canadian consumers are “choosing a wider range of alternative proteins, such as pulses or even insects!” But will we see roasted crickets in the snacking isle? “There are many countries in the world where eating insects is quite common,” says Lambert. “Although the immediate future of insect consumption in Canada is likely focused on using them as feed for livestock, we are seeing consumer products, such as cricket flour, becoming more mainstream.”

The Smithsonian Institute predicts that for every human on the planet there are 200 million insects. That means, even though it may take a little while for people in the Western world to get used to ingesting bugs, when they finally do, there will be plenty for everyone to eat.