Precisely what qualifies as true blockchain technology in our industry still needs to be worked out. 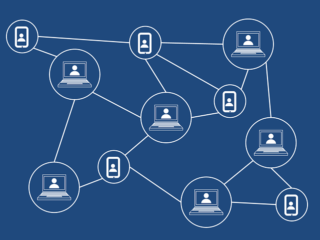 This article is a follow up to an article I wrote on blockchain technology for this magazine in January-February 2018 (page 14). If you have the time, please check out that article for more information on this technology. A few reviews on blockchain came my way in the past couple of months and motivated me to look into how much progress blockchain has made toward finding applications in our industry.

By now, every medium and large business has been approached by a software company hyping blockchain to solve a multiplicity of problems ranging from accelerating payment for goods and services to streamlining the supply chain, reducing waste and improving food traceability. Let’s take a peek at what progress blockchain technology has made on some of these claims in the past year or so.

To understand how blockchain can improve traceability, one needs to understand what makes up a blockchain. It can be either an unstructured or structured network of computers linked together in either an open network for anyone on the internet to see or linked together in private network access to only invited or approved users. Users can be identified either anonymously or openly and each has a “key” or password to access their account. In an open arrangement, communications or transactions can occur between two individuals and/or firms in the network without going through a central server in the format that is called “an open ledger” or “distributed ledger.” Every ledger entry is time-stamped and encrypted, making it somewhat secure.

In a supply chain scenario, the producer, the manufacturer, shipper, customer and customs authorities could all use the same ledger to track a product being shipped. This is the kind of platform IBM developed for Maersk, the well-known shipping company. This rather unobtrusive application of blockchain to improve traceability will be well received by most companies.

Blockchain has the potential to make the entire history of a product traceable by anyone with a computer in just seconds compared to the hours, days and, sometimes, weeks it takes the CFIA to do the same today. However, when and if it comes to having to disclose every detail of the entire life-cycle of a product, I believe food processors will be far less open and unwilling to use blockchain technology, given the risk of losing their hard-earned and jealously guarded proprietary information.

Hundreds of startups around the world are applying blockchain technology to their products and services and these innovations will slowly make their way into our industry. Tech giants such as IBM, Oracle and Microsoft are working with large food companies such as Dole, Kroeger, McCormick and Company, Nestle, Tyson Foods and Unilever towards applying blockchain for product tracking.

In June 2018, Walmart announced that it plans to be fully blockchain compliant by 2022. In September 2018, the company mandated that its leafy green suppliers would have to adopt blockchain for traceability within a year.