When it comes to food labelling, there’s always political drama 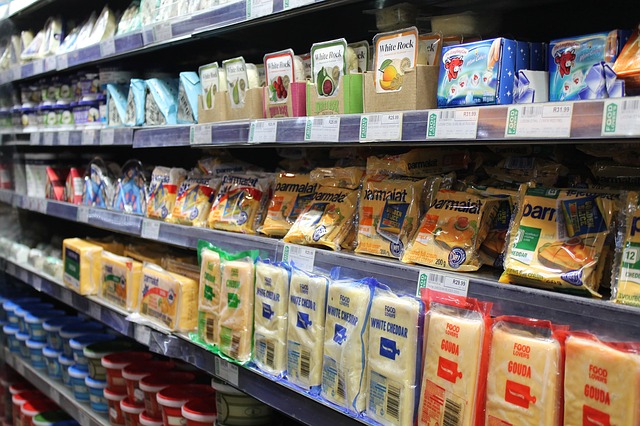 There has been a strong movement in the U.S. over the past decade supporting GMO labelling of food. Canada has had its small share of attempts as well. The last was several years ago when a private member’s bill was introduced in Canada’s parliament. That, like many private member bills, has faded from the spotlight. But late last year, the U.S. passed the National Bioengineered Food Disclosure Law that is to be implemented by January 1, 2022. It directs the USDA to establish a national mandatory standard for disclosing on a label of a consumer food that it is a bio­engineered (BE) food or contains a BE food ingredient(s).

As the saying goes, if you like sausages don’t watch how they are made. The same is typically true for rulemaking. However, there is something oddly fascinating with how the U.S. got to where it is now. The drama is centred on the politics of federal versus state authorities. U.S. federal rulemaking authorities have the doctrine of “federal pre-emption,” which is rooted in American constitutional law. In view of the authorities governing foods in the U.S., the FDA oversees most foods that are not meats, poultry, egg or other products subject to USDA’s commodity-specific laws. Food Labelling under both the FDA and USDA is supported by federal pre-emption. This in practice precludes states and local authorities in passing laws that would conflict with federal law. Pre-emption does not prohibit states or local authorities from passing laws that are equivalent to or that are not covered by federal law. This is the cornerstone of the raison d’être of the National Bioengineered Food Disclosure Law.

In the U.S., however, states like California actively sought to introduce GMO labelling when they introduced Proposition 35 in 2012. That did not pass. Then came Vermont’s Act 120, which was signed into law in 2014. That law would have seen most foods in the state of Vermont labelled with a disclosure concerning the presence of genetically modified ingredients. It was to have come into effect on July 1, 2016. Several other states were also “eyeing” their own rules, pending the Vermont experience. At that time, no similar federal rules existed and thus pre-emption was not a factor. Then, with lots of drama, Congress managed to pass The National Bioengineered Food Disclosure Law in 2016, and “bada-bing,” federal pre-emption kicks in. The Vermont law was then neutered.

Disclosing whether a food is BE or contains BE food ingredients is dependent on whether the law captures the food and whether an exemption is applicable. AMS has made it clear that they would only investigate non-compliance on a complaint basis. Furthermore, AMS will not remove products from sale that are not in compliance. They will not assign civil penalties or engage in remedial or punitive measures. So, what will they do? They will maintain a “naughty list” based on their investigations. States would be able to engage in further action, as to is the possibility of civil action. The purpose of the legislation is clearly in place for “pre-emption.” It purposefully has low motivation for compliance enforcement. Staring into the mouth of this new law is an obvious lack of teeth.

The new National Bioengineered Food Disclosure Standard is predicated on the definition of a bioengineered food that “contains genetic material that has been modified through in vitro recombinant deoxyribonucleic acid (rDNA) techniques and for which the modification could not otherwise be obtained through conventional breeding or found in nature.” No rDNA, no disclosure. Highly refined soybean oil with no genetic material is not subject to a BE disclosure. There are also several exemptions, like foods where the first ingredient is meat, poultry or egg. Incidental additives as recognized by the FDA are excluded as well. If a food is unfortunate enough after all this to require a disclosure, that can be made in one of four ways. The most obvious is to include a statement near the name and address on the label which states “bioengineered food” or “contains a bioengineered food ingredient” as the case may be. Alternatively, a beautiful natural looking symbol may also be used. The last two options involve technology, such as including a number or a scan code whereby a consumer can text or scan for bioengineered food information. The latter is rather anticlimactic. What would consumers really expect by texting or scanning? As said before, this is not about disclosure. It is about pre-emption. Pre-emption has its merits, as it prevents a patchwork of states creating their one-off rules.