According to the United Nations Food and Agriculture Organization fish consumption has risen by 122 per cent since 1990, with a rise of 527 per cent in global aquaculture production. This statistic is staggering, and many food producers, such as Atlantic Natural Foods, have taken action toward global food sustainability.

Atlantic Natural Foods has been working on a sustainable solution to meat-based food since they were established in 2009.

“We started as the exclusive manufacturer for Loma Linda Foods and Worthington Foods shelf-stable products, with a targeted focus on the Seventh-Day Adventists market,” said Douglas Hines, chair of Atlantic Natural Foods. “In 2015 we acquired the business from Kellogg’s and began the journey to revitalize the Loma Linda vision.”

While Atlantic Natural Foods has factories in Nashville, North Carolina, and Thailand, they have a significant Canadian connection—they outsource their premium grains from the plains of Alberta and Saskatchewan.

As part of their revitalization journey they are continuing the push toward fish substitutes with the continuing development of Tuno, a sustainable alternative to tuna. 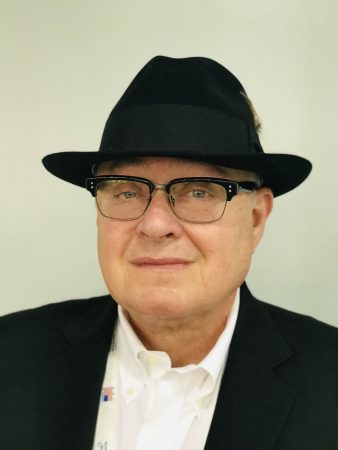 “Tuno was created in the 1980s with the knowledge of the seafood industry and the abuse on high seas resources with illegal fishing and unreported harvest,” said Hines. “We knew an alternative seafood was needed to supplement a diminished protein. Tuno is a transitional product. It is not meant to replace seafood. Our intent is to provide a healthy, tasty protein alternative.”

Tuno is made with a base of soy mixed in with garbanzo beans, flour and mill products, then blended together to create a tuna-like consistency. There are multiple flavours including lemon pepper, Thai sweet chili, and spring water.

The issue of overfishing has always been on the front burner of the Canadian fishing industry, and according to Hines the world can learn a lot from Fisheries and Oceans Canada.

“I have always had tremendous respect for the sustainable practices of Fisheries and Oceans Canada,” said Hines. “Unfortunately these practices do not reflect the rest of the world. In time, wild-caught salmon will face a collapse, but what will be even more impactful is the catastrophic collapse of our oceans.”

In 2018, Canada exported a record $6.9 billion in fish and seafood products, and yet the fishing industry manages to ensure sustainable practices for the future of the industry. The Canadian industry is able to do this by following a five-step model for sustainable management including planning, making science-based decisions, managing environmental impacts, enforcing the rules and monitoring results.

Fisheries and Oceans Canada studies the biology and status of fish stock, the share of the total catch that can be caught by license holders or the fishing fleet, setting goals for the fishery and the management and enforcement approaches to be used and more. They also research the patterns in species migration and abundance, and other environmental factors. In total, Canada spends $130 million annually on monitoring, controlling and enforcing these sustainable factors, which makes it one of the most advanced programs in the world. Unfortunately, other countries are not following suit.

Companies like Atlantic Natural Foods are taking careful consideration of the state of our natural resources and the ecological impact fishing has on our oceans. According to the World Wildlife Fund, overfishing can change the size of fish, how they reproduce and the speed at which they mature. It also has an impact on the economy. Less fish to catch means there will be less jobs for the millions of people who depend on the fishing industry for their livelihood.

Overfishing also causes something called bycatch. This is the capture of unwanted sea life while fishing for a different species, which leads to the needless loss of billions of fish and other sea life.

“Regardless of how you feel about eating meat, large-scale production is measurably worse for the environment on all counts than plant-based food production,” said Hines. “We target regions where farmers ensure that cultivation, nutrition and harvest protocols are in place to reduce our overall impact on the environment. This includes no-till farming practices, which are the basis of regenerative agriculture.”

Regenerative agriculture is a type of farming that focuses on enhancing the quality of soil base by using natural methods like short rotation grazing, no-till farming and cover cropping. These methods help increase the amount of biomass in the soil and builds up the health of the soil. This practice encourages reduced herbicide runoff, minimizes soil erosion and traps carbon. The food industry refers to this type of farming as the “new ocean.”

“We have a geographical advantage by working with farmers from the Northern plains of America and the prairies of Alberta and Saskatchewan,” said Hines. “The Northern latitudes and photo-optic nature of the soils in these regions allow our farming partners to grow their plant-based proteins more naturally, using less herbicides and pesticides. This is where the new ocean is going to come from.”

These plant-based proteins will provide an eco-friendly alternative to the issues that come along with overfishing. But Hines wants to make it clear that Atlantic Natural Foods doesn’t want to kill the fishing industry; they just want to relieve the pressure on the ecosystem.

Atlantic Natural Foods want to raise awareness about these issues and want to encourage consumers to incorporate plant-based eating into their everyday diets. They want to create a culture around plant-based food that includes their customers enjoying products that are delicious and produced with environmentally sensitive methods.

“We need more people to eat more plants and less animals,” said Hines. “Or else we won’t have enough good to feed all of the hungry bellies in the world.”

For now, Atlantic Natural Foods products can be found in 27,000 stores across North America, South America, South Africa, United Kingdom and Australia. Hines is hopeful about their impact stating: “Approximately 70 per cent of the world comes from the water, and only governments and people who are dedicated to the cause can make a difference. Plant-based foods are here to stay.”

Related
Above Food partners with Atlantic Natural Foods
Sustainable fishing is critical now more than ever, studies say
Canada’s exports of fish and seafood on the rise