Are you halal ready? 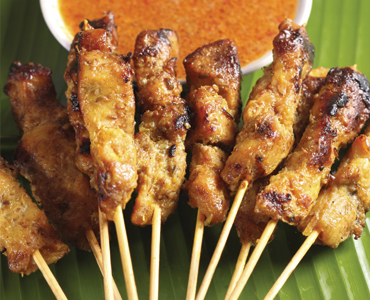 For today’s time strapped consumer, grocery shopping is one necessity that cannot be compromised. The food purchased fuels our bodies and nourishes our families. However, for many it can be a frustrating experience when, despite being armed with a grocery list, you can’t find what you’re looking for at the store. For the halal consumer it can be even more trying when looking for halal-certified food products.

The Canadian halal food market is estimated to be worth $1 billion. It’s a market that is growing in importance, as Canada’s Muslim population is increasing at roughly 13 per cent annually. According to a report from Thompson Reuters, the global halal food industry is estimated at $1 trillion, and it’s estimated that in the future it could account for 20 per cent of the world’s food trade, providing increased opportunity for Canadian exporters.

However, an online survey conducted by the International Food Marketing Alliance found that the majority of halal grocery shoppers believe that food companies are doing a poor job of meeting their needs for halal products.

“The Canadian food industry has yet to truly discover the opportunities and potential that lie in catering to the halal-conscious consumer,” says Imam Omar Subedar, COO of the Halal Monitoring Authority. “With 183 per cent expected growth of this consumer base by 2030, those who take the lead in tapping into the ever-growing market of halal will become the leaders of the food industry at large.”

Among the 800 halal consumers/primary grocery shoppers surveyed, it was found that food plays an important part in their lifestyle. The halal consumer is more inclined to plan their shopping, cook at home, have more sit down meals, and put more effort into entertaining and preparing for family celebrations than the general population.

Not surprisingly, halal grocery shoppers are more concerned about what is in their food as well as its source. They tend to be less price sensitive and according to another study, Muslim consumers in North America spend, on average, almost twice as much per month on meat-related purchases than any other demographic in Canada. Word of mouth and personal recommendations play a bigger role with the halal grocery shopper and interestingly, they trust branded products more than the general population.

“Food processors, manufacturers and retailers need to adapt or they’ll miss out,” says Jo-Ann McArthur, North American founder of International Food Marketing Alliance. “Given our population growth, Canada is poised to respond to this increased consumer demand and make a significant profit along the way.”

When it comes to health and nutrition, halal grocery shoppers share the same views as the general population, and while they really want to eat foods that are better for them, they think there is too much attention today on eating only healthy foods.

Of the survey respondents, just 39 per cent believed that the major grocery chains were doing a good job in meeting their needs for halal products. Notes Chris Fisher, vice-president, Multicultural Merchandising, Loblaw Companies Ltd.: “As Canada’s largest retailer, Loblaw Companies recognizes the importance of growing our multicultural food offering, and continues to work to expand the availability of authentic halal products in a number of categories in our stores.”

When it comes to labelling, most food categories are not considered halal by default, and therefore need to declare it on the label. However, the majority of halal grocery shoppers do not need packaging that has an “Islamic” look in order to be considered authentic halal. “From meat, dairy, baked goods and nutritional supplements to pharmaceuticals, personal care and cosmetics, the halal label can be found on products and menus across Canada, including Holy Crap Cereal and Paramount Fine Foods,” says Salima Jivraj, founder and editor of Halalfoodie.ca.

Last year, the Government of Canada amended the Food and Drug Regulations to ensure that any specific reference to a halal claim on a food packaging is accompanied by the name of the certifying body. “This assurance is a step in the right direction,” says Jivraj. “An investment in halal value-add products not only instils consumer confidence, but also presents unique crossover opportunities for mainstream consumers,” says McArthur. “Consumers are looking for natural, healthy and nutritious food. Halal products ensure that the animals have lived a natural life, in natural conditions, and have consumed a natural diet. These exacting standards of quality are similar to the demands for green and ethical production of organic food – which has now become mainstream.”

For halal-conscious consumers increased options at the grocery store can mean less time shopping and more time enjoying home prepared meals with their families and friends.

For a full copy of the International Food Marketing Alliance report contact Jo-Ann McArthur at (416) 949-3817 or Salima Jivraj at (647) 300-5679. Danielle D’Agostino is a freelance writer and communications consultant and can be reached at danielle.v.dagostino@gmail.com

The halal consumer by the numbers

Canada’s Muslim community is expected to triple by 2031, consequently consumer demand for halal food products is also expected to increase.

Halal is an Arabic word meaning “permissible” and therefore, in terms of halal food it means food that is permissible according to Islamic law.

For meat and other food items to be considered halal there are stipulations and conditions that render it halal or haram – an Arabic term meaning non-permissible or unlawful in Islam.

Muslims are taught through their sacred texts that all animals should be treated with respect and be well cared for. According to Islamic halal requirements there are certain rules that must be adhered to: Allah’s/God’s name must be said during the slaughter process; the slaughter must be conducted by a believer in the sacred texts; and they must ensure the minimum amount of vessels are severed and the animal is drained of its flowing blood before its carcass is further processed.

Haram is another Arabic term which means impermissible or unlawful in Islam. Some factors that deem a certain product haram are: meat from pigs including all its by-products; meat of an animal that was not blessed with the name of Allah at the time of slaughter; all types of alcohol and intoxicating drugs; blood.