Food producers look to the past as they add the benefits of ancient grains to more baked goods, snacks and sides 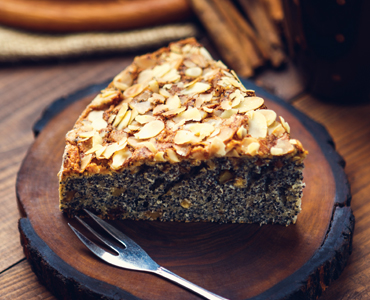 It’s not news that more and more consumers are looking for GMO-free and gluten-free products, and these are important factors in why ancient grains are becoming so popular in baked goods, side dishes and more. But both consumers and food companies have noticed they have other important attributes as well. High in fibre, protein and micronutrients, Packaged Facts notes that the ability of ancient grains “to add visual, flavour and textural appeal, must also not be overlooked.”

Ancient grains are loosely defined as grains, pseudo-grains and seeds that have remained unchanged over hundreds or thousands of years. Chia and quinoa

are most popular in new product launches, followed by spelt, sorghum and amaranth, freekah, teff, millet and a few others. With their long history of genetic stability, Baking Association of Canada president Paul Hetherington describes ancient grains as “the most natural you can get.” He believes they are “an opportunity for the industry to present something new, to broaden their product offerings. I think we’ll continue to see strength in ancient grain interest. There’s no pullback expected in consumer desire for healthier products. Everything is driven by that now.”

Information from the research firm Datamonitor indicates ancient grain food product launches almost tripled in the United States from 2008 to 2014. But who are the main purchasers of these products? Results from a 2015 Packaged Facts survey show that millennials in particular have a strong interest in ancient grains, with over half of survey participants between 18 and 39 stating they had purchased ancient grains over the previous 30 days in restaurants, or in prepared or bulk forms.

PepsiCo Foods Canada considers ancient and whole grains to be “great nutritious alternatives that do not compromise taste.” For some time now, the company has offered its Quaker Harvest Granola Bars with ancient grains in four varieties (Quinoa Chocolate Nut Medley; Quinoa Yogurt, Fruit & Nut; Ancient Grains Cinnamon Apple Almond; and Ancient Grains Honey Cranberry Almond) and this February it will release Quaker Chewy Super Grains Granola Bars. Two varieties will be available, Oats & Honey and Oats & Chocolate, both containing quinoa and sorghum. “We really listened to our consumers, specifically our Canadian moms, when developing this product,” says Kathryn Matheson, vice-president of Research and Development and Innovation, “and we believe it will really resonate with them and their families.”

Biscuits LeClerc of Saint-Augustin-de-Desmaures, Que. has several products in the development pipeline that will contain ancient and alternative grains, including quinoa, amaranth, millet, buckwheat and also sprouted grains. However, the company’s Go Pure Ancient Grains wellness bars are being discontinued for now, says media manager Marie-Josée Massicotte, as the bars are being transitioned to organic (and either organic ancient grains are perhaps too hard to source or are too expensive at this time).

Dare Foods has expanded its famous Breton crackers lineup with an Artisanal ancient grains version containing spelt and amaranth. The crackers come in Cranberry and Ancient Grains and Sweet Potato and Ancient Grains. At the same time, Unilever is looking to work with home cooks who want to try out ancient grains. “Knorr chefs have developed dozens of recipes focused on transforming traditional sides into quick and delicious main courses with just a handful of fresh ingredients,” says Suzanne Barr, Unilever’s principal savoury chef. “New ancient grains are an easy way to impress guests and family. Whether it’s quinoa, farro, freekeh or forbidden black rice, stocks, broths and bouillons are the perfect ways to season these grains and add layers of flavour to an otherwise simple dish.” Knorr Alfredo Pasta Sauce Mix, for example, is used in a Unilever recipe called Mini Quinoa Crab Cakes.

Daybreak Farm in Estevan, Sask. has been farming and milling organic grains such as spelt, einkorn wheat and kamut for decades. It provides large and small amounts of ancient grains to a range of customers and demand is strong.

Meanwhile in Ontario, Katan Kitchens is continuing to move forward with its quest to provide the highest-quality quinoa in the marketplace, produced and processed in the province and branded under the name Quinta Quinoa. The company has developed a small-scale processing facility, and is in the final stages of securing funding to construct a commercial-scale, state-of-the-art facility for processing quinoa and perhaps other gluten-free cereal crops. Jamie Draves, Katan Kitchens president and CEO, says their “identity preservation” system will allow for traceability of very high-quality product from seed production through harvest, storage, cleaning, packaging and distribution to the end market. He believes processing the quinoa and other crops locally will provide an advantage over competitors, especially international ones who must ship over long distances and which he says are known for issues in delivering consistent quality. Quinta Quinoa will be available in 2016 through online sales and special orders, and Katan is still looking for 2016 growers.