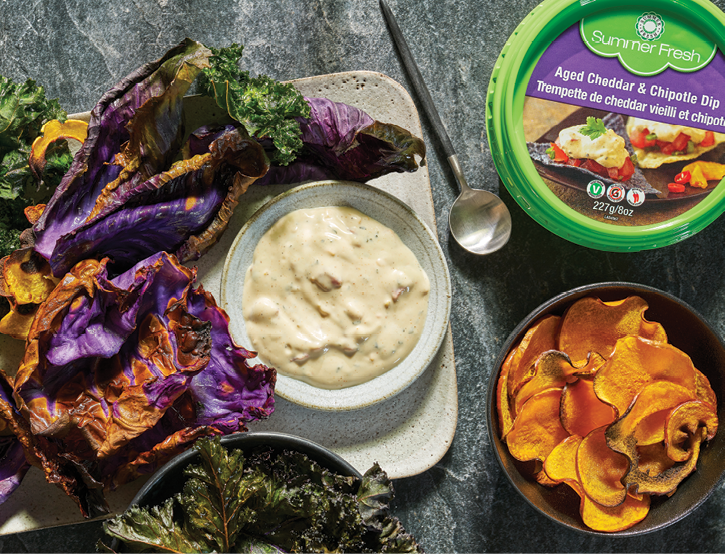 Susan Niczowski is rightly proud of the phenomenal success of Summer Fresh Salads, the company she started from scratch in her mom’s kitchen in north-end Toronto in 1991. Thirty years later, the company generates more than $100 million from the sale of 80-plus products across Canada and the United States. It is also the leading brand for prepared salads and dips in English Canada. 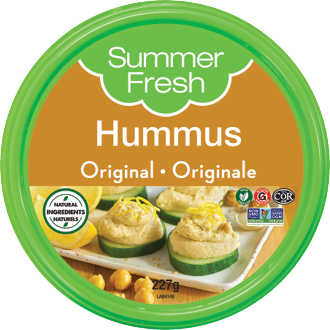 But Niczowski is not above learning lessons from the food flops and corporate fouls she has occasionally endured over the course of her ongoing corporate journey. Take the jiggly gelatin mould dessert she created 25 years ago, when her fledgling but fast-growing food company was expanding its product lines and spreading its wings into markets beyond the GTA. “It was listed nationally by retailers,” Niczowski recalled in a recent phone interview with Food in Canada. “But when it went on the shelves it didn’t sell. No consumer understood it. We were ahead of the market.”

She hit a much bigger pothole a few years later when a major retailer called her in for a meeting to inform her they were delisting a private label product she was making for them.

“It was for no apparent reason, not because sales were down or lack of quality,” said Niczowski, who at that moment was in the midst of building a new state-of-the-art manufacturing facility in Woodbridge, a short drive from her mom’s kitchen.

“That delisting was going to mean a difference of $10 million for my bottom line. For the first time in my life I was fuzzy, I had to catch my breath.” 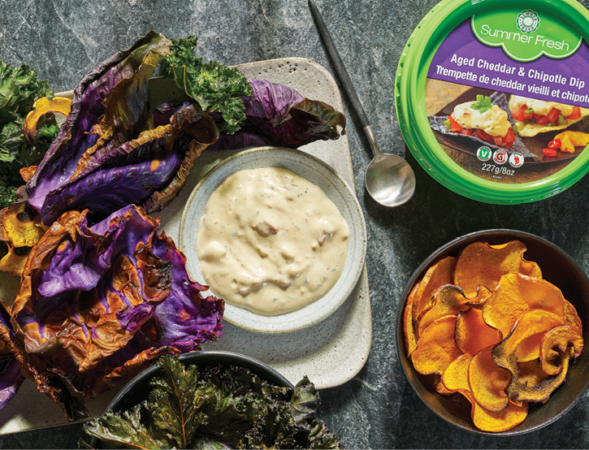 Though she later got that contract back — adding to the many wonderful successes she has enjoyed with her business and trend-setting products — Niczowski credits adversity for making her and her company stronger and more resilient against an existential challenge like the ongoing COVID-19 pandemic.

“It’s been a hell of a year,” she said. “Our foodservice and bulk business basically died (and) retail has been up and down. That affects production because we’re fresh (so) we’re forecasting and have to be in tune. But we’re fortunate we have a great analytical team (and) partners.”

One saving grace during the pandemic, she added, has been the performance of the array of fresh 227-, 300- and 800-gram ready-to-eat meals and snacking products that Summer Fresh Salads has developed in recent years.

“It was fortunate we had pre-packaged items,” said Niczowski. Diversity, she added, has always been a hallmark of her company. “When I started, I made sure all my eggs weren’t in the same basket.”

Niczowski comes by her entrepreneurial spirit and business acumen honestly. Born in 1966, she was raised in a tightly-knit family in Toronto’s Downsview neighbourhood, which is part of North York.

Her parents came to Canada as immigrants from Macedonia via Poland, where they met after fleeing their homeland as children during the Greek Civil War in the late 1940s. 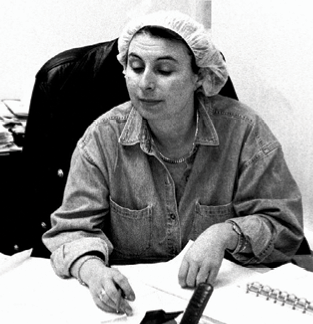 Though her father Chris was an engineer and her mother Francis was a housewife, Niczowski says food was always a central feature of her family’s life.

“You know Europeans, they’re always eating something,” quipped Niczowski, who remembers barbecuing green tomatoes at the age of four. “And my grandparents and an uncle owned restaurants. Coffee table talk was always about the food business. I learned that pennies can make a big difference. I learned about food costing that way.”

After graduating from the University of Toronto in 1988 with a degree in chemistry and mathematics, Niczowski landed a job as a microbiologist at the Shopsy’s Foods sliced meats plant on Bartor Road in North York.

In addition to making wieners and cold cuts for the company’s famous chain of delicatessen restaurants in the GTA, the now-shuttered plant, which was later bought by Maple Leaf Foods and earned infamy as the source of the 2008 listeriosis outbreak that killed 22 Canadians, also made preservative-packed salads like potato salad and coleslaw.

In addition to learning first-hand about industrial-scale food processing and having “great mentors I still keep up with,” Niczowski says the three years she worked for Shopsy’s fueled her desire to make and sell garden-fresh salads and gave her the tools she needed to develop a novel and still-secret technology to preserve the freshness and quality of vegetables in deli foods.

“I’ve always loved eating fresh foods, particularly salads,” she said. “But back then you couldn’t get anything decent in a store (and) choices were extremely limited. I wanted to change that. I knew as a 20-year-old that I wanted to create good-tasting foods.”

In February 1991 Niczowski quit her job and, with her mom’s help, started making prepared pasta, potato and vegetable salads in her family’s kitchen. Just days later, she made her first sale. “I was so excited to receive my first order, which was from Cara foods (now Recipe Unlimited),” said Niczowski. By March, business was so good she moved her fledgling operation into a federally-inspected facility in nearby Woodbridge. 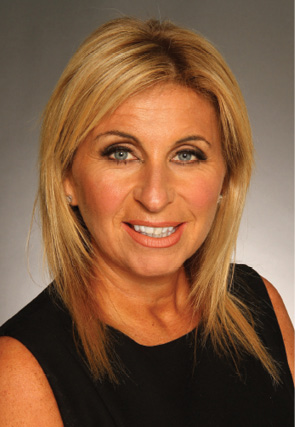 It was there she perfected and/or developed 18 recipes — some of them old family ones, others newly-concocted — for European-style salads like hummus, baba ghanouj and tzatziki that would become both the backbone and trademark of Summer Fresh Salads.

Together, mother and daughter would go into the 3,000-square-foot facility most mornings at 7 a.m. “I’d weigh up the spices and the dressings, mom did all the prep work and the cooking,” said Niczowski.

At 10 a.m. she’d be on the road in her 1982 Honda Accord, making deliveries to her fast-growing list of delis, caterers, restaurants and independent food stores in the GTA.

By mid-afternoon Niczowski was back in the shop where she chopped, made and created product late into the night. She says she kept up that routine “seven days a week for many, many years.”

Niczowski credits the all-natural freshness and visual appeal of her salads for helping to convince customers to outsource her prepared foods.

“That was a new thing in the ’90s,” she said. “Most people were doing small batches (of salads) in their back stores. We offered them great products that looked and tasted fantastic without the labour component.”

Still, Niczowski had to spend much of her time trying to educate and convince customers to buy hummus salads and eggplant dips that, for many, were new and exotic refrigerated products.

“It wasn’t like today,” she said. “I had to beg our buyers to take them. We did lots of tasting to get our products into people’s mouths.”

In 1996, Niczowski moved the company into a new custom-made, 18,000-square-foot building in Woodbridge her dad helped to design, complete with herb room, kitchen and research lab.

Things soon got tight there too as plant-based protein foods gained in popularity among vegans, young adults and some ethnic groups, especially in large urban areas, and Summer Fresh Garden products were picked up by major grocery chains across Canada and the United States.

“We always made sure we were bursting at the seams before we expanded,” said Niczowski, who was by then using third-party carriers for continent-wide distribution.

In 2008 Niczowski added two neighbouring 80,000-square-foot buildings to her business, creating a complex where between 400 and 500 employees market, manage, process, manufacture and package dozens of kinds and sizes of hummus, topped hummus, dips, snacks, salads and dressings on 18 production lines that she says are “as automated as you can get.”

The lines, she added, “work around the clock, depending on the season. Summer is busy because of barbecues and entertaining — though not last year. It’s the same with Christmas and Thanksgiving.”

In regards to procurement, Niczowski says she has always tried to buy food and ingredients from local growers and manufacturers.

“Initially we’d go to local stores and the Lawrence Market, where I had a cart and a loyal crowd at 7 a.m.,” she said. “But when you buy a few kilograms, it’s one thing. When it’s a million kilograms, it’s different.

“We still buy eggplant and peppers from Ontario (and) we meet with farmers from the Holland Marsh and in the London area,” she added. “And we get our chick peas from Saskatchewan.”

Despite her success, Niczowski says she continues to tinker with recipes and develop new products like UP&OAT, a ready-to-eat, dairy-free cereal in a bowl that came about after Niczowski saw her 17-year-old daughter eat a cooked rolled oats snack for breakfast one morning.

Niczowski also continues to rely on advice and guidance from trusted advisers and team members, including her sister Mary, the company’s vice-president of operations, on everything from financial and corporate guidance to recipe and product development. “One of my strengths is listening,” she said.

Going forward, Niczowski says she plans to continue to innovate and create new healthy, plant-based foods. “We’re constantly innovating and creating. Our plan is to keep the momentum going.”