Over the past year, the value of the Canadian dollar has dropped — causing undue financial impact on many food processing and manufacturing companies which hadn’t properly hedged for this type of decline, or which didn’t have other strategies in place to mitigate currency risk. Companies that import products and raw materials or services from the United States or that pay their supply chain partners in U.S. dollars have been hit the hardest — seeing sharp increases in input prices and sharp declines in margins.

In January, the Canadian dollar went below US$0.69 — a low last seen more than a decade ago. While the dollar has bounced back 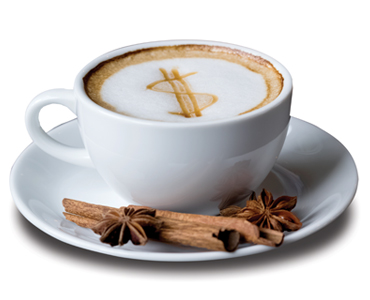 slightly, such fluctuations can cause more harm than a dollar on a steady decline curve. This is because many companies don’t have the appropriate lead time to plan and react to rapid changes in currency and to clearly understand the impact these changes will have on costs and financial reporting.

The extent of the impact a declining dollar can have may come as a surprise to some companies, particularly small and medium-size businesses which many not have properly planned or forecasted for these events. Very few of these companies likely have a hedging strategy — either a currency hedge or a commodity hedge against the moving price of inputs such as aluminum or corn.

While it’s difficult to forecast where the dollar will ultimately end up, food processors and manufacturers should continue to find ways to manage costs while they still have room to manoeuvre. As long as the Canadian dollar is well below the U.S. dollar, companies should consider four key strategies.

Where possible, consider shifting procurement spend towards domestic suppliers. For example, if you’re sourcing corrugated cardboard from New York State, look for equivalent quality products from Canadian suppliers. As an alternative, you can also ask to renegotiate contracts with U.S.-based suppliers. Companies selling products in U.S. dollars may be willing to renegotiate pricing as a result of the falling Canadian currency. If they are unwilling to do this, ask for additional value-add as part of the increase in margin that they are pocketing. However, be wary that if they do drop their prices they could correspondingly look for price increases when the dollar appreciates. Should the Canadian dollar remain low for an extended period of time, leading companies will re-evaluate their outsourcing and shared services models. They’ll also further their manufacturing and distribution footprints to take advantage of what might be a longer term currency correction.

For some companies, it may be possible to pass along the rise in input costs to customers/retailers or end consumers. This tactic could have negative consequences, though, so you should evaluate it fully prior to making any drastic changes to pricing models. Retailers may look for price reductions when the dollar heads in the opposite direction or when commodity or input costs decrease.

If you deal significantly in U.S. dollars, consider a hedging strategy to manage future currency risks. Some forward-thinking companies have been able to delay price increases well into 2016 as a result of hedging strategies put into place prior to the dollar’s depreciation. A proper hedging program is a practice that most companies should be employing.

Focus on finding ways to reduce your operating costs to help offset losses related to the dollar. This can be done by applying LEAN principles or taking some lessons from private equity approaches to cost reduction. By reviewing your operations, you may be able to find ways to enhance your productivity and help shore up your margins. Any changes you make would last even after the Canadian dollar regains value.

There are wide variances between where analysts believe the ultimate value of the Canadian dollar is heading this year, but waiting out the storm could be devastating for food processors and manufacturers. By taking action now, companies can stem the tide of loss and potentially make improvements that will be beneficial in the long term.

Lino Casalino is a partner and National Consumer Packaged Goods Industry Leader for PwC Canada. He is based in Toronto. Contact him at [email protected]

This article appeared in the print issue:April 2016 edition, Ask the Expert section

Canadian food prices to rise in 2016