A meaty look into mushrooms and mycelia 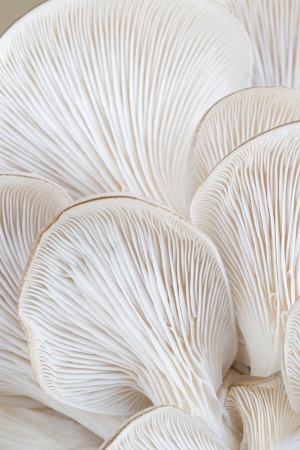 We might be entering what can be called a fungi, mushroom, and mycelium revolution as this wondrous family of natural foods gain a critical mass of awareness, generated through major promotion, such as with the Netflix documentary, Fabulous Fungi.

Mushrooms in particular, the fruiting part of the larger fungi living organism, continue to have positive sales. The global mushroom market is estimated to reach USD116 billion in sales by the end of the decade with a 10 per cent annual growth rate. Mushrooms Canada adds that there are over 100 mushroom farms across the country, producing approximately 300 million lb annually. Just over half of these farms are in Ontario, with about 40 per cent in B.C., and the rest across the country. Most mushrooms are sold fresh, while some are canned or pickled. There are estimates of over 150,000 types of mushrooms globally, and the most popular varieties in Canada include white button, brown crimini and portobello, with more exotic types such as shitake, oyster, enoki, and morels gaining favour and availability in specialty markets. Shogun Maitake, London, Ont., offer maitake mushrooms, a high-quality premium variety. According to the company, the health benefits of maitake mushroom include lower blood sugar, a boosted immune system, healthy heart, and weight loss.

The additional benefit of mushroom farming in Canada is that the crop can be grown year-round, in controlled environment settings, and lending itself to the diversity of cuisines in multicultural Canada. Ontario-based Mycionics is a leader in providing automation robotics to the Canadian mushroom industry with an advanced technology for monitoring and harvesting the crops. 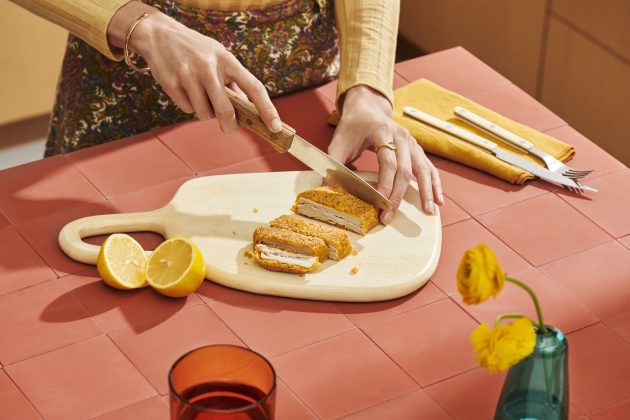 Part of the rising popularity of mushrooms and the related world of mycelium is in meeting a growing consumer and societal demand for healthy and sustainable foods. There are concerns about health problems associated with ultra-processed foods that contain artificial and synthetic chemicals, additives, preservatives and colourings. Mushrooms as food and mycelium as a food innovation application can provide a creative alternative in the world of food processing today. Consumer demand for convenient, nutrient dense, satiating protein remains strong.

At the end of 2021, there was some surprise with lower-than-expected sales of plant-based food offerings from high profile companies like Beyond Meat and Maple Leaf Foods. Consumer demand for taste, value, and understandable ingredients is driving an innovation race in alternative protein formulation and product creation. Mycelium applications might be one of the answers to this challenge. Mycelium could come to be seen as the ingredient in the development of sustainable foods, whether for protein, or as natural ingredient substitute. Investors and celebrities are taking notice and contributing resources, such as actor Robert Downey Jr’s Footprint Coalition Ventures, or actor Natalie Portman’s investment in France-based La Vie, a bacon alternative. 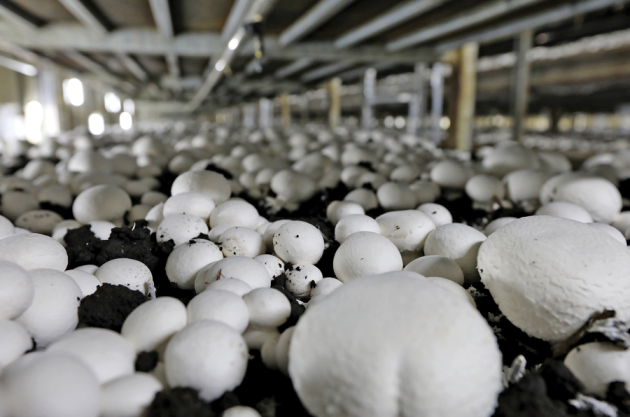 Mycelium is the living infrastructure of fungi underneath the fruiting mushrooms most familiar to people, and not all fungi produce mushrooms. Mycelium science is realizing the vast potential of this material as a pliable food source, and in applications for packaging. Mycelia are now being grown in controlled environments and offer potential for upcycling food/ingredients. Mycologists (scientists working in the field of fungi-mushrooms-mycelia) are at the frontier of fermentation research to bring these innovations to market. Mycelium can provide an important contribution to the development of alternative proteins with taste neutrality; a texture that can be ‘meat-like’ and satiating; and the capacity to be moulded into different shapes for meat analogs. Mycelium also have essential amino acids, fibre, vitamins, and nutrients.

The global mushroom market is estimated to reach USD116 billion in sales by the end of the decade with a 10 per cent annual
growth rate. Photo © Vitals/ Adobe Stock

Another advantage of mycelium is the ability to support the scaling of alternative proteins via fermentation. It is currently more cost effective than new developments and iterations of cell, cultured proteins. There is an innovation race in the mycelium category with unique products and processes that are gathering the attention, and funding, of investors and legacy food corporations. Winning mycelium companies have unique selling propositions, such as fast-growing mycelium strains, processing models,  or ingredients for in-demand food categories like burger patties. Mycelium-focused companies are providing biomass for alternative meats in the form of mycoprotein. These functional ingredients can help, for example, to reduce bitterness, sugar, or fat content in finished products.

Colorado-based mycelium fermentation company MycoTechnology secured over $85 million in advanced series financing earlier this year. With investors coming from a combination of venture capital, food corporations (Tyson Foods and Maple Leaf Foods), and government (Oman Investment Authority), the company intends to use their fermentation application to provide a range of ingredients that help to reduce sugar, is a sustainable protein, and support immune function. One of their products, FermentIQ, is made from pea and rice protein fermented with shitake mushroom mycelium, and is said to improve the nutrition, functionality, and taste of plant-based protein foods.

US-based Meati has garnered attention recently in its partnership with celebrity chef, David Chang. The company brews mycelium in fermentation tanks using a strain that has high nutritional content and rapid growth. Meati’s technology can arrange mycelium fibres to grow and form whole cut meat textures. Since Meati’s product is from mycelium, it avoids some of the allergens associated with soy and wheat-based foods. 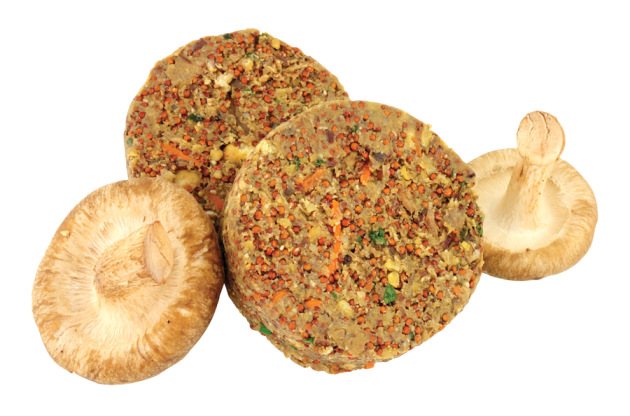 Mycelium can help create a ‘meat-like’ texture for alt-meat products. It also has the capacity to be molded into different shapes. Photo © Philip Kinsey / Adobe Stock

In Sweden, Mycorena is becoming a leader as a fermented ingredients producer for the alternative protein market, led in part with their Promyc product. The company, and its innovation and development centre, is serving as a catalyst for the Nordic region to scale mycelium innovations and IP, while offering production at the first mycoprotein-specific facility of its kind in northern Europe. Additional mycelium-focused companies in the EU include Mushlabs and Keen 4 Greens from Germany, and Bosque Foods and Libre Foods from Spain.

Paul Shapiro, co-owner of California-based Better Meat Co. has added, “Mushrooms are way meatier than plants and that is why in Asian cuisine, mushrooms have been used for centuries as a meat substitute. However, mushrooms are not that high in protein, so [Better Meat Co.] use mycoprotein or mycelium, the root-like structure underneath the mushroom that is high in protein.”

Better Meat Co. is building a fermentation plant to produce thousands of pounds of their IP protected mycoprotein, Rhiza.

In Canada, Ontario-based Whitecrest Mushrooms has partnered with MyForest Foods (previously Atlast Food Co.), an offshoot of mycelium innovator, Ecovative Design. This partnership will help MyForest Foods scale the production of their flagship mycelium-based product, MyBacon. Whitecrest president Murray Good said at that time, “After more than a decade of experience growing and producing the highest quality gourmet mushrooms, we’re excited to leverage our expertise in the new market of alternative proteins.”