Food and beverage trends in 2017 and beyond 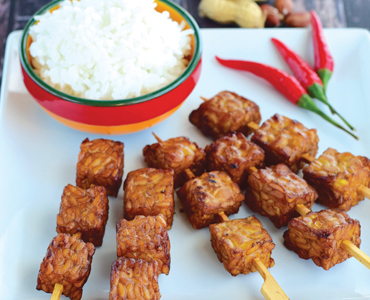 There are so many trends to write about but here’s my selection of trends for 2017 and beyond. Let’s not confuse a fad with a trend. A fad is short lived, while a trend has the ability to sustain growth and often becomes mainstream. Although Atkins appeared to be a trend, it was not to be and cost many companies dearly in R&D, operation and marketing costs, that all had to be reversed as fast as it came on.

I’ve never seen such importance placed on vegetables. Even the world’s most prestigious culinary competition, the Bocuse d’Or, decided that one of the two dishes to be presented for the judges would be composed exclusively of fruits, vegetables, cereals, seeds or legumes. Quite a departure for the competition, which is celebrating its 30-year anniversary this year, but it reflects the worldwide trend.

It seems that cauliflower is the hero in this category. This vegetable is finding its way into our homes as much as it is in restaurants, and even the freezer in your local grocery store. My favourite way to eat this is baked whole in the oven with herbs, spices and cheese. And plant-based restaurants used to be few and far between, but now there are numerous chef-driven concepts popping up all over in Canada and the U.S., with some headed by celebrity chefs.

Many companies are trying to educate consumers as to where they can find protein beyond the protein bar. Protein is found in

numerous foods including beef, pork, turkey, chicken and fish, like salmon, as well as octopus. Many plant-based items also have high levels of protein. Items like tempeh – which is made of whole soybeans – black beans, chick peas, nuts, lentils and quinoa are all good ways to increase your protein intake. I think Pulse Canada did a fabulous job promoting the benefits of consuming pulses during 2016, the International Year of Pulses.

A perennial plant from the ginger family, known for it’s medicinal properties, turmeric is also commonly used to give food and beverage products a yellow colour, including in orange juice, ice cream, dairy products, yogurt and sauces. The hot tea category is one where I see turmeric being featured heavily right now in new product introductions. It’s also a key ingredient in curry powder blend.

Nitrogen-infused cold brew coffee had a very short incubation period, and within a year we saw small start-ups selling their products. Large-scale production quickly followed and was introduced by some of the world’s largest coffee outlets.

Kombucha shows no sign of slowing down. The fermented and sweetened flavoured tea beverages lend themselves to various flavour profiles as well as the halo of health benefits. Coconut water is becoming a staple after a few years of very rapid growth.

French for “under vacuum,” this cooking method involves having food sealed in food-safe plastic bags and placed into a water bath at a precise temperature for a precise amount of time to get repeatable, perfectly cooked product. I’ve recently seen an article stating sous vide is back. Well can I say, it’s never gone away. It’s been rising in popularity in professional kitchens and now in domestic kitchens. The technique made its way into restaurants in the mid 1970s and is now fairly standard in many professional kitchens around the world, as well in many home kitchens due to the drop in price for sous-vide devices.

And watch for these emerging trends in the near future:

Yes, the same floating balloon you used to suck the helium from to talk like a chipmunk is now an edible reality. The balloon is made from a blend of sugar-like ingredients, so you can eat the balloon after you deflate it.

It’s not as scary as it sounds. One of the food-based printers, called the Foodini, does not load additive-laden food tubes into the machine. Rather you create the savoury or sweet food purées yourself and then the device dispenses a variety of patterns onto the plate letting your imagination run wild with what you can create.

Although the drying process is quite expensive and not very accessible, the taste and texture has a unique offering for people wanting a crisp fruit, vegetable or ice cream that packs a punch in terms of flavour.