A new range of food categories are including CBDs 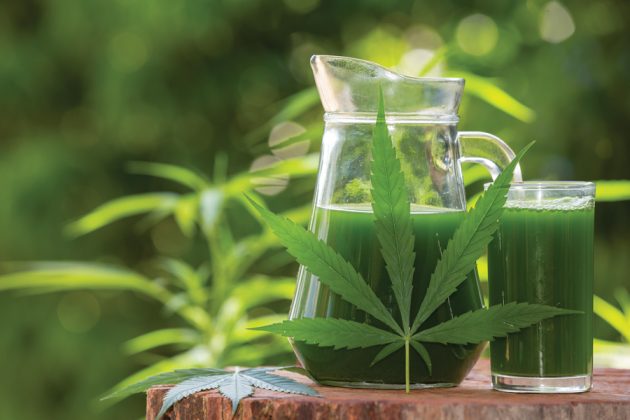 As the Canadian cannabis market nears its third year of legalization in October 2021, consumer awareness of cannabis is evolving. We are now able to access a broader range of products, including edibles and beverages that do not contain high THC content. Alternatively, CBD (cannabidiol) is now better understood as a wellness, dietary and functional ingredient, and companies are creatively integrating it into a range of CPG products.

According to U.S.-based Charlotte’s Web, a leader in full-spectrum hemp extraction with CBD, cannabinoids help our bodies to stay balanced and in good overall health, even when external factors and lifestyle choices diminish well-being. From a 2017 study by the Brightfield Group, top conditions treated by CBD include depression, insomnia, anxiety and joint pain. More than 40 per cent of CBD users have stopped using traditional medications, while 80 per cent of CBD users found these products to be an effective treatment.

In an April 2021 Food Technology article, CBD ingredients are well-positioned for the mainstream food and beverage market because they tap into consumers’ ongoing interest in functional foods and natural approaches to health care. From a 2020 Natural Marketing Institute study, consumers purchased CBD products for pain management (43 per cent), reduced anxiety (39 per cent), relaxation (33 per cent) and reduced inflammation (27 per cent).

U.S.-based Caliper Foods specializes in processing, manufacturing and distributing soluble CBD. Their head of R&D sees the biggest trend is combining CBD with specific amounts of minor cannabinoids, terpenes, and/or other functional health-focused ingredients, catered to specific ailments that CBD is already positively associated with, to help new entrants stand out in the crowded marketplace. CBD doses per serving have also increased from 5 to15 mg to the 20- to 40-mg range, which is partially fuelled from the cost of CBD dropping as supply has increased over the last few years.

A part of the innovation in CBD ingredients is the development of nanoemulsion systems. While CBD nanoparticles are not water soluble, the particles are small enough to remain suspended in high-viscosity beverages. People are seeking fast-acting cannabinoid-infused products that are more easily absorbed for quicker onset, predictable experiences. Albeit, there is a known lack of consistency in CBD ingredients and finished products, and due to CBD’s popularity, many inexperienced players are attempting to provide supply (Brewster, IFT, April 2021).

CBD is found in many new wellness foods and beverages

CBD is finding its way into new foods like gummies or candies, popular for their consistency, compact form, and compatibility with other ingredient formulations. In beverages, CarryOn was developed by Ocean Spray Cranberries’ Lighthouse Incubator. The incubator focuses on accelerating wellness-oriented product innovations. In August 2020, Pepsi began distributing Kalo, a hemp-infused seltzer to major grocers and natural food markets in the New York area, and Martha Stewart has launched a line of CBD products, for both humans and pets. These are available through Canada’s Canopy Growth. According to the American Pet Products Association, 68 per cent of U.S. households have at least one pet. In the U.S., Recess has become one of the most popular CBD-beverage brands that focus on user occasion, and as an alternative to alcoholic drinks.

CBD is garnering attention as the non-intoxicating, non-psychoactive cousin to THC. It is considered to have anti-inflammatory, anti-anxiety, and anti-psychotic counterweight to THC. Consumers increasingly understand the benefits of CBD, and are looking for unique consumption formats. Research is also beginning to better understand other minor cannabinoids such as CBG, CBC, CBN and CBGa, including a series of terpenes found in cannabis and hemp extracts. For example, CBN has been shown to induce sleep and increase sleep time (Brewster, IFT, April 2021).

Amidst growing demand for CBD products, it is worth mentioning the distinction between cannabis and hemp markets in North America. With passage of the 2018 U.S. Farm Bill, hemp and its derivatives, including CBD, were no longer classified as controlled substances. This has significantly impacted production of CBD in U.S.A. from hemp plants. While the U.S. Food and Drug Administration continues to issue warning letters about advertising CBD with therapeutic claims, consumer brand advocates keep pushing for a durable national regulatory framework for the production and use of CBD and hemp derivatives in food and beverages. According to FoodDive in January 2021, the U.S. is expected to be the largest market globally for CBD, and several Canadian companies are now entering that market through acquisitions and product launches.

In research by the Brightfield Group with data from New Frontier Data, BDS Analytics and Arcview Market Research, the global CBD market is expected to reach $22 billion by 2022, while the U.S. CBD industry is expected to triple in market size in the same year. In April 2021, IFT’s Food Technology magazine added that 20 per cent of U.S. adults have reported purchasing a CBD product at least once, and CBD edible sales (e.g. food, candy and beverages) in mainstream retail outlets are expected to hit $5.7 billion in 2024.

All of this is fuelled, in part, by a series of high-profile mergers and acquisitions. In January 2021, Truss CBD USA was created from a joint venture between Canadian cannabis company HEXO, and Molson Coors Beverage Co. It launched Veryvell, a line of non-alcoholic sparkling CBD beverages as a self-care brand, with claimed adaptogen health formulations. Further, in 2019, Canadian cannabis company Tilray bought Manitoba Harvest, a long-time hemp food producer, and the acquisition is now producing a line of CBD-infused food and wellness products for the North American market. In late 2020, Canadian cannabis company Aphria merged with Tilray, partnered with beer giant AB InBev, and are expanding into the U.S., creating further cross-over between beer and cannabis industries.

In conclusion, the CBD food and beverage sector remains highly dynamic, and is expected to meet market demand for alternatives to alcoholic drinks with health and wellness products.

This article was originally published in the September 2021 issue of Food in Canada.